Indonesian Villagers Thought They Attacked an Alien, But It Was Something Else

The mythical creature called the "chupacabra" has been terrifying villagers and farmers for centuries. It began life as a scary story parents would tell their children in Latin America. Over the years, the myth has spread all over the world, and there are now firm believers in the chupacabra even in countries such as Russia, Indonesia, Australia and even the Philippines. The name literally means "goat-sucker," as the creature is believed to feed on livestock.

People in Different Countries Have Spotted The "Chupacabra"

Since there is no definitive proof that a chupacabra even exists, the reports on the creature vary depending on in which country it had been spotted. Most reports have been made in Mexico, Puerto Rico, Chile and even states like Maine and Texas. 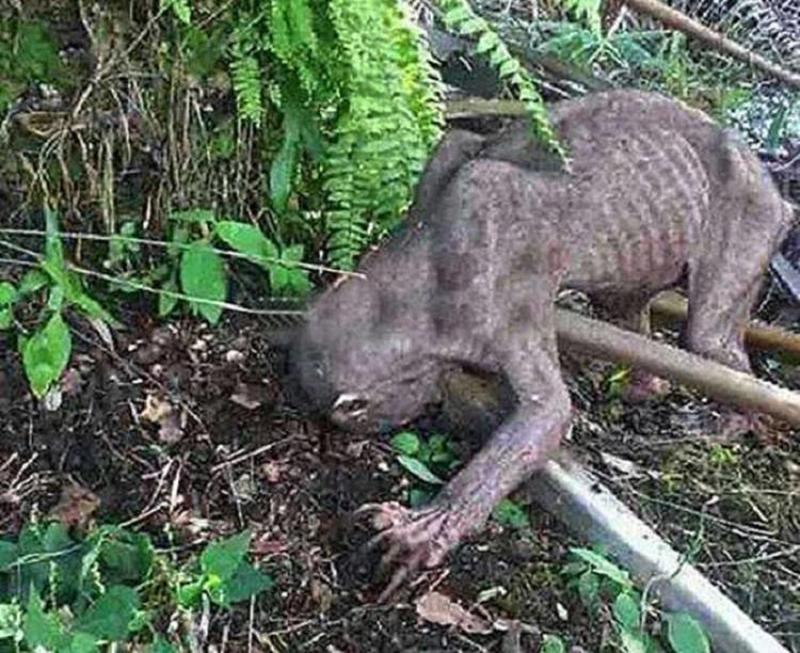 Many Sightings Are Nothing More Than Coyotes

According to a leading biologist on the subject, Barry O'Connor from the University of Michigan, most sightings of the so-called "Chupacabra" are nothing more than coyotes infected with the parasite Sarcoptes Sscabiei, which gives them that weird alien-like look. 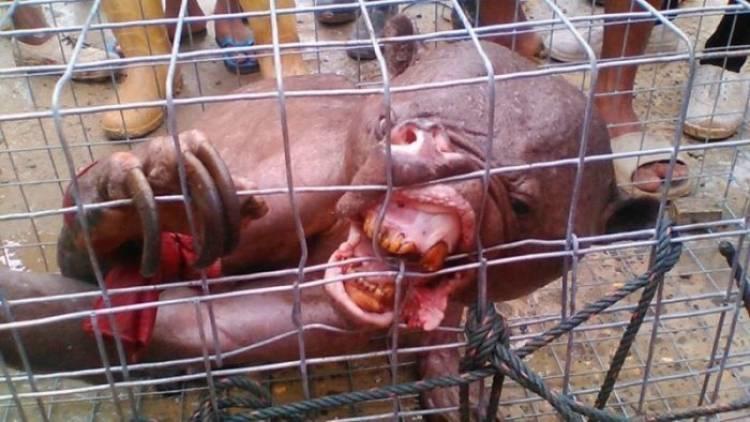 The Latest Spotting Was in Borneo, Indonesia

This latest spotting of a potential alien or chupacabra, was in the village of Borneo, Indonesia. The villages had the scare of their lives once they had seen the animal. The creature was hairless, emaciated, and no one had seen anything similarly-looking in the region. 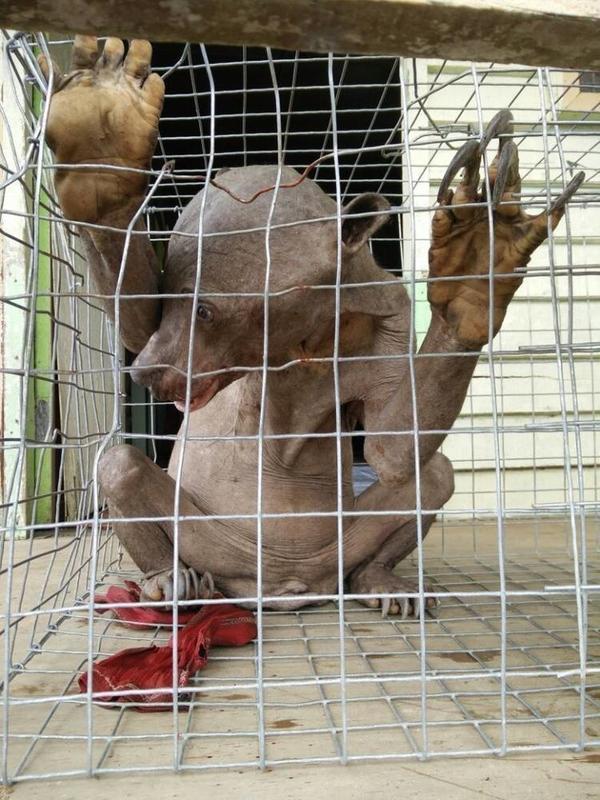 The Rumor About a Possible Chupacabra-Sighting Spread Widely

Immediately after seeing the dreadful-looking creature, a rumor spread throughout the village that a chupacabra might be present in their midst. This caused great panic, as the villagers did not know what to do next or how to handle this crisis. 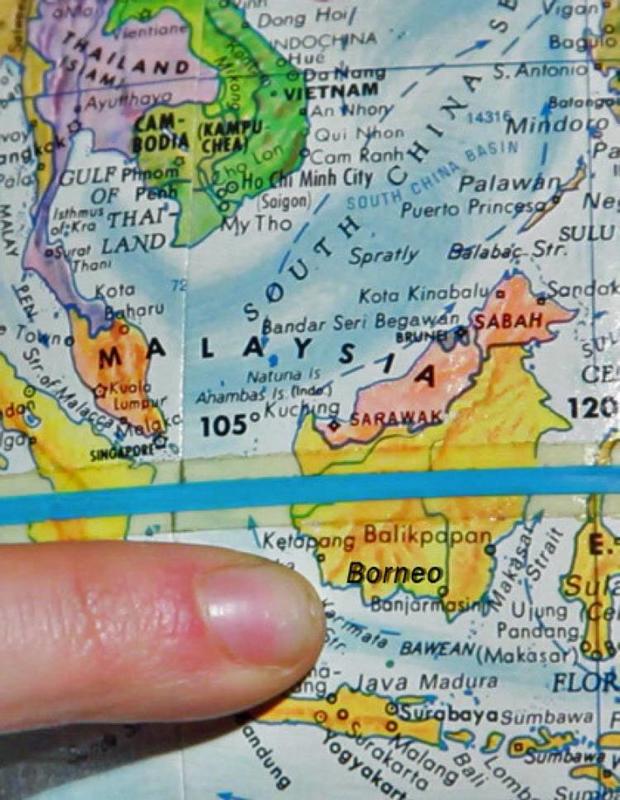 People Saw the Creature at a Palm Oil Plantation

The villages saw the creature at a palm oil plantation. It looked weak and scared - it probably hadn't had a decent meal in days or even weeks. Its emancipated look didn't help its cause - the villagers still trying charging at him. 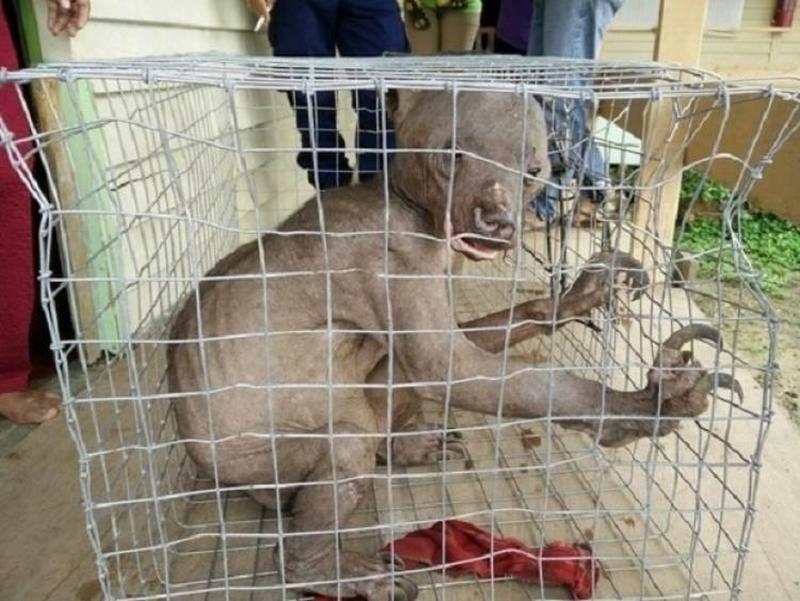 One of the Men Claimed the Creature Attacked Him

One of the men that fought with the animal, claimed that the creature attacked them first. Herman Tutu told reports: "We were shocked. None of us has ever seen such thing. One of us then hit the animal until it appeared to have passed out." 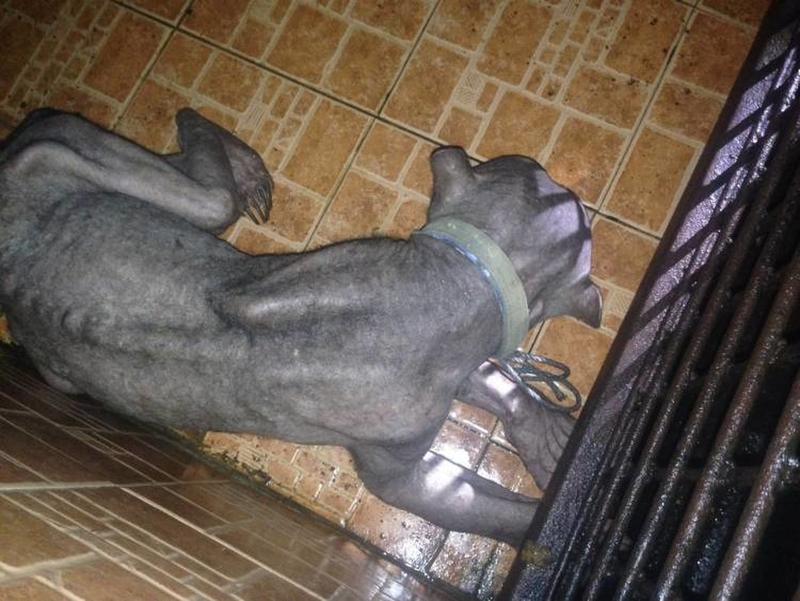 They Beat the Animal Up With Sticks

In an interview with reports, the villagers confirmed that they beat up the animal with sticks and other nearby debris. Some of them even said the creature didn't look to them like a chupacabra, but more like Gollum from Lord of the Rings. 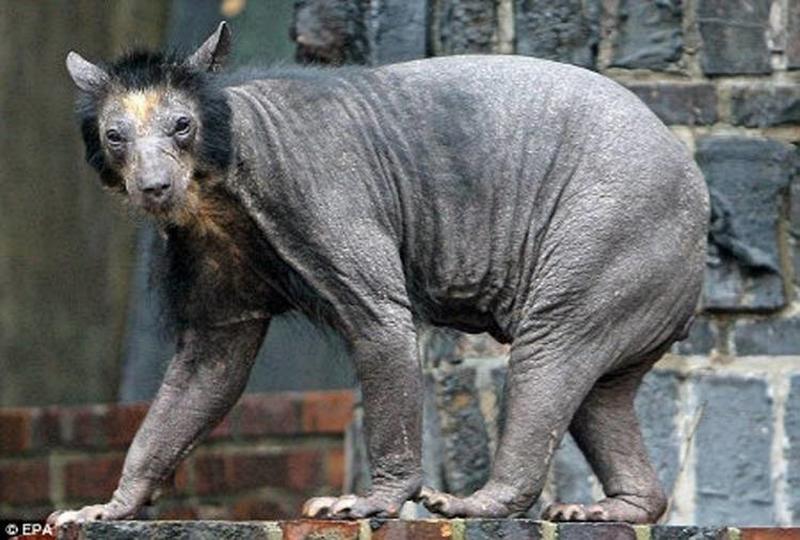 Some Believe the Creature is Not From This Planet

If you think that the people that thought the creature is a chupacabra or Gollum from Lord of the Rings are weird, wait until you hear this - some even believed that the creature was extraterrestrial in nature - as in, not from this planet. 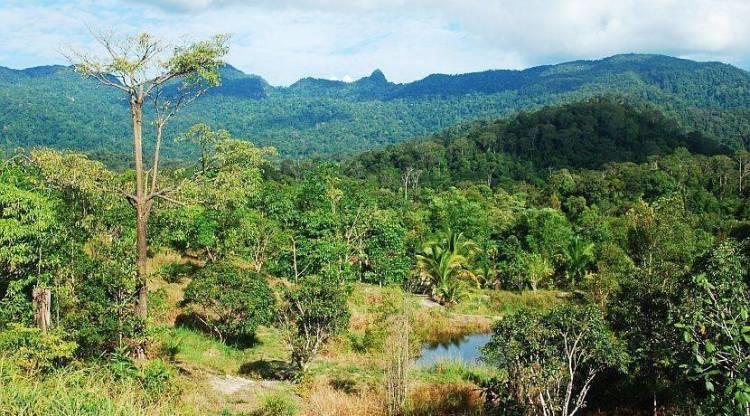 The "Alien" Turned Out to Be a Sun Bear

The supposed "alien" creature or monster of the jungle, turned out to be a Sun Bear. A normal individual from the sun bear species weights anywhere from 60 to 150 pounds and has far over its skin. This bear confused the villagers due to the lack of fur. 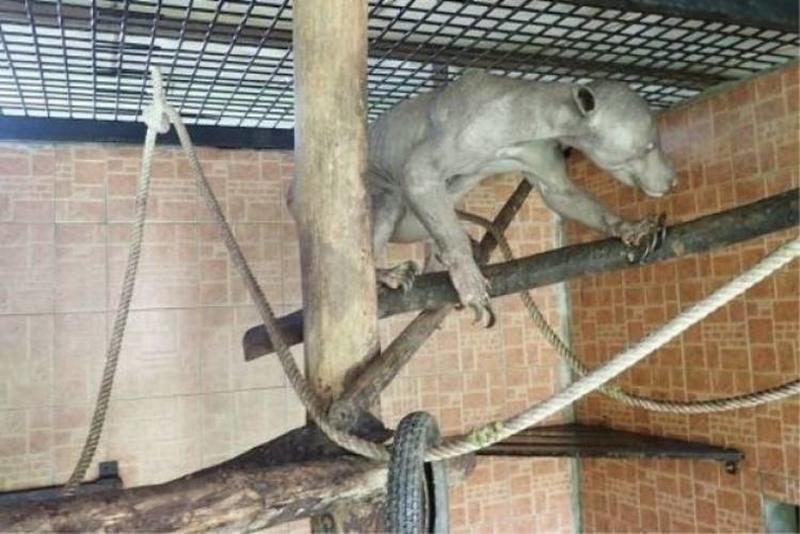 The Sun Bear is the Smallest in the Bear Species

The Sun Bear is so small, that even some dog breeds may be larger. The animal is considered vulnerable according to the International Union for Conservation of Nature. This means that hunting is explicitly prohibited and may carry criminal charges. 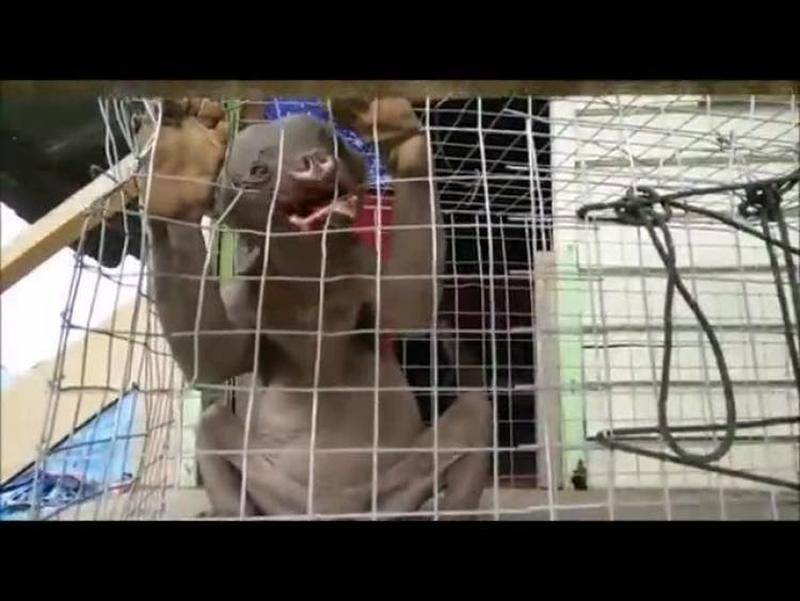 The Sun Bear's Population Is in Decline Due to Poachers

There are two main reasons why the Sun Bear is facing a serious population decline - one is due to poachers (poachers are illegal hunters) and the other is from farmers who are killing these animals since they eat their crops. 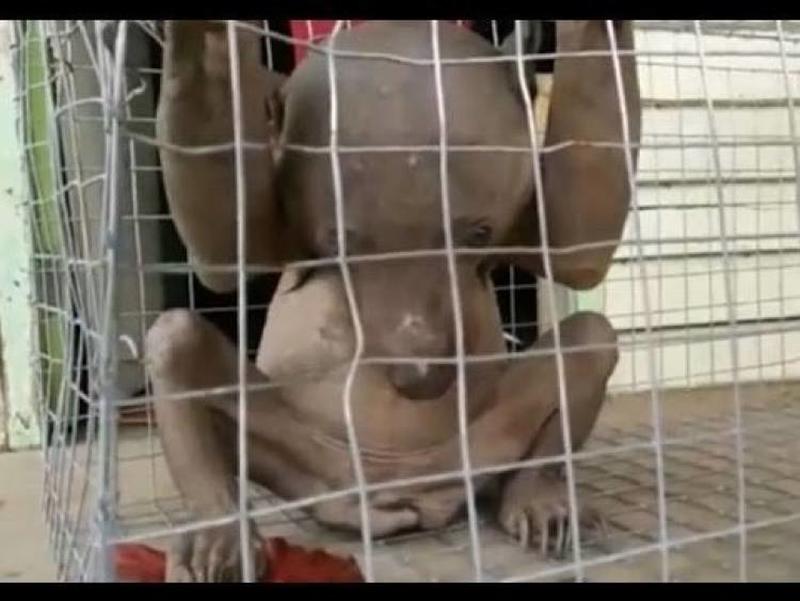 The Deforestation Is Ruining the Bear's Habitat

Another reason for the decline in the numbers of the Sun Bear in the wild is the increasing amount of deforestation that is seen in Borneo. The island of Borneo is shared is divided among three countries: Brunei, Malaysia, and Indonesia. 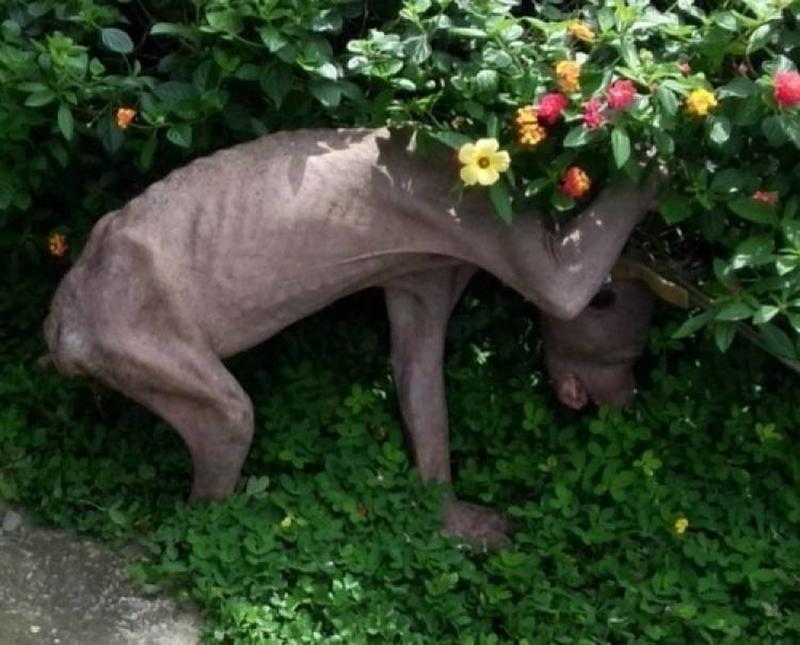 Their Population Has Decreased 30% in the Last 40 Years

Due to all of these combined factors, the Sun Bear population has decreased a whopping 30% in the last 4 decades. That's an extreme number - it basically means that 1 in 3 Sun Bears are already gone. If we don't change something, the Sun Bear faces further decline. 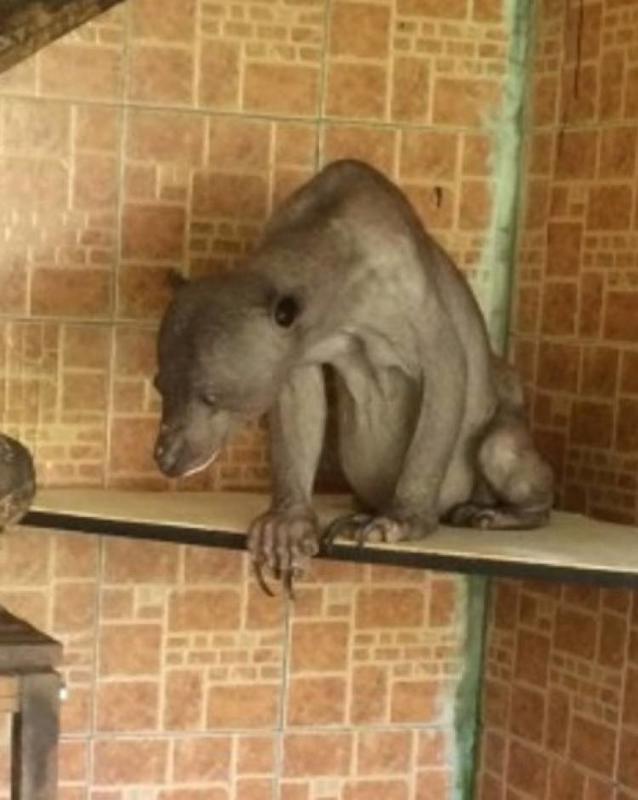 Borneo Is a Huge Place

According to a list on Wikipedia, Borneo is the 3rd largest island in the world. Due to its climate and location, Borneo is also considered to be one of the most biologically diverse places on Earth. More should be done to preserve the animal population on this island. 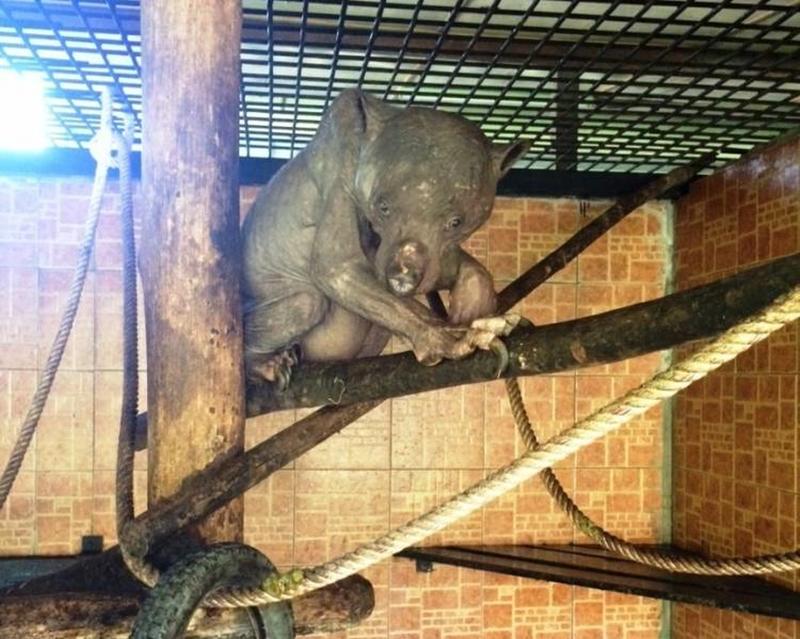 The biological diversity on Borneo is so huge, that recently, a 2-week expedition lead by scientists discovered 160 new animal species. That's a huge amount, in such a short time-frame. There are also many kinds of animals that are endemic to the island. 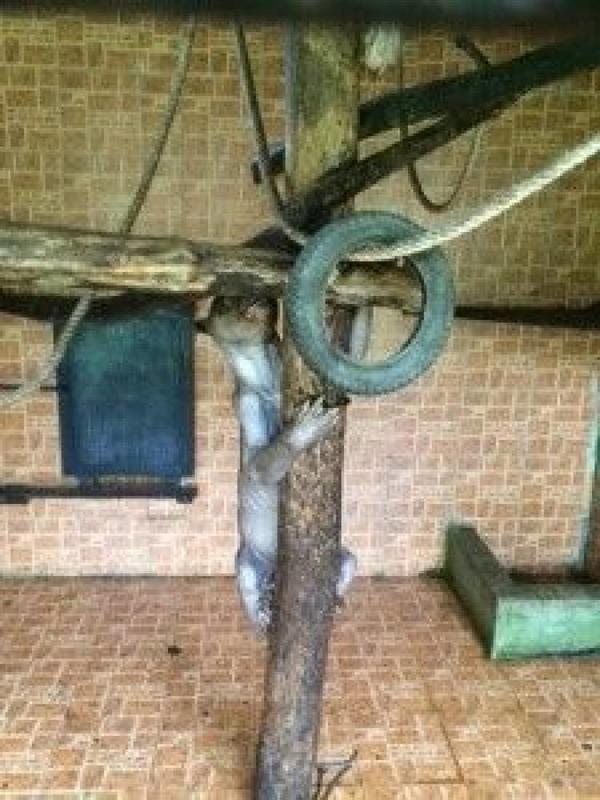