Some of you may remember Ariel Winter at the beginning of her role in the popular show Modern Family as a young glasses wearing, aggressively bookish girl, but she has since blossomed into a full blown woman. Recently she hit the red carpet in a stunning dress that featured cut out sides and a strapless neckline, and you could definitely tell that she wasn't wearing a bra or underwear. Some people thought this was an indecent choice, but shouldn't she be able to dress as she likes? 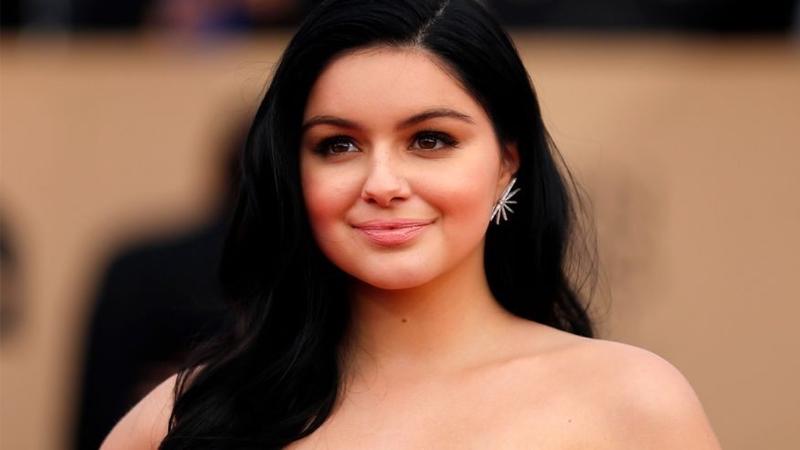 At A Premier For 'Smurfs: The Hidden Village'

The day in question was at the premier of the new animated movie 'Smurfs: The Hidden Village.' This movie is a children's movie, and the majority of the coverage of the premier was for news outlets who are mostly viewed by children, such as Disney and Nickelodeon. 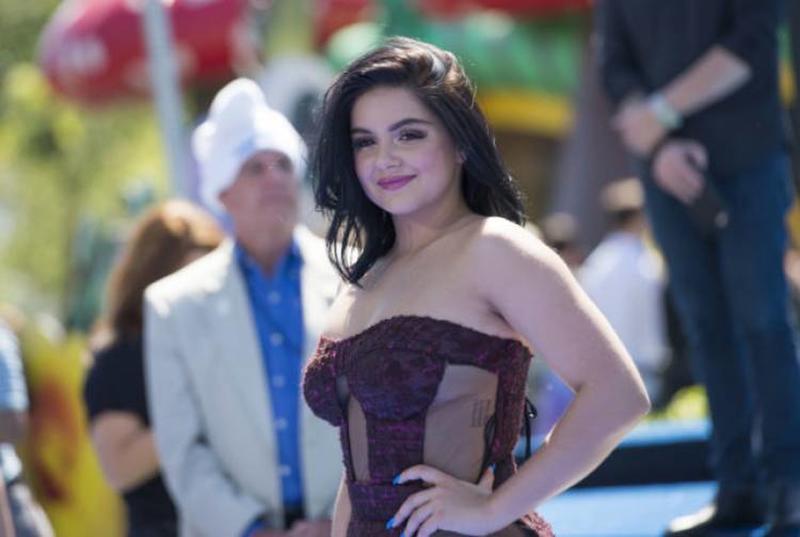 Some People Thought Her Outfit Was Indecent

Because this was an event for children, many thought that Ariel's choice of dress was inappropriate. It does show a lot of skin. As you can see in these pictures the majority of Ariel's skin is showing, and you can definitely tell that she is not wearing a bra or underwear, which parents thought was not appropriate for her kids to see. 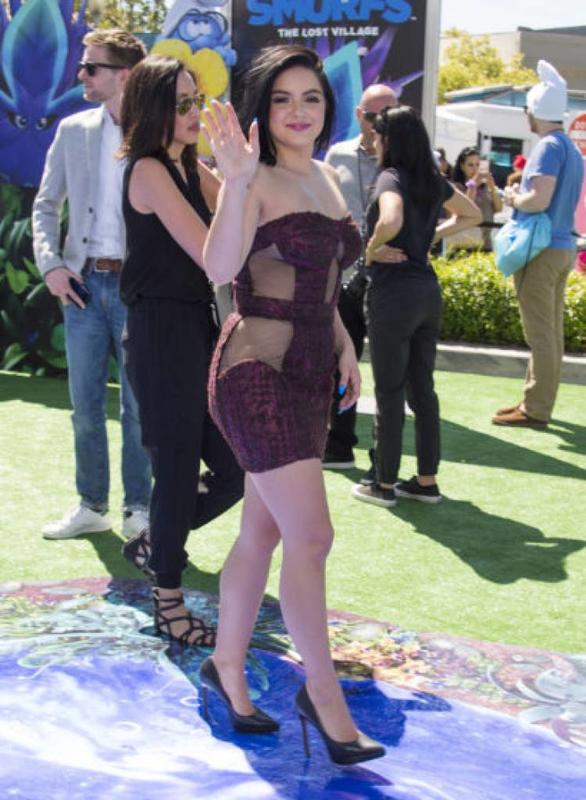 Ariel Didn't Seem To Think Anything Was Wrong

As you can see in these photos Ariel is strutting this outfit around the runway with pride. She looks like she is feeling amazing, all confident, chin up, and smiling. It doesn't seem like she knows yet that this outfit will turn out to be a bit of a thorn in her side as time goes on for its revealing nature. 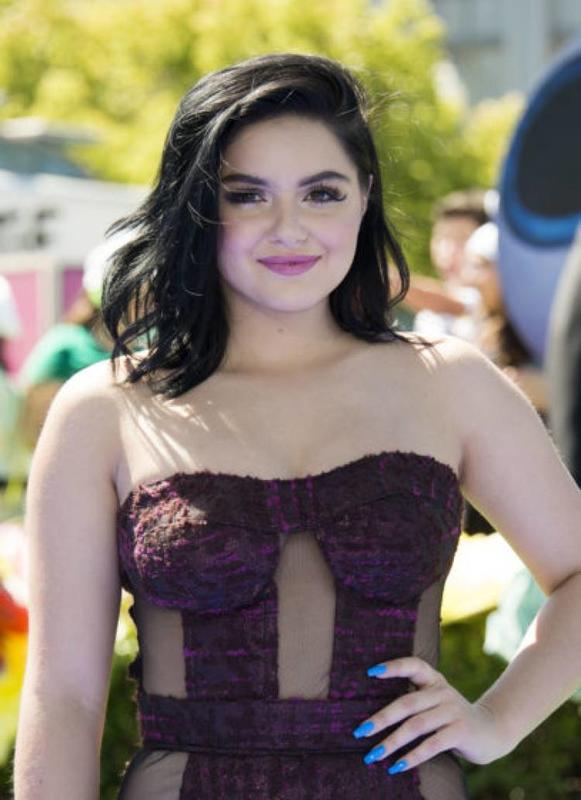 She Does Look Amazing

Without a doubt, any other criticisms aside, Ariel does look amazing. The actress has in the past gone through bumps with her body appearance. Although being vocal constantly about the importance of self love she has had frustrations with her own, which lead her to actually undergo a breast reduction surgery in 2015. 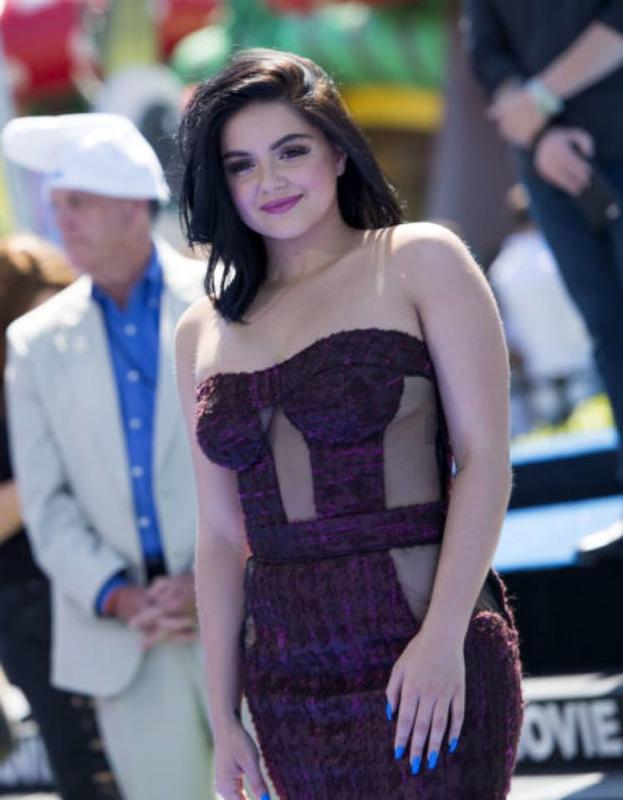 She's Gone Out In Less

Without a doubt this is hardly the most revealing outfit that Ariel has been seen around town in. Here you can see her out for a night of partying on the town with her friends. This is a pretty standard example of the type of outfit that she likes to wear, and is popular for most celebrities around her age to be wearing. 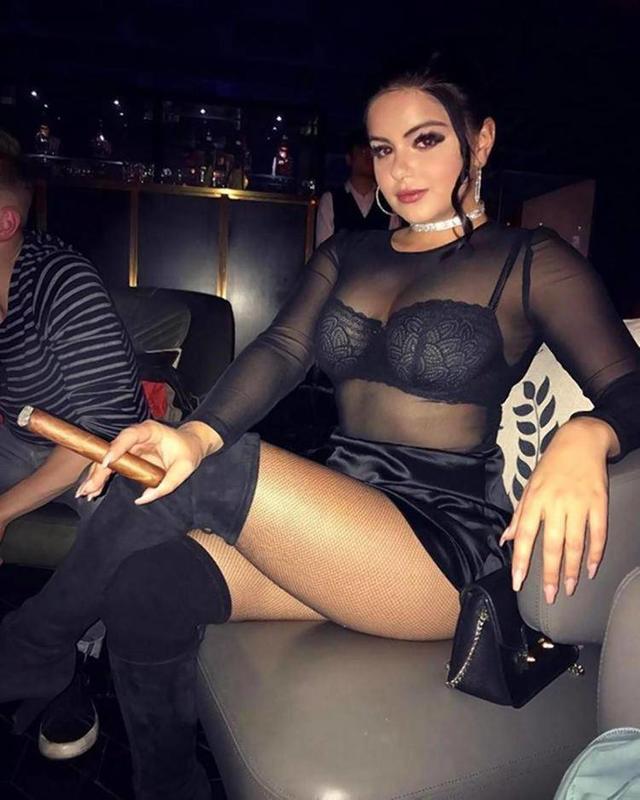 She's Not Having The Slut Shamers

Various people have commented on her posts saying things such as "Is it a movie premier or club opening???!!" or saying that she should "Have more respect for [herself]... don't need to flaunt her tits to get attention." These people are trying to shame the young actress about the way that she chooses to dress. 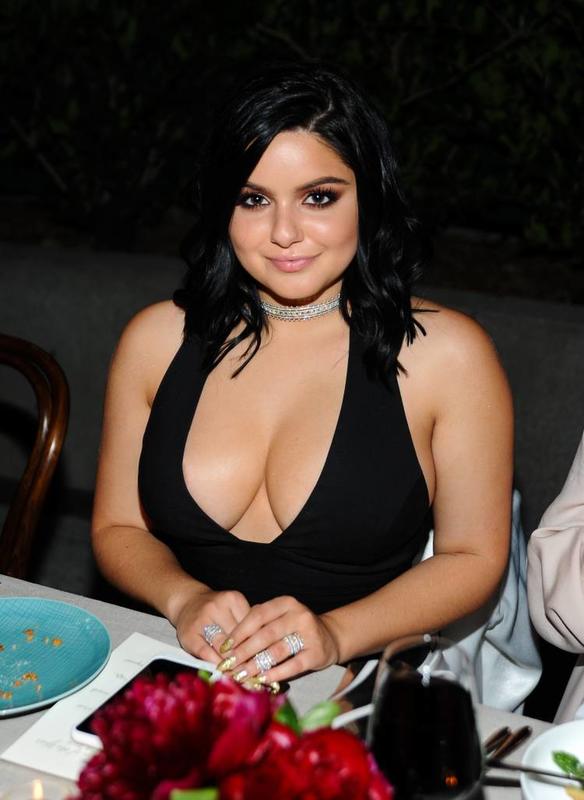 Saying It Loud And Proud

Ariel responded to these haters saying "Every time someone bullied me online, it gives me a chance to re-emphasize to my fans, and even myself, how important self-acceptance is." By this she means that she chooses to not care about others perception of her and just hold strong in what she wants to do. 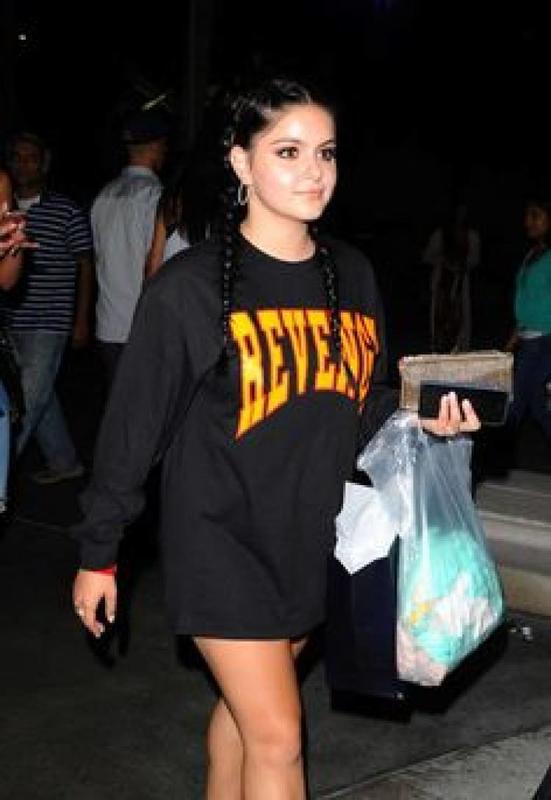 True She Is No Longer a Disney Kid

People who are mostly used to Ariel as a child star, are understandably surprised by her change. And it is true that she does present herself very differently than her original image back when she was a child star. However that is very natural as almost everyone changes and grows, she just happens to be filmed going through that. 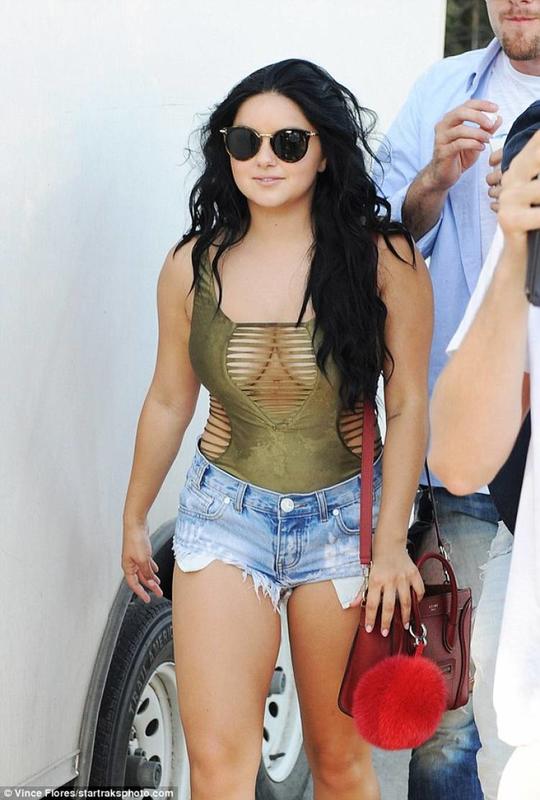 One thing that Ariel is well known for is using her celebrity to promote self acceptance. As previously stated Ariel has struggled with her own body image. In an industry dominated by extremely thin 'picture perfect' women, Ariel was extremely curvy in comparison. Having to overcome this industry bias made her fiercely all for self love. 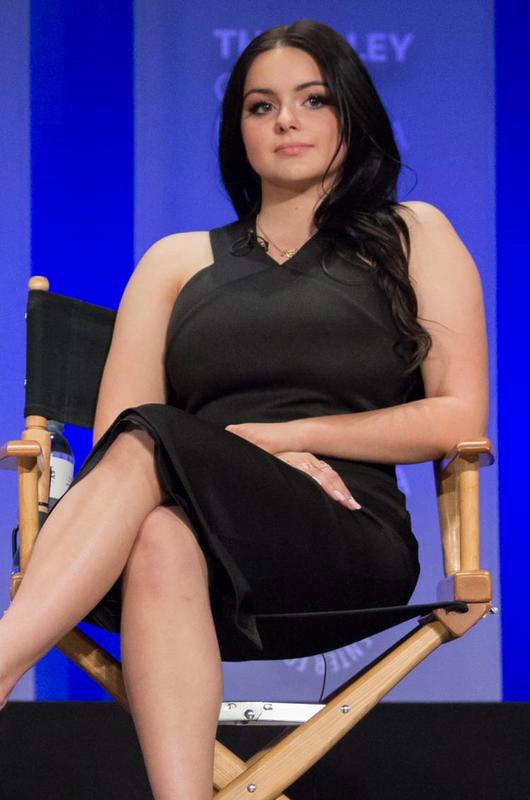 Not Afraid To Bare It All

On top of her willingness to bare skin, Ariel is also ready to show her bare face. Right now we are in a huge phase of instagram makeup trends and it is more common to see a photo of a celebrity wearing a massive amount of makeup than not, baring her face with no makeup shows as much bravery as bearing skin. 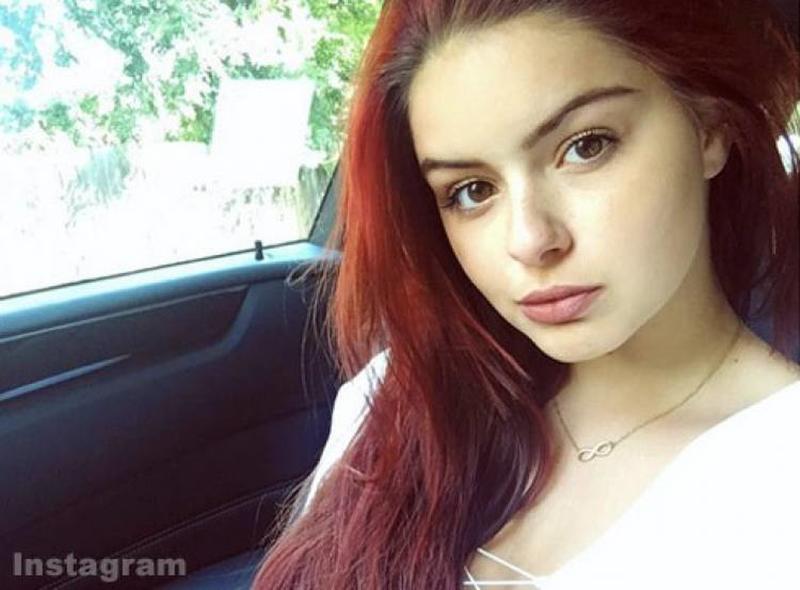 A Bit Of Background On Ariel

If you aren't familiar with Ariel you might be wondering what all of the fuss is about. She has been acting since 2002 when she was only 4 years old, acting in a Cool Whip commercial. Since then she has been consistently in the public eye as she has been active in Hollywood every year since. 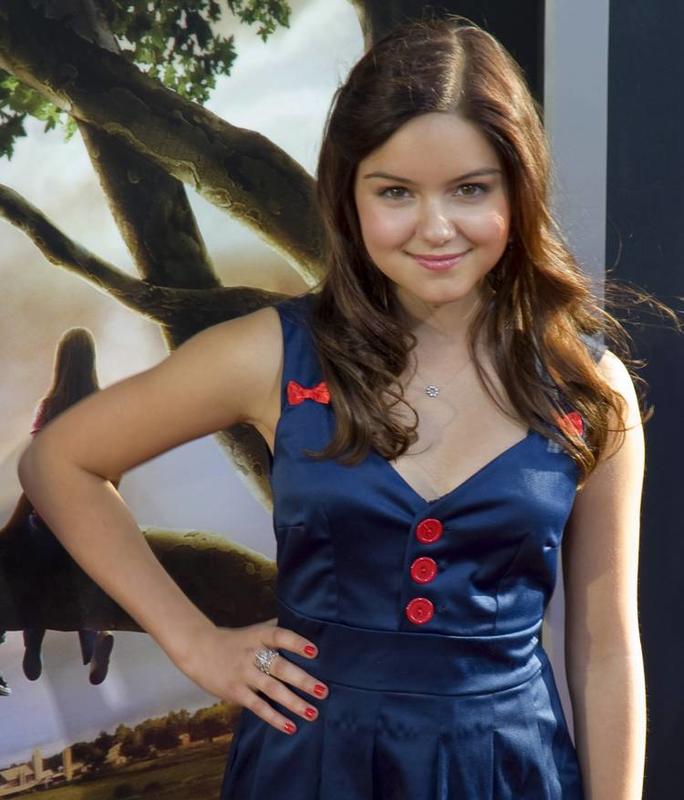 In the popular animated Disney show Phineas and Ferb Ariel got her first big production role that lasted from 2007 to 2015 as Gretchen, this is a widely known show but did not put her that much in the public eye because it's an animated show. She became a recognizable face when she landed a role in popular show Modern Family. 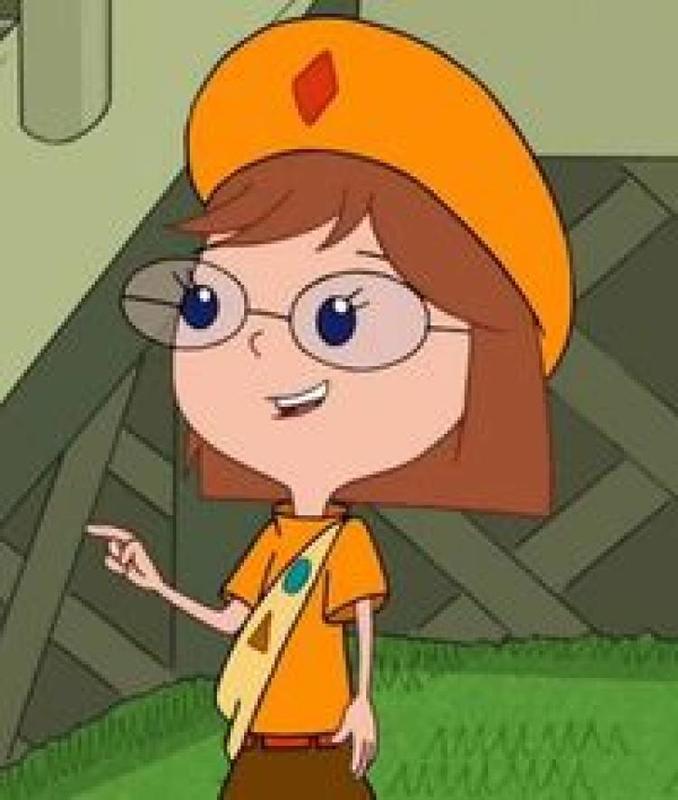 Ariel has been nominated for 7 Screen Actors Guild Awards, 4 of which she won, and 3 Young Artist Awards, one of which she won, since she started working in the show Modern Family in 2009. The first of these awards she won in 2010 when she was only 12 years old, way to go Ariel! 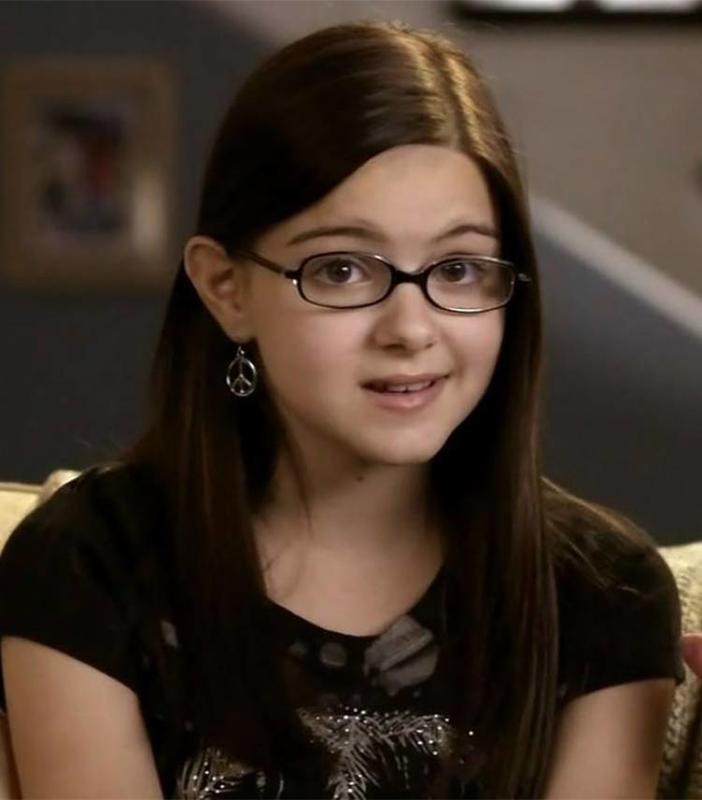 Ariel is one of 3 children in her family all of whom are in the acting world. She seems to have had a bit of a rocky childhood and even became an emancipated minor to get away from her mother. All is good now though, as reportedly the two have made up and Ariel is now living in her own home with her long time boyfriend. 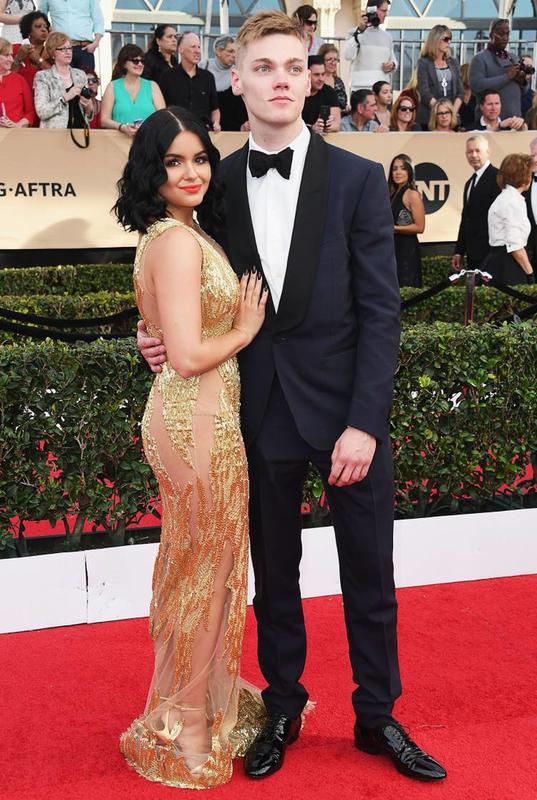 What We Think? Let A Girl Live!

After all of this you might be wondering what is our perspective on this whole series of events? We are all for her wearing what she wants! There is nothing wrong with showing skin, especially if you have a great body that you have worked hard for, and telling women to cover their bodies is not a message we want to send to kids. 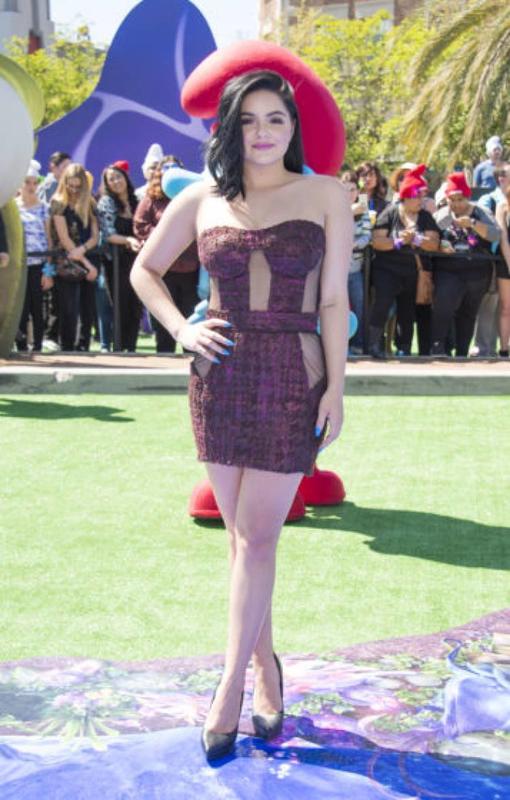