Ben Affleck has gotten himself in quite a pickle. A few days ago, video footage appeared online that showed him groping Hilarie Burton in the very first moments when they started out filming an interview between them. Now, a SECOND video has appeared, that shows Ben Affleck getting a news reporter on his lap, hugging her, touching her over her body, and other flirting's. He apologized for the first video, but let's see what happens with this second footage. 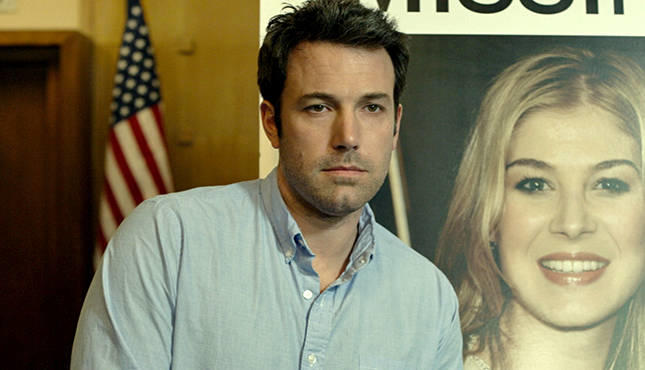 The TV Presenter in the video is called Anne-Marie Losique, and she of French-Canadian origin. The interview was filmed during a time when Ben was promoting his latest 2004 movie - called Jersey Girl. The movie flopped at the box office. 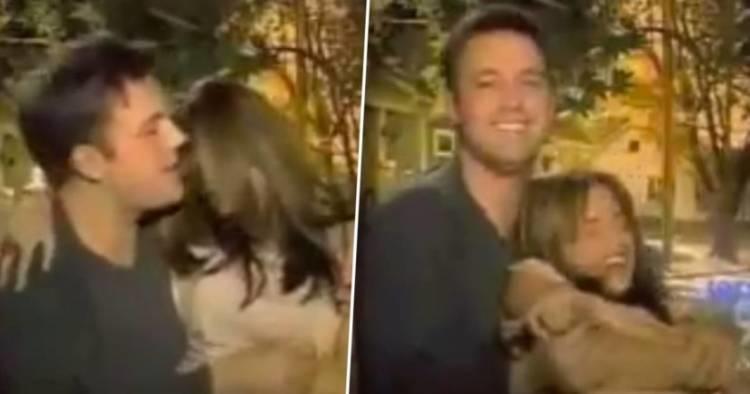 He Asked For a Topless Interview

In one of the flirting during the interview, Ben jokingly said: "They would like the show better if they did it topless, wouldn't they?" He was referring to the reporter's breasts, and it appears as if she took the joke quite well. 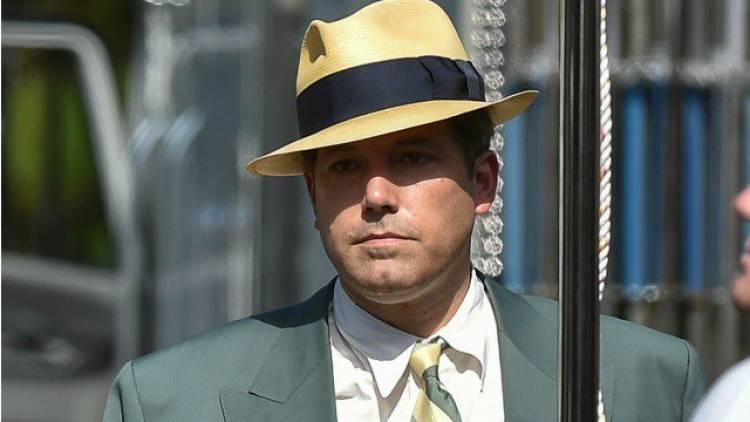 He Mocked People With Cerebral Palsy

Some people have dubbed the interview as "disgusting" since he also mocked people with cerebral palsy. There are thousands of children affected by this rare disorder every year, so it is definitely not funny to make fun of their misfortune. 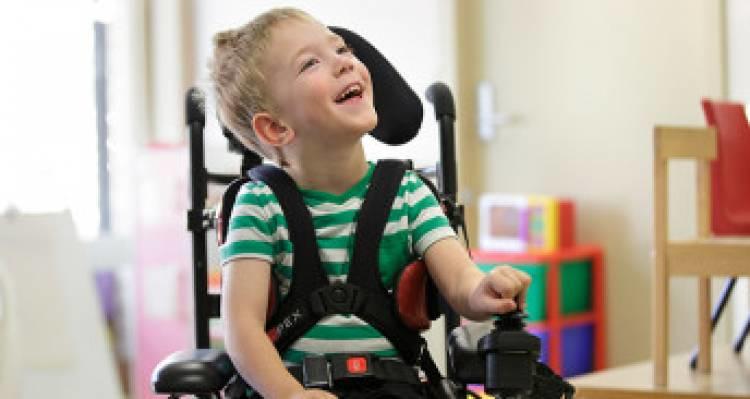 Ben said, "We could do the interview like this" before starting to hug her all over her body. He continued by telling her "That's a lovely perfume you have on" and smelled her neck while she was smiling for the camera. 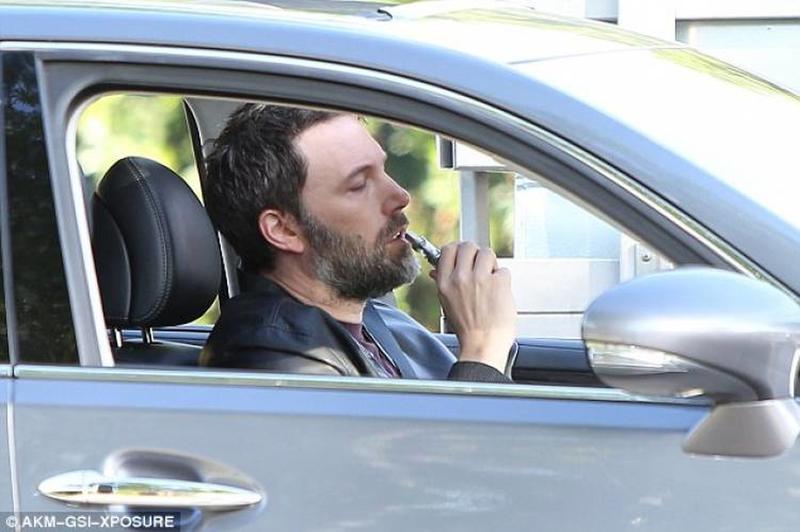 "You usually show a lot more cleavage than this"

Ben was particularly angry at the lack of cleavage during the interview. They knew each other from before, so we can presume that the news reporter was usually more dressed up during interviews - it is still a weird question to ask. 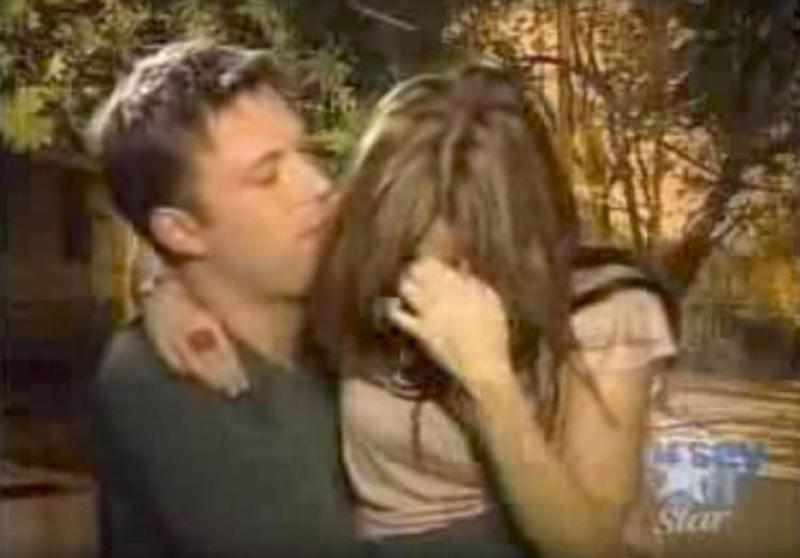 "That never stopped you before from getting them t**ties out"

In of the more extreme moments during the video, Ben also murmured "that never stopped you before from getting them t**ties out. Who you trying to fool, 'Sunday morning'? You could be in church, you should have that rack on display." 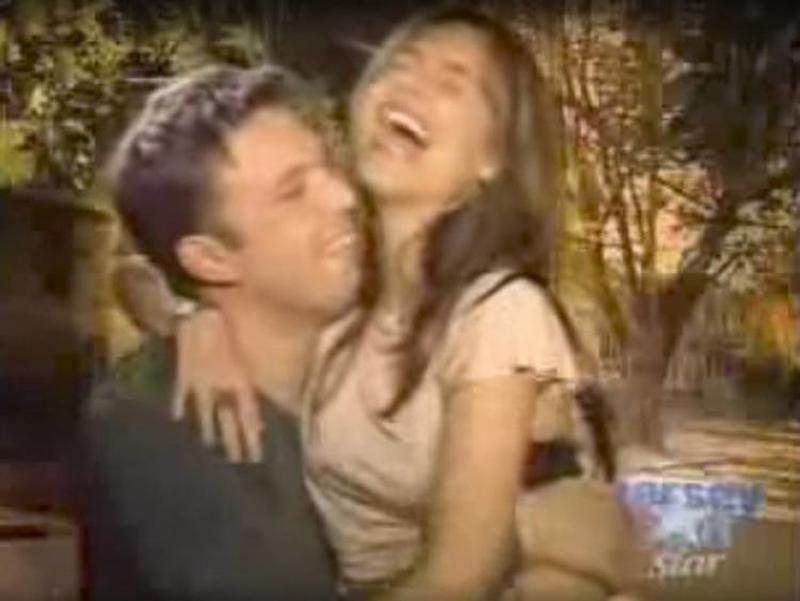 In an even more shocking moment, after telling her to go work for Fox News in LA (because they have a pole that they can dance on) he also said in a slurred way "These breasts are really firm, suspiciously firm ... they are like two giant stones." That's a terrible analogy for breasts, Ben! 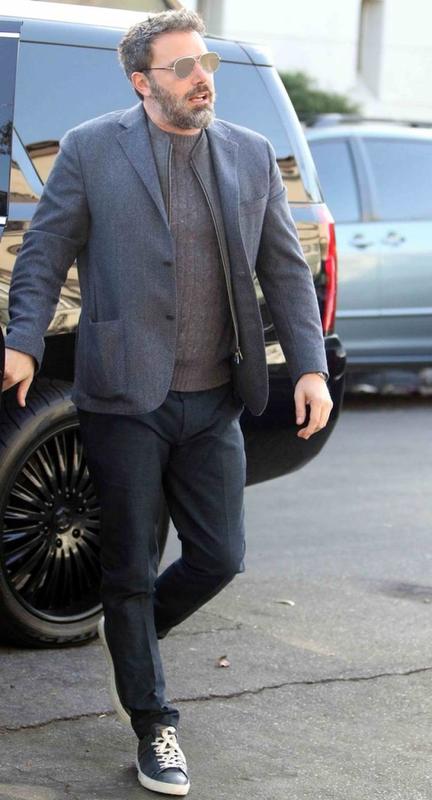 He Twisted Her Nipple

In another part of the interview, Ben asked Anne-Marie if she'd like to create a Janet Jackson style stunt and do a nipple-slip (this happened during the 2004 Super Bowl). It also appears as if he twisted her one of her nipples while he said this. 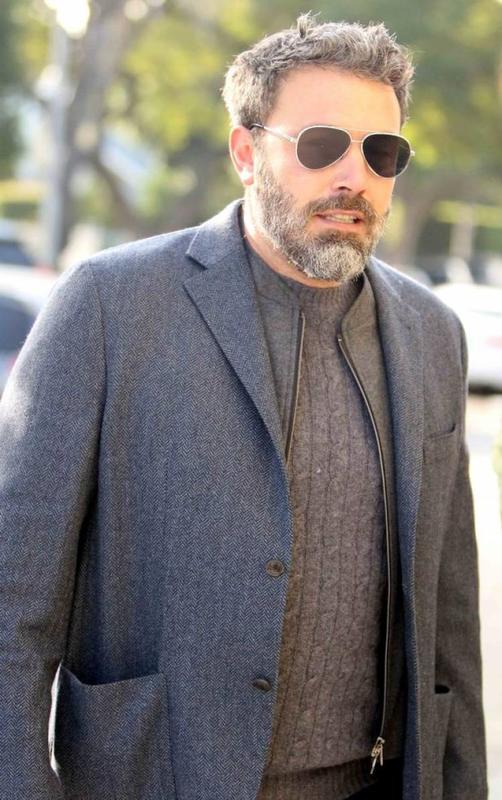 "Are you wearing your nipple ring?"

It is not entirely verified if he did, in fact, twist her nipple, but he did ask if she was wearing her nipple ring? This implies that he already knew that she wears a nipple ring, which is suspicious. Ben was in a relationship with Jennifer Lopez at the time. 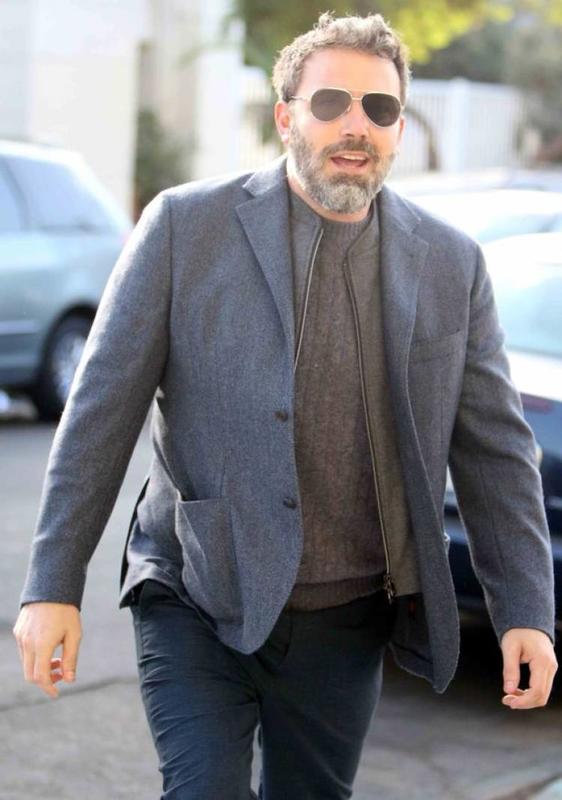 "All you want to do is have sex all the time" 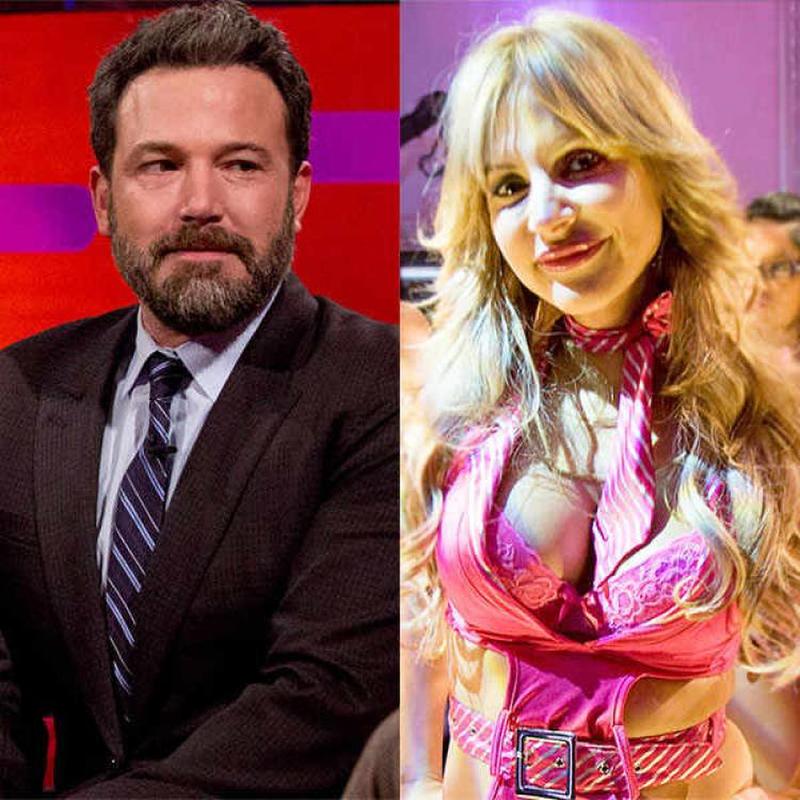 About Flipping the Script

I know I'm inserting this piece of manly advice mid-article, but it is for your benefit, dear reader. "Flipping the script" is when you accuse the woman of something that usually men do - like for example saying "do you say this to all guys?" implying that she is the one chasing you.

Was He Drunk During the Interview?

There are some rumors that Ben was in fact drunk during the interview, because of the slurred speech he has. This is not entirely confirmed, but it would be a bad image for the actor behind the latest Batman movie. 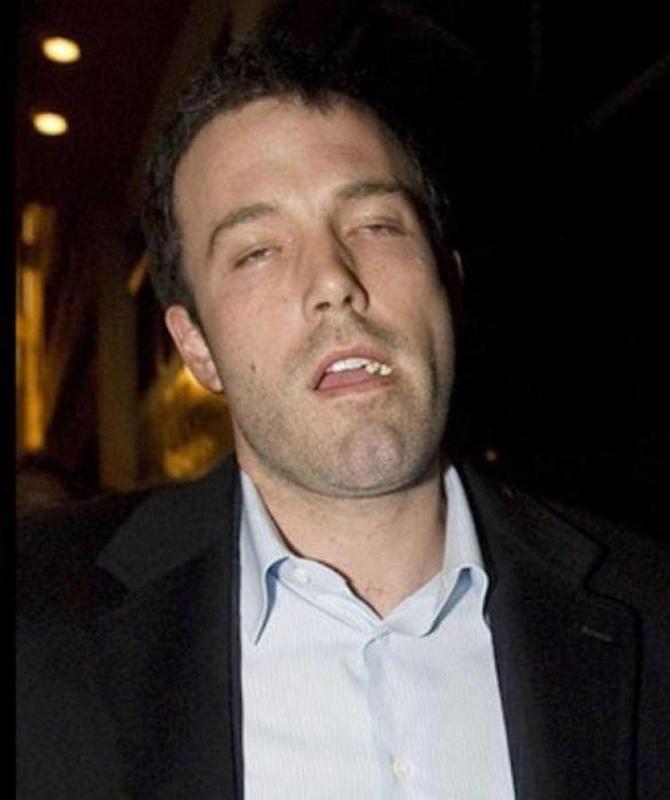 In what might surprise some people, the reporter that sit on his lap and was groped all over her body came out and defended Ben. This happens more often than you think since many people get starstruck by these A-list celebrities. 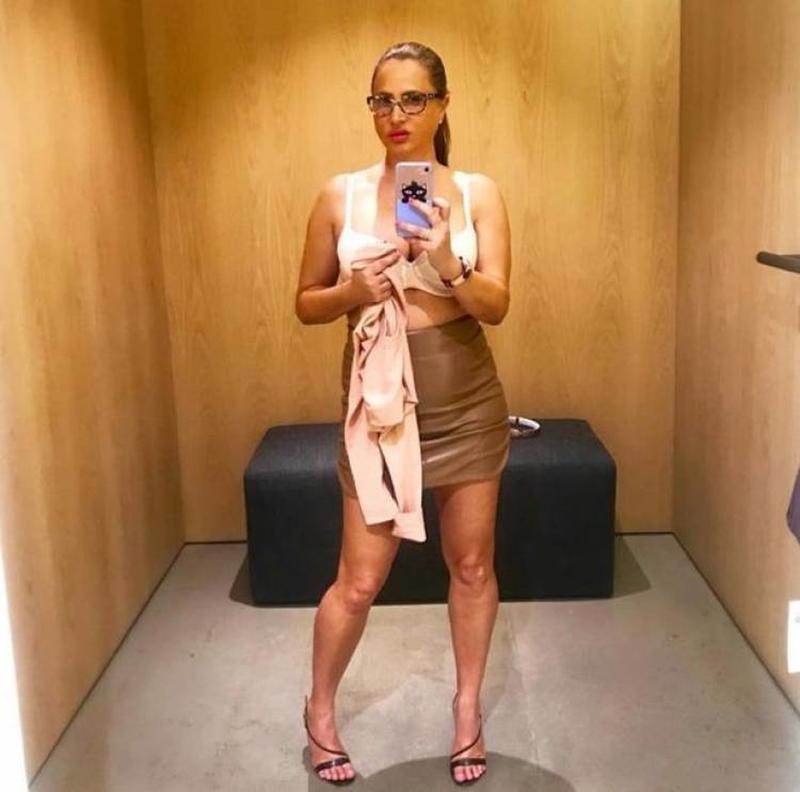 Women Are Especially Prone to Being Starstruck

Since women are naturally more extroverted and outgoing, they like being around successful and funny people. Ben is one of those guys that any girl can be proud to be around, so it is normal that even something like this happens, that the girl will come out and defend the guy. 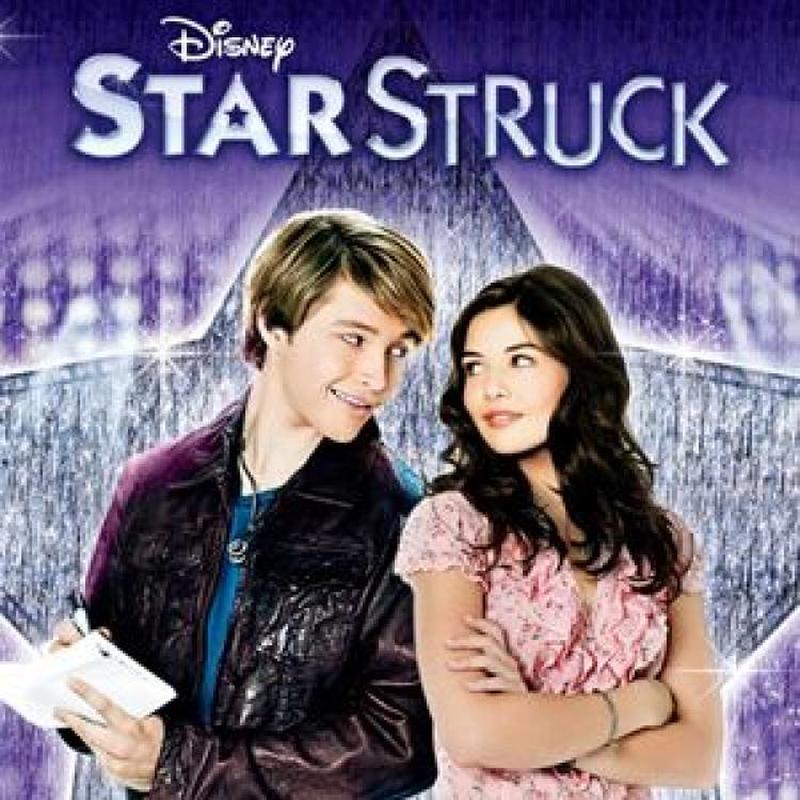 "It Was All For the Camera"

While defending Ben, Anne-Marie said "You have to understand that we have done dozens and dozens of interviews like that. It was for a show I was producing, so I was not at all a victim." There you go folks, straight from the horse's mouth. 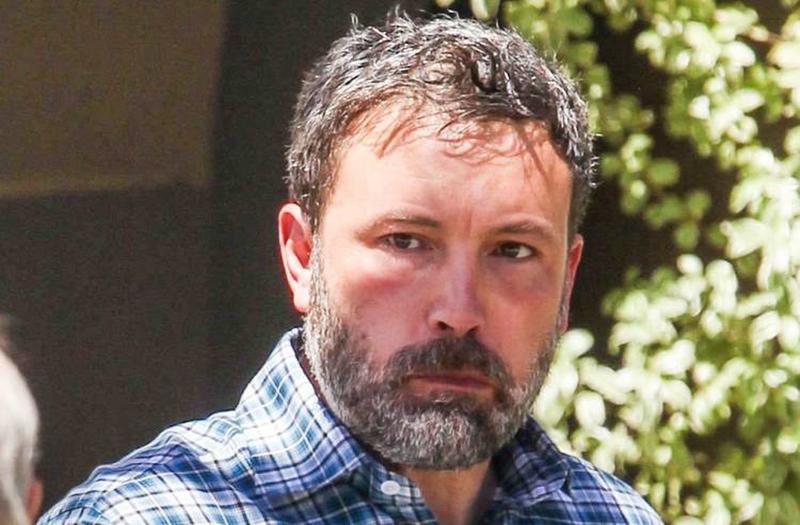