If Your Man Does These Things, Then He Truly Loves You

Ladies, you might think that you're current significant other is the one despite the fact that he might have a few qualities that you might not appreciate which is normal if you truly love them for who they are but there are some qualities in a real man that should be prevalent to let you know that he truly loves you. Luckily, you have us to let you know if whether he truly loves you a lot by these things that he's willing to do consistently. Check them out right now for yourself.

This might sound a little crazy to kick things off but, having healthy arguments while in a relationship is totally normal and if he's willing to participate in a healthy manner that involves you and him listening to each other, he cares and he might be a keeper. 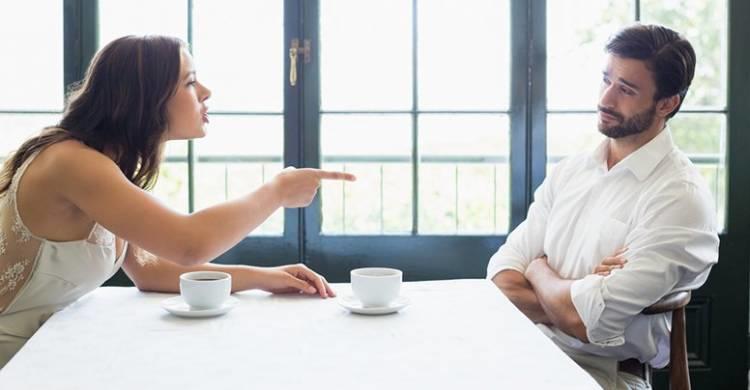 Usually, towards the beginning of a relationship, men do whatever they possibly can in order to sweep you off of your feet but, if he continues this behavior throughout the course of your relationship it definitely is a sign of true love. 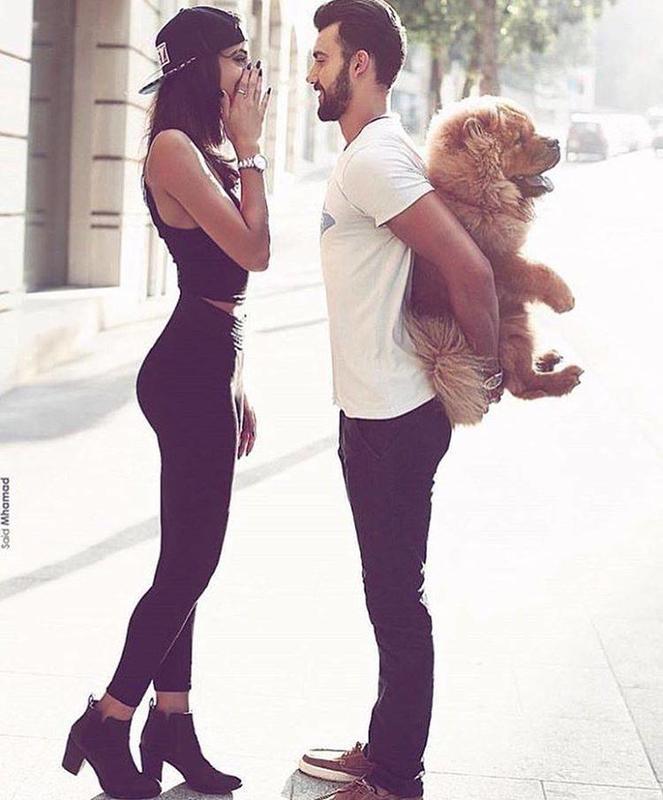 He Expresses His Attraction

This might not seem like a big deal to some of you ladies but if you have a man that isn't afraid to express his attraction for you in any setting, he definitely isn't worried about anyone else's reaction and you are his main focus which exemplifies love. 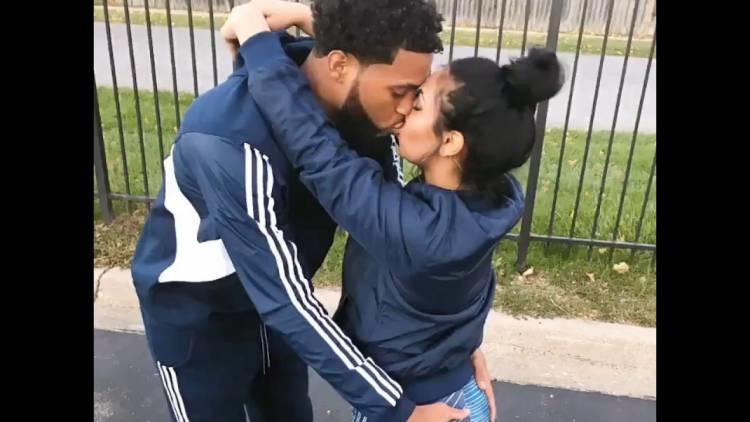 Willing To Explore With You

Personally, we believe that traveling with your significant other will tell you a lot about a relationship and if you have someone who's willing to travel distances with you and not only explore the physical world with you but the mental world with you, he's most likely in love with you. 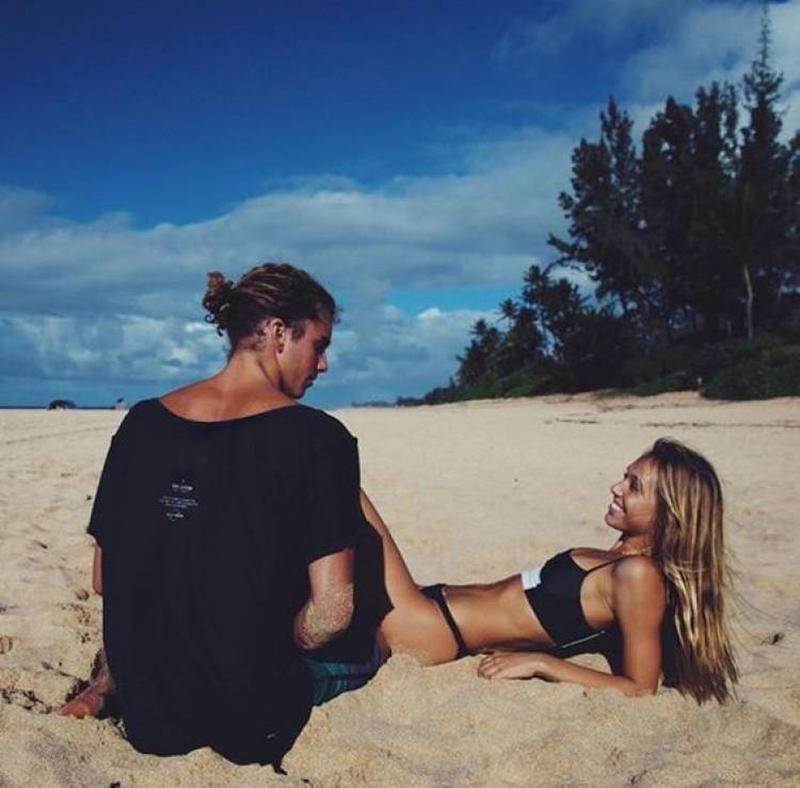 If you're with someone who's willing to push you and encourages her to be your best self they truly care about your well-being and are willing to grow with you. That's definitely a quality in a real man that loves you a lot. 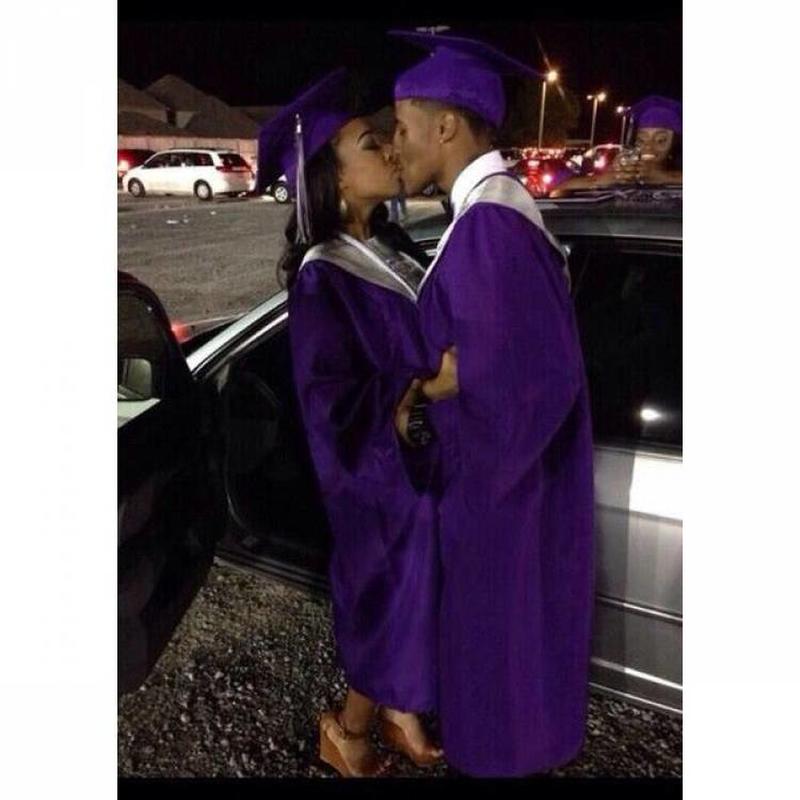 If you have a man that's constantly talking about having a future with you and raising a family, it's not for show whatsoever. Men have commitment issues as it is so if you happen to be with someone who sees the rest of forever with you, he loves you sincerely. 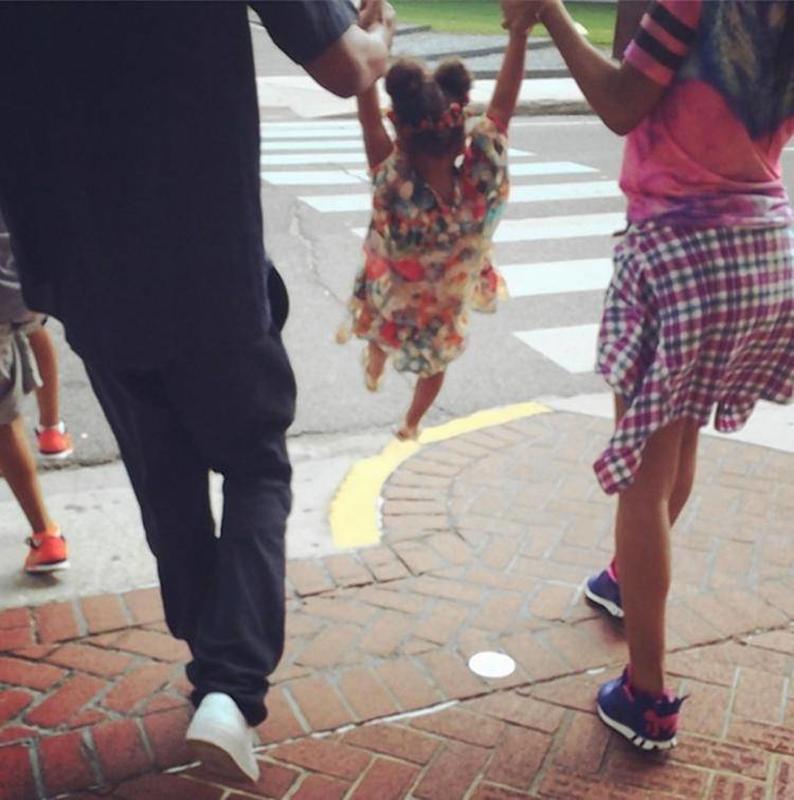 Doesn't Take You For Granted

If you happen to be in a relationship with someone who's ok with blowing you off or expects for you to be there despite how they treat you, they're taking you for granted. A real man never lets his significant other feel as if you're less than or that he's taking advantage of the relationship in any way. 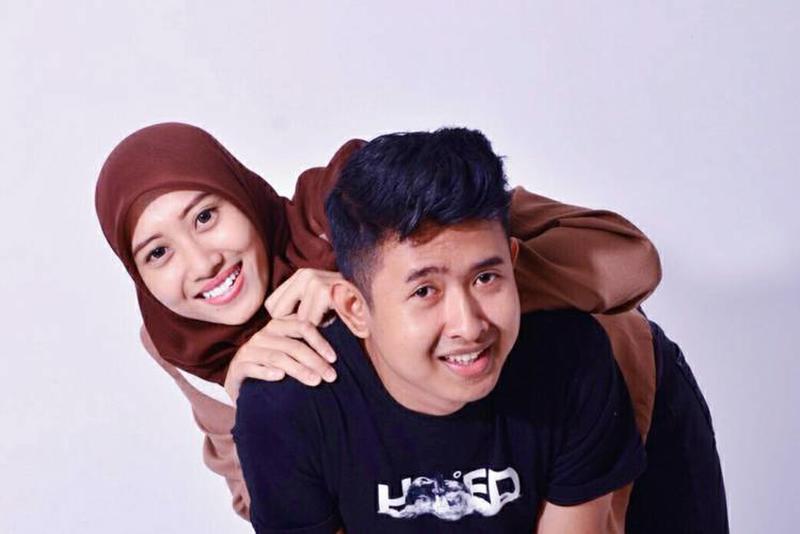 He Makes You A Priority

This one ties in right in with your partner not taking you for granted. We all have priorities and individual goals we want to meet but, if he truly loves you he definitely makes you a priority in his life even if that means skipping guy's night out from time to time. 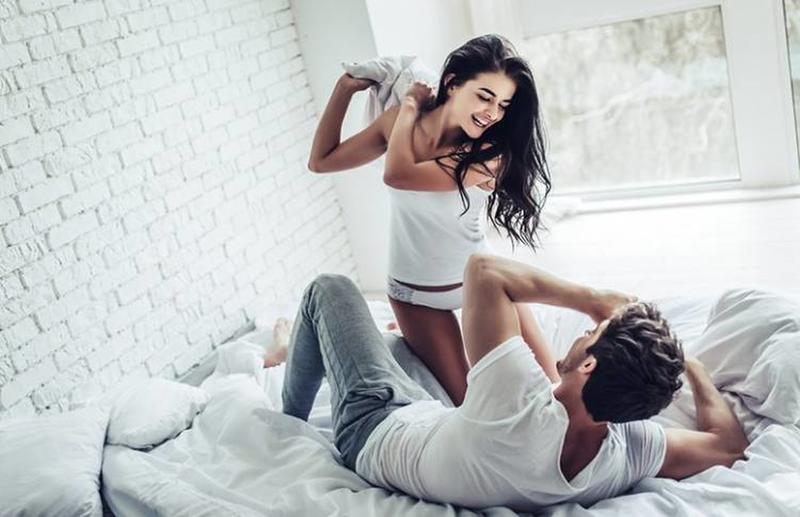 We all go through trial and tribulations as well as go through the daily stresses of life so, if you have a man that's willing to be supportive of you and lift your head when you're down, he should be a keeper if you ask us. 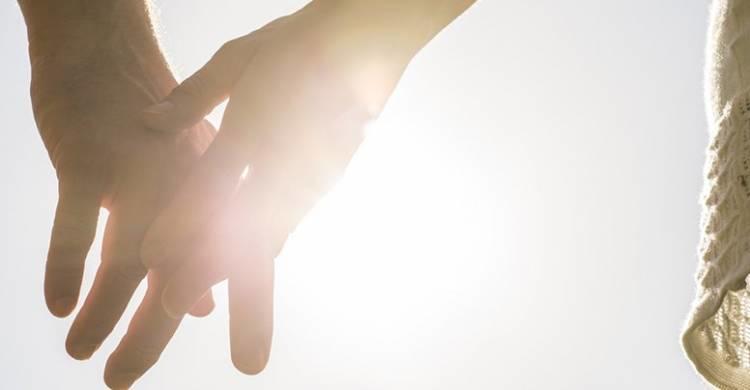 The Little Things Are Important To Him

If your man remembers the first time you went to your favorite restaurant, your favorite travel destination, your favorite movie and all the little things about you that make you, you, he's got a sincere love for you that lives in his heart. 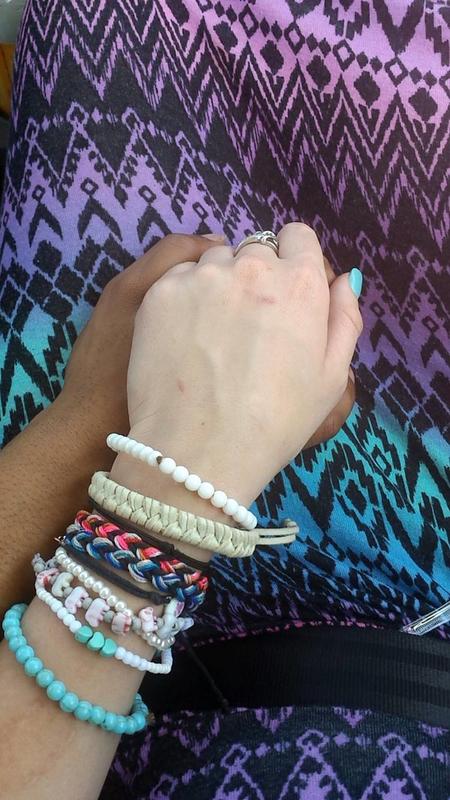 We know, it's hard for a lot of you ladies to think that men's libido can take a dive but it tends to happen from time to time especially over the course of a long-term relationship but, if you're with someone who keeps your sex life spicy and consistent and takes his time while making love, he probably loves you. 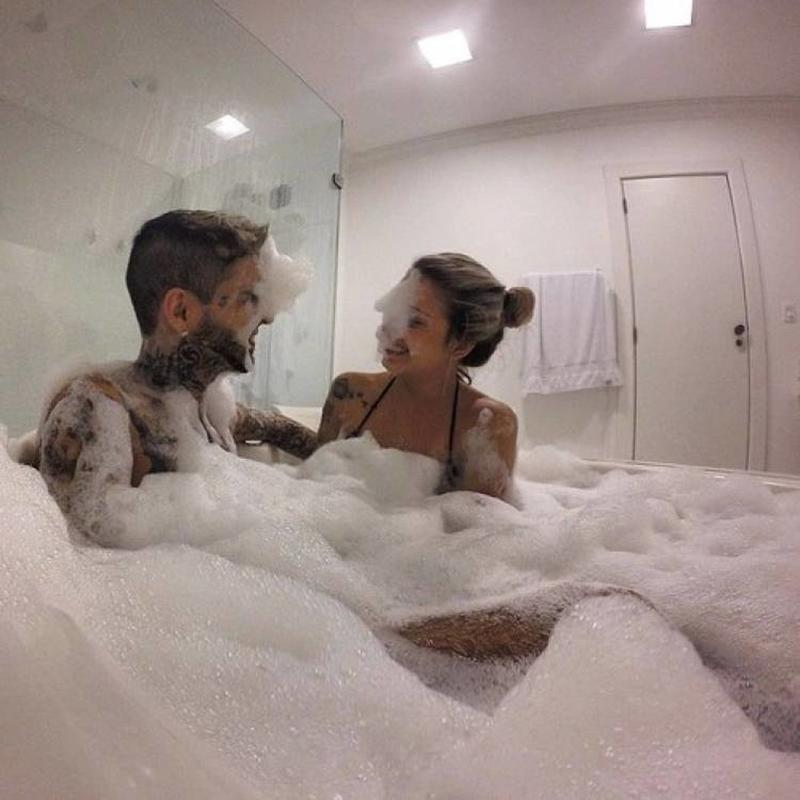 Willing To Step Outside Of His Comfort Zone

Majority of men are very prideful and not willing to step outside of their comfort zone and learn or experience something new so, if you have a significant other that's willing to do so in order to take your relationship to the next level he probably loves you. 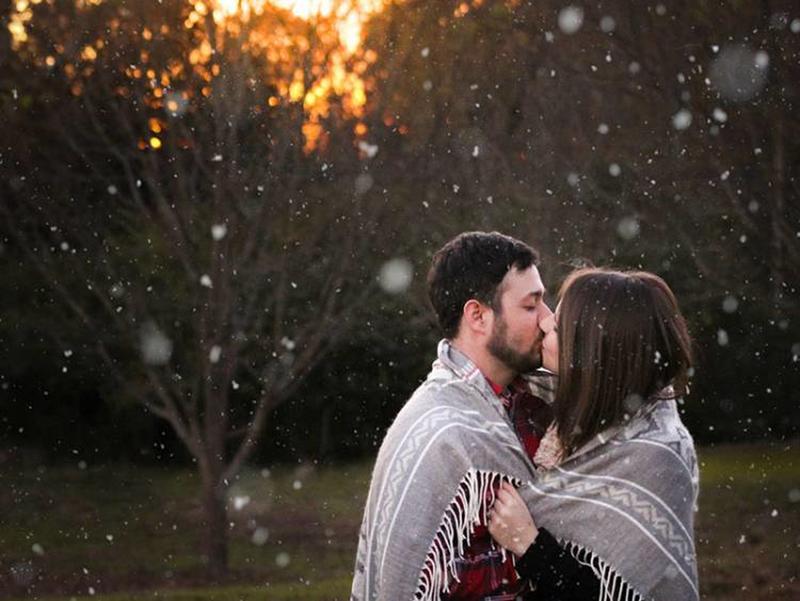 Communication is key in any and every relationship, intimate or not, but what many people forget is that listening could be the most important aspect of effective communication so, if he happens to be a good listener, he cares about what you have to say and how you feel. 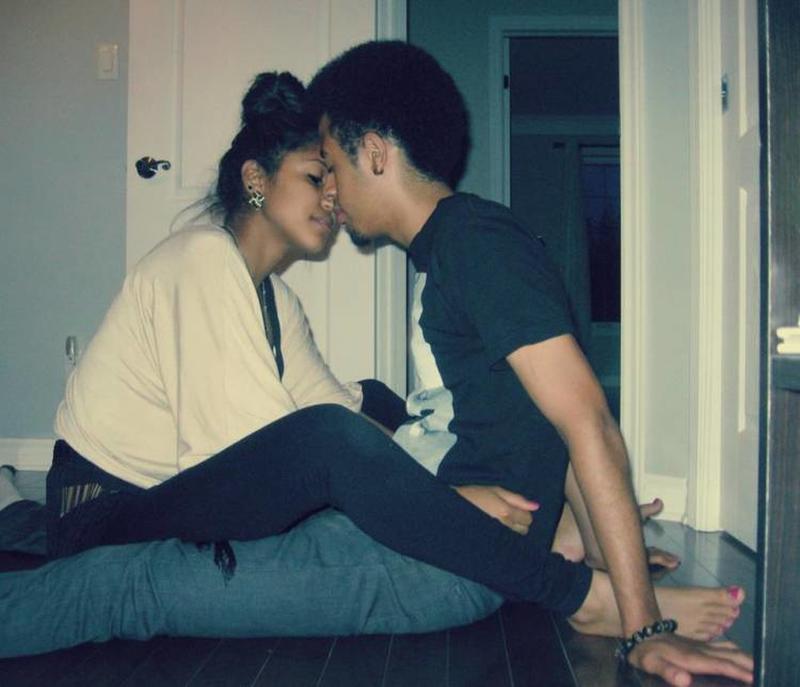 He Cares About Your Loved Ones

Any real man would be knowledgeable and respectful of the individuals that were there for you before he was around. If he attempts to spend time with your family and friends, even if he's not huge fans of them personally, he's expressing his love for you through them. 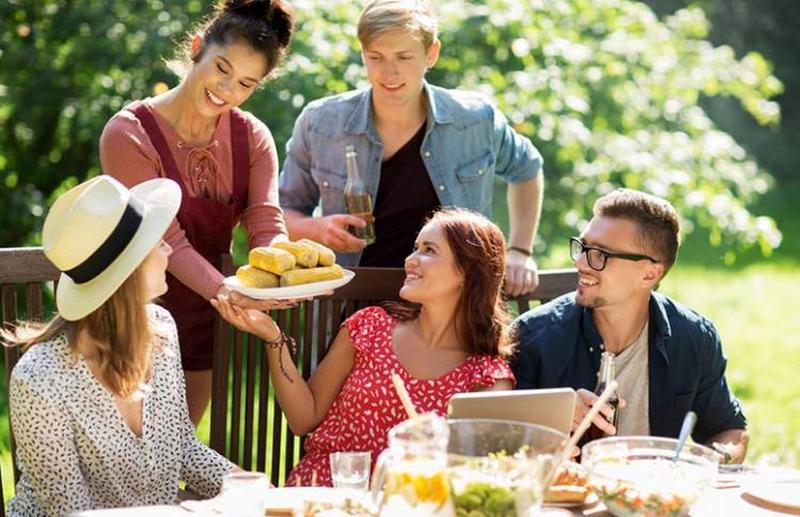 He Unveils His Imperfections

We all know that no one walking this earth is perfect but a lot of us avoid actually admitting it which is why if you have a man in your life who's willing to share his dark side or reveal his imperfections, he granting you access to a very vulnerable part of him that he trusts you with.

Love is patient and blind. Choose your partners wisely, folks.

Celebrities are no strangers to changing their looks for a role. And in some instances, they have to get pretty extreme. From 500-calorie-a-day diets to drinking pints of ice cream, Actors and actresses know what it takes to change their bodies in preparation for a new film.

Charlize Theron is no stranger to gaining and losing weight for movie roles, as we remember her transformation in Monster. Charlize Theron gained close to 50 pounds for her role as Marlo in Tully. Theron said that “for the first time in my life I was eating so much processed foods and I drank way too much sugar. … I remember having to set my alarm in the middle of the night in order to just maintain the weight.”

You’re used Chris Hemsworth's hulk-like figure in Thor, but In the Heart of the Sea required a totally different diet. The movie required the cast members lose a ton of weight to make their stuck-at-sea plight more believable. Chris Hemsworth said there were days when all he ate was one boiled egg, a couple of crackers, and a celery stick.

Anne Hathaway wanted to get serious for her role in Les Misérables, as she was playing Fantine, a starving prostitute with tuberculosis. So Anne Hathaway went on a diet of “rabbit food” to drop 25 pounds. Hathaway explained her diet was essentially just starving herself, but she didn’t want to give details, as she doesn’t want to encourage anyone to copy her emaciated look. She did note that she “just had to stop eating for a total of 13 days shooting,” however. And at one point, her bones became so frail that she reportedly broke her arm.

Matthew McConaughey's portrayal of Ron Woodruff in Dallas Buyers Club, a man with HIV/AIDS, was spot-on, earning him the title of best actor at the Oscars. But it also required a serious physical transformation. Matthew McConaughey said he lost 38 pounds for the role. During filming, he said he lost a lot of energy from eating so little — and he hit plenty of plateaus along the way. Finally, with a strict diet, he got down to 143 pounds. And while he did cardio to help with the weight loss, he said it was 90% what he was eating and portion size.

Hilary Swank had to put on 23 pounds of pure muscle for her role as a boxer in Million Dollar Baby. The process doesn’t sound easy, however. “I started working out five hours a day — I had to eat 210 grams of protein a day,” Swank said. She also mentioned that she had to consume 60 egg whites per day, and when that proved too difficult, she had to drink them. And to keep the muscle on, she would get up and drink protein shakes in the middle of the night.