Banks are not generally institutions that, when mentioned, bring fond thoughts to our mind. They tend to defy logic in a disrespectful way. The problem with banks comes from the fact that they are the only real practical way to store money in modern times, but it feels like that they don't consider the money we store there to still be ours. They make it incredibly hard for us to access our money and are infuriatingly inflexibly when letting us deal with our own money, additionally, they charge us for this inconvenient service all the while investing our money for their own profit. 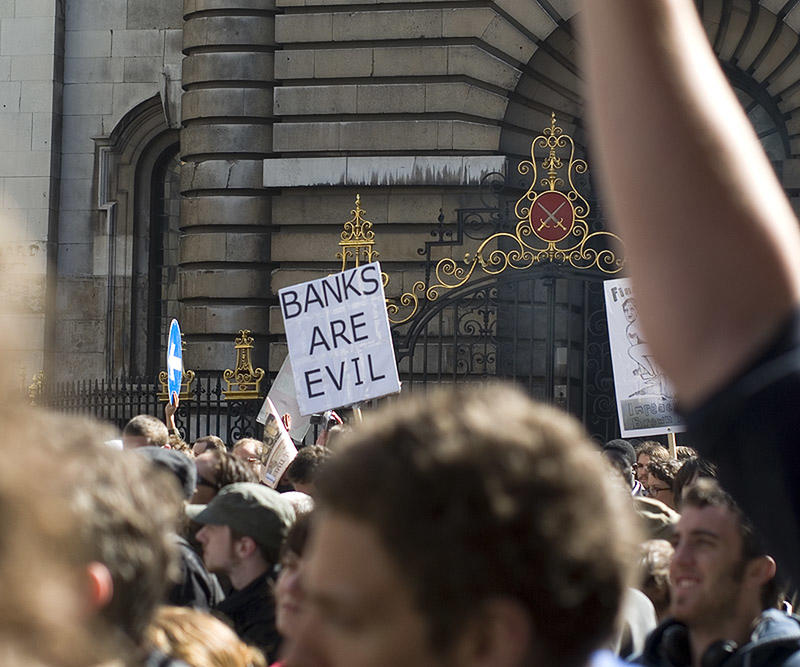 Banks seem to have worked out a pretty good deal for themselves, but they made a mistake when they bounced this 86 year old's cheque she used to pay the plumber. They bounced it just moments before her regular pension payment came in. 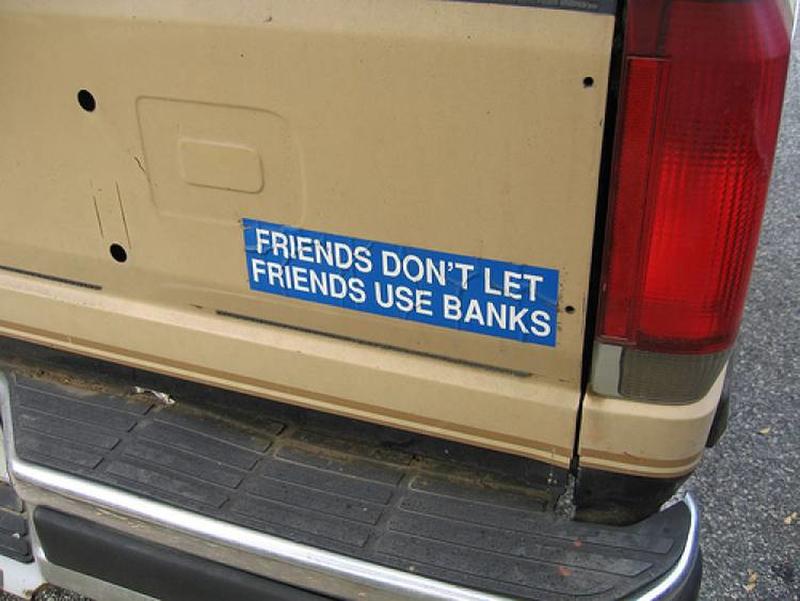 In usual arrogant bank style, they then proceeded to charge the 86-year-old for the 'inconvenience' of bouncing her cheque. The riled-up woman took to pen and paper and wrote the following message the bank. The letter was so amusing it found its way into 'The New York Times'. 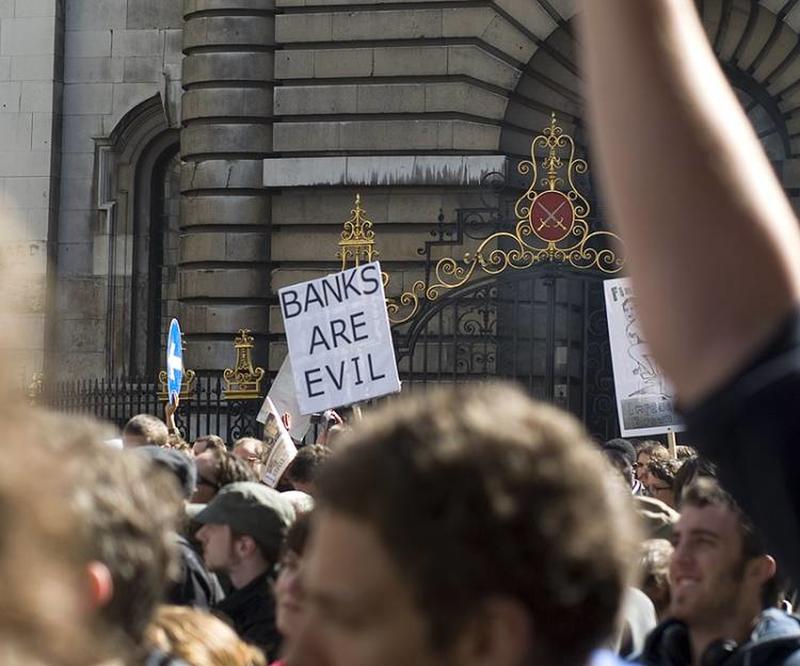 "Dear Sir: I am writing to thank you for bouncing my check with which I endeavored to pay my plumber last month. By my calculations, 3 nanoseconds must have elapsed between his presenting the check and the arrival in my account of the funds needed to honor it.." 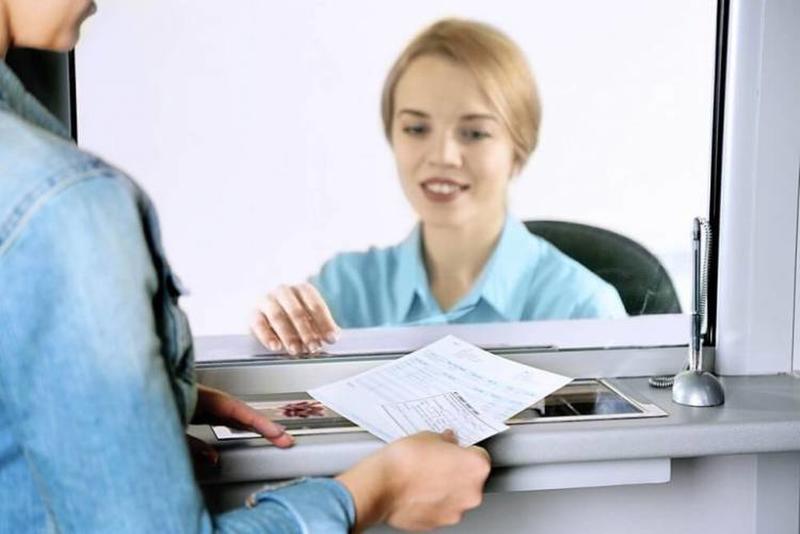 "I refer, of course, to the automatic monthly deposit of my entire pension, an arrangement which, I admit, has been in place for only 8 years. You are to be commended for seizing that brief window of opportunity, and also..." 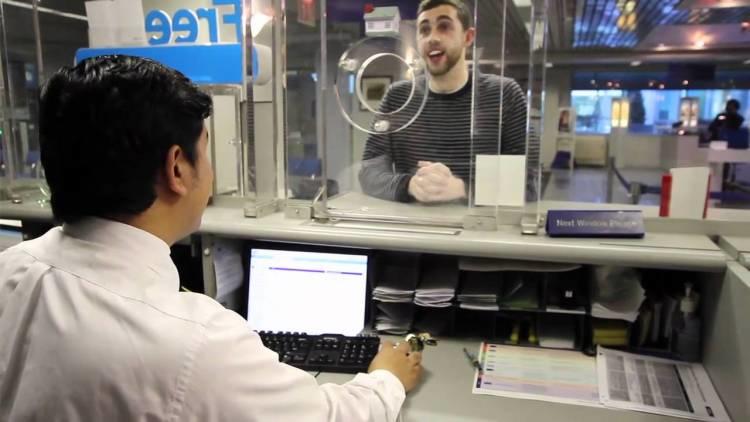 "...for debiting my account $30 by way of penalty for the inconvenience caused to your bank. My thankfulness springs from the manner in which this incident has caused me to rethink my errant financial ways." After this she really gets stuck into the bank's horrid ways. 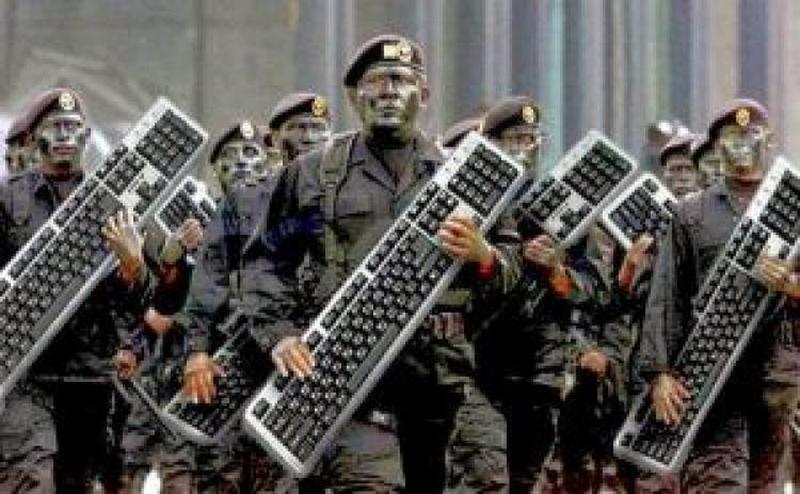 "I noticed that whereas I personally answer your telephone calls and letters, - when I try to contact you, I am confronted by the impersonal, overcharging, pre-recorded, faceless entity which your bank has become. From now on, I, like you, choose only to deal with a flesh-and-blood person." 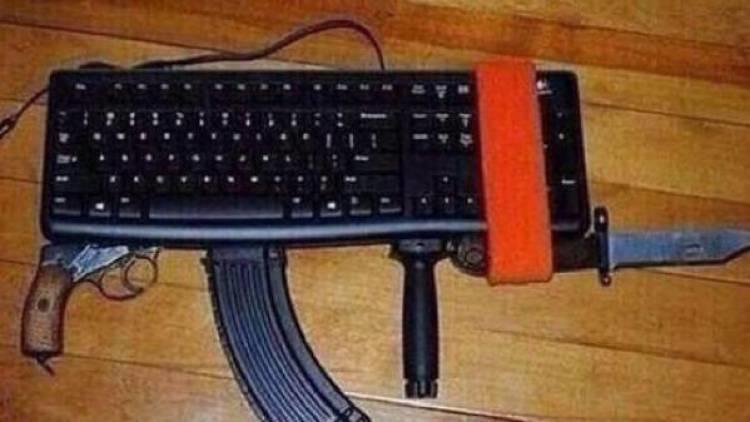 'Treat Other's as You'd Like to be Treated', They Said

"My mortgage and loan repayments will therefore and hereafter no longer be automatic, but will arrive at your bank, by check, addressed personally and confidentially to an employee at your bank whom you must nominate. Be aware that it is an OFFENSE under the Postal Act for any other person to open such an envelope." 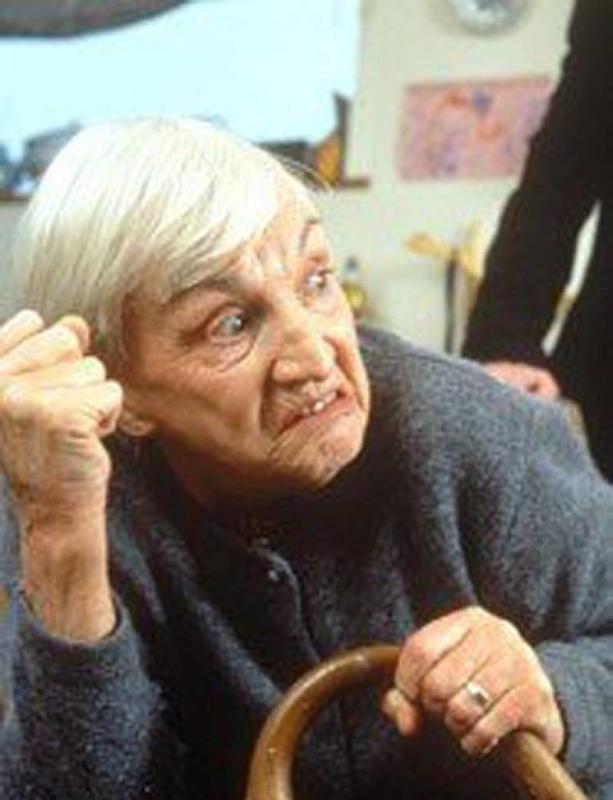 "Please find attached an Application Contact which I require your chosen employee to complete. I am sorry it runs to eight pages, but in order that I know as much about him or her as your bank knows about me, there is no alternative." 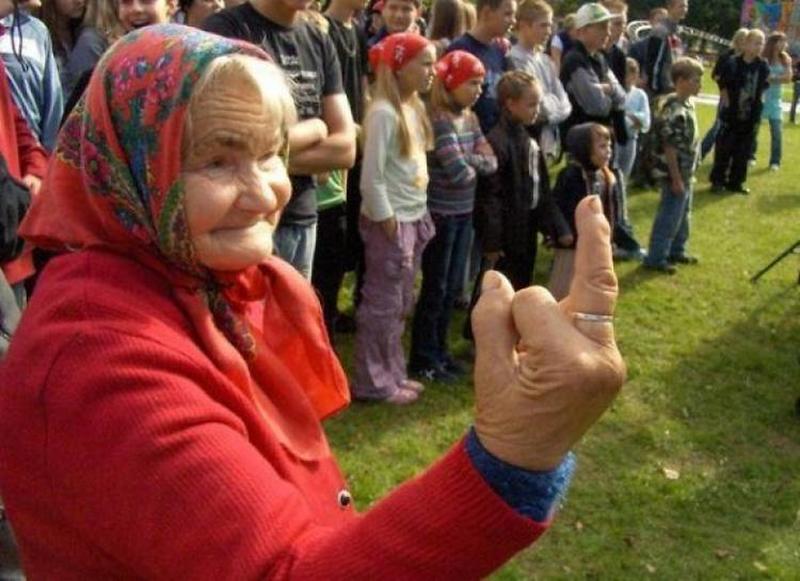 We Should All Write Letters Like This to Our Banks

"Please note that all copies of his or her medical history must be countersigned by a Notary Public, and the mandatory details of his/her financial situation (income, debts, assets, and liabilities) must be accompanied by documented proof." Fair's fair, right? 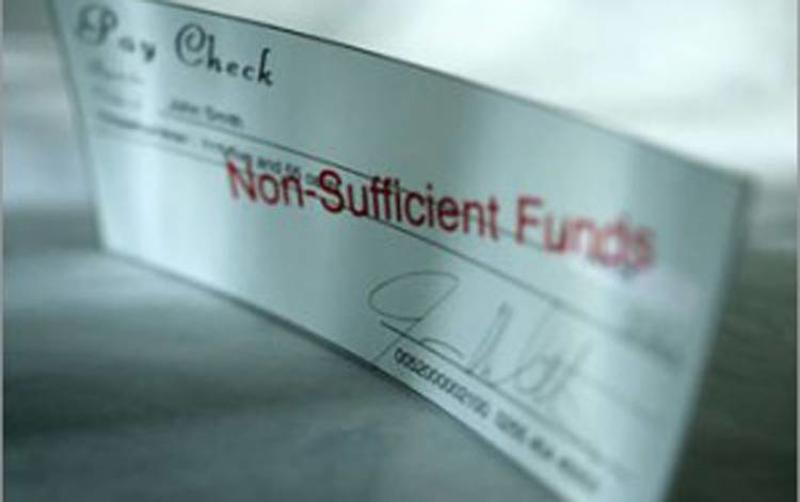 She's the Perfect Kind of Savage

"In due course, at MY convenience, I will issue your employee with a PIN number which he/she must quote in dealings with me. I regret that it cannot be shorter than 28 digits..." This is where the bank learns the valuable life-lesson of respect your elders, but more importantly, don't piss them off! 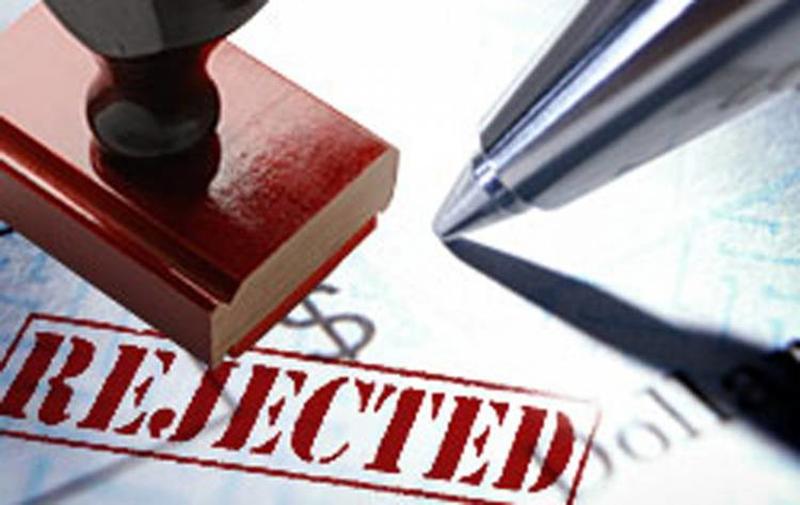 "Again, I have modeled it on the number of button presses required of me to access my account balance on your phone bank service. As they say, imitation is the sincerest form of flattery." I hope this bank felt flattered enough to heed her message, we've all had enough. 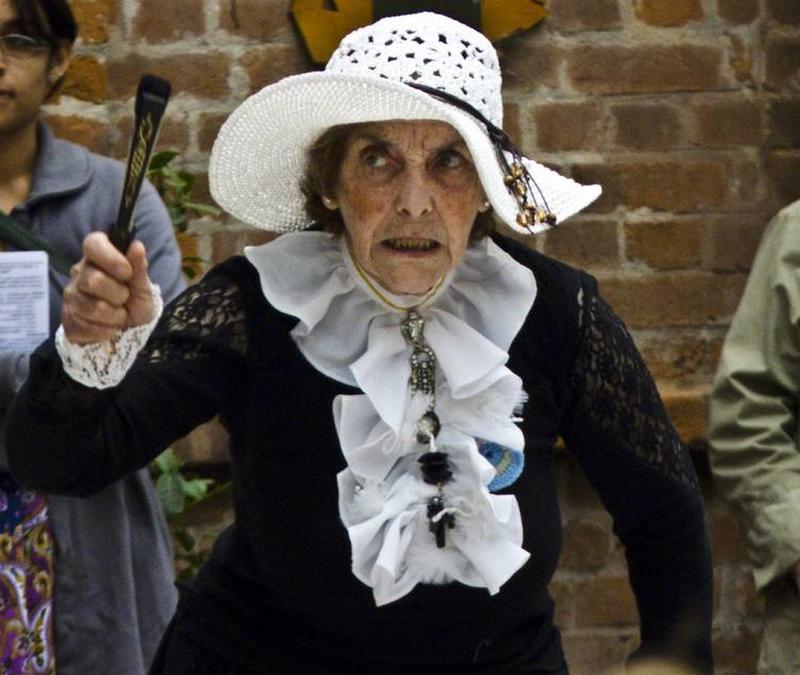 War of the Answering Machines

"Let me level the playing field even further. When you call me, press buttons as follows: IMMEDIATELY AFTER DIALING, PRESS THE STAR (*) BUTTON FOR ENGLISH #1. To make an appointment to see me #2. To query a missing payment." 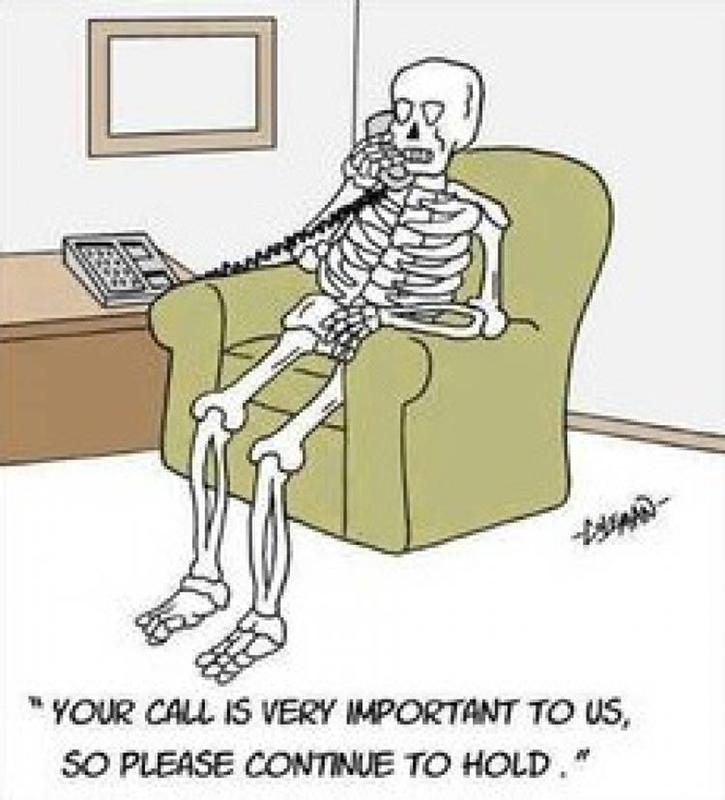 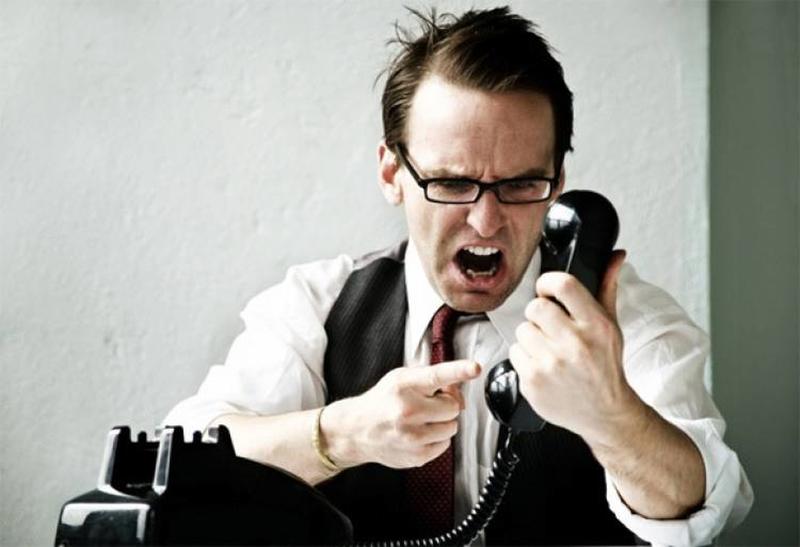 "#7. To leave a message on my computer, a password to access my computer is required. Password will be communicated to you at a later date to that Authorized Contact mentioned earlier. #8. To return to the main menu and to listen to options 1 through #9. To make a general complaint or inquiry. The contact will then be put on hold, pending the attention of my automated answering service. #10. This is a second reminder to press* for English." 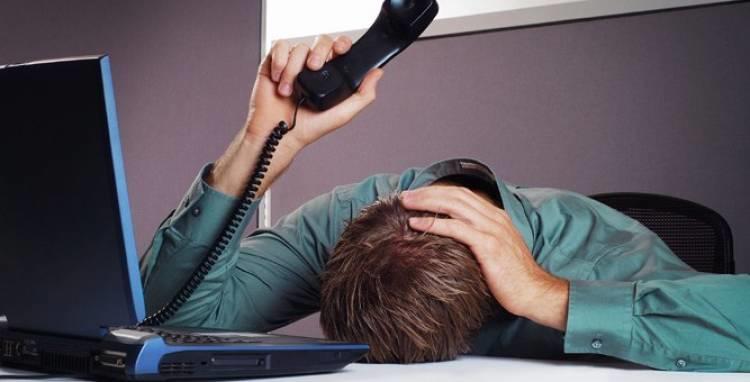 "While this may, on occasion, involve a lengthy wait, uplifting music will play for the duration of the call. Regrettably, but again following your example, I must also levy an establishment fee to cover the setting up of this new arrangement. May I wish you a happy, if ever so slightly less prosperous New Year? Your Humble Client And remember: Don't make old people mad. We don't like being old in the first place, so it doesn't take much to piss us off."

To insure one’s house, one’s car or to underwrite a life insurance policy, that is common practice. But who would pay an insurance premium for his/her thumb, legs or smile? Stars, of course.

At the top of the ranking are the legs of Mariah Carey, worth 810 million USD: The diva became, in 2006, the Gillette brand muse for the advertising campaign «Legs of a Goddess». She then took out an insurance policy with London Lloyds to protect her legs, a decision that is far from being insignificant. Among its customers, the London insurer then included several icons of music, such as Bob Dylan or Rod Stewart.

David Beckham’s body insured for 195 million USD: European champion with Manchester United in 1999, David Beckham was in 2006 the most renowned footballer of the planet. In relation to his sporting activities, he took out an insurance cover for his legs. The huge amount paid for his insurance would reportedly exceed the 103 million USD disbursed by Real Madrid for the cover of Christiano Ronaldo in 2009. The fashion model would later extend his insurance cover to his entire body.