Celebrities are known for their outreach activities but are unable to mask their activities from public eye even if they wanted to. The prying eyes of the camera will chase and haunt after them to the very depths of Timbuktu if possible. And once the pictures circulate around the internet, they will be judged and scrutinized. Remarks such as "She did it for the camera", "She is not selfless after all" are typical of internet trolls. 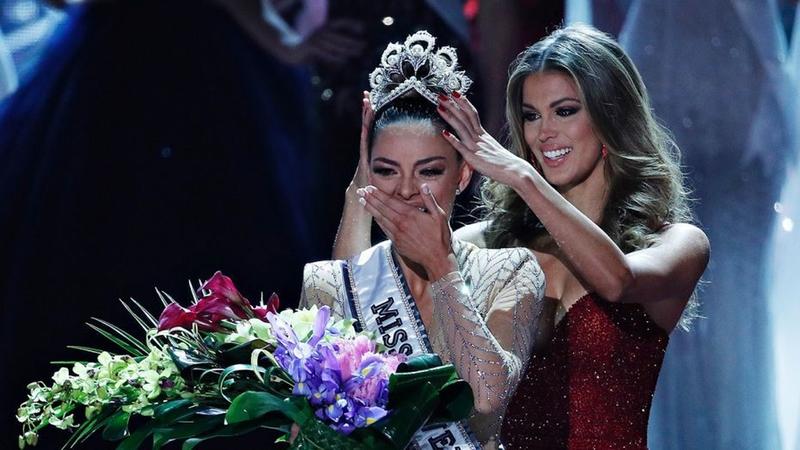 The 22 year old Miss Universe, a model who is of mixed race, has stirred up controversy after she was photographed wearing gloves while distributing food to orphaned, HIV infected black children at a soup kitchen in Johannesburg. Her antics have been labeled as racism. 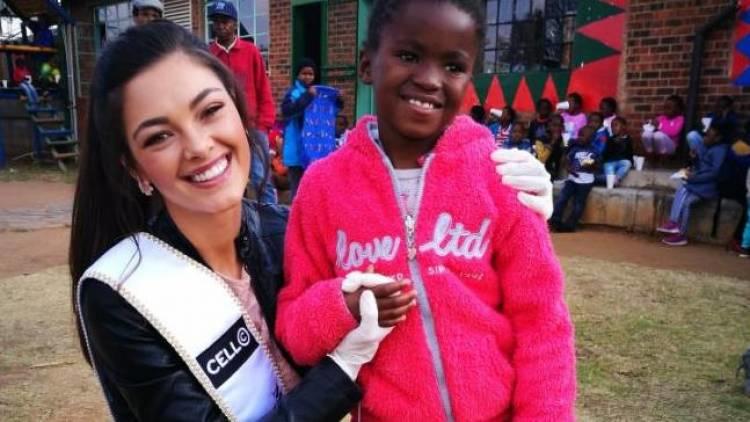 She defends her choice to wear the gloves

For someone of her status to be accused of racism can be career threatening and could endanger her status as Miss Universe. But Ms Demi hit back by claiming that the gloves were used for hygiene purposes. 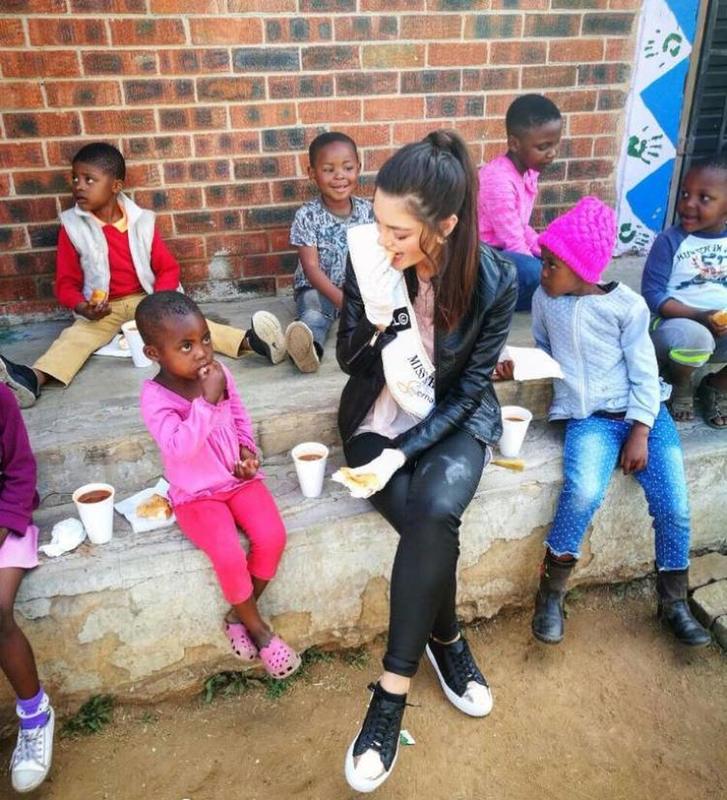 She wasn't showing off for the camera

Part of her reign required that she perform a number of community activities. This involved serving at a soup kitchen for children in Soweto, Johannesburg. But people have a bad habit of blaming people for things they haven't done. 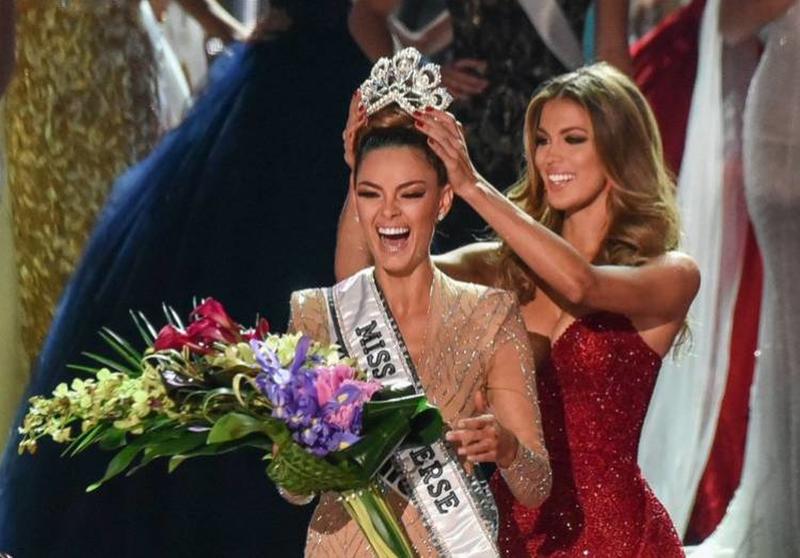 All the volunteers wore gloves

Every single volunteer on the site was under instructions to wear gloves. This way there is minimal risk of compromising the safety of the food. Ms Demi was no exception to this rule just because she was a 'star'. 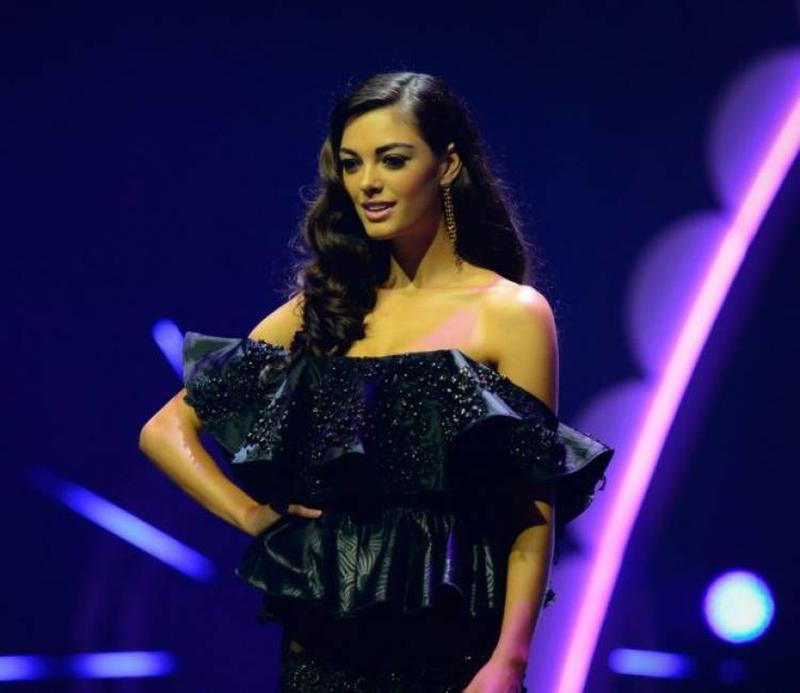 There was no intention of racism

Demi's sole intention was to make sure that the 300 malnourished kids got access to a proper, warm food. Whether Demi had gloves on or not is of no consequence. But the internet misconstrued her actions to portray racism. 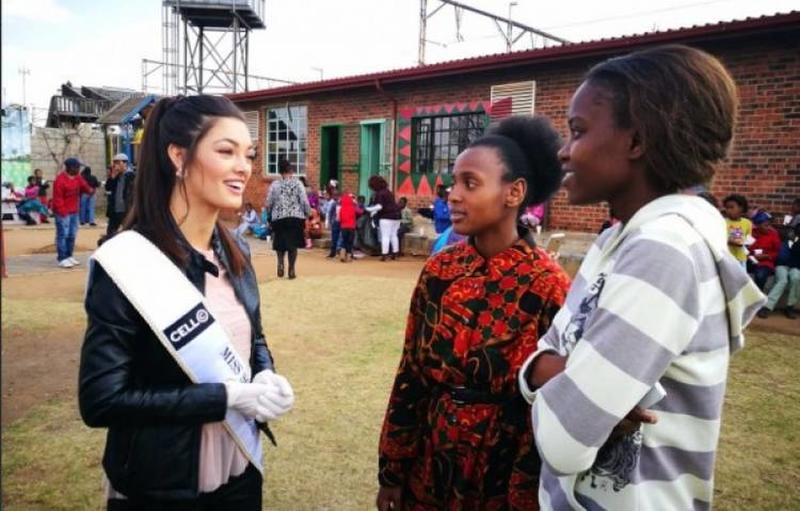 Imagine for one sec if the kids were not black, but were instead white and distributed food by Demi who's still clad in her gloves. Would her skeptics have made a big deal about it? No. By labeling this to be racism, critics are inadvertently being racist themselves! 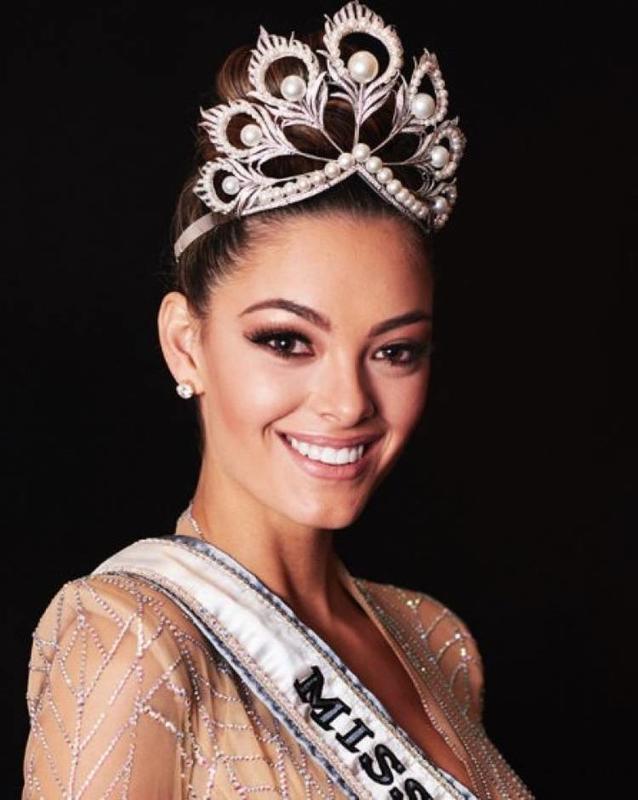 Footage reveals she did remove her gloves

Photographs and videos reveal that when Demi was not distributing food to the kids, she removed her gloves and interacted with them by physically touching them. This shows her intentions were in the clear and she's not 'scared of touching people'. 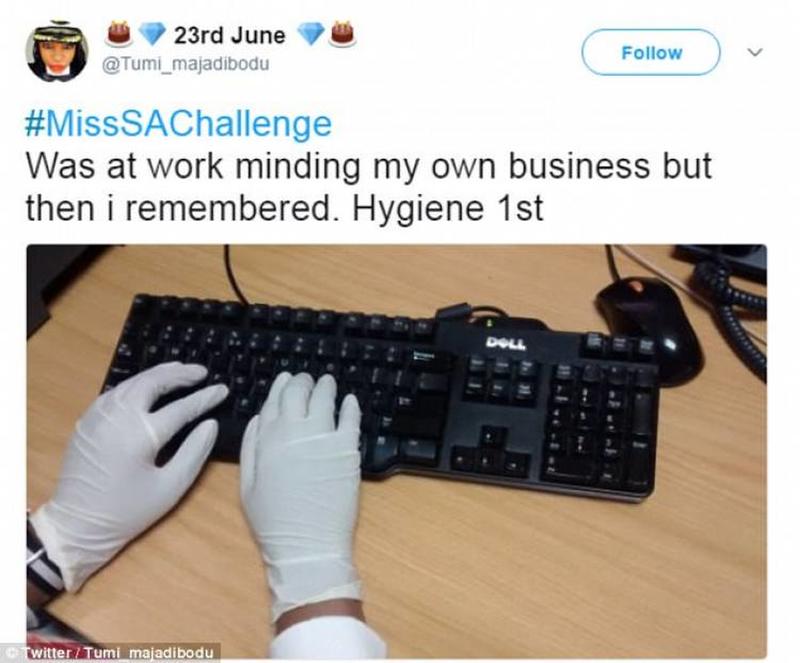 The media frenzy has forced Demi to give a video apology. She was visibly irritated and slightly scarred by the accusations, but maintained that the gloves were for the children's own protection. They were simply used for handling food. 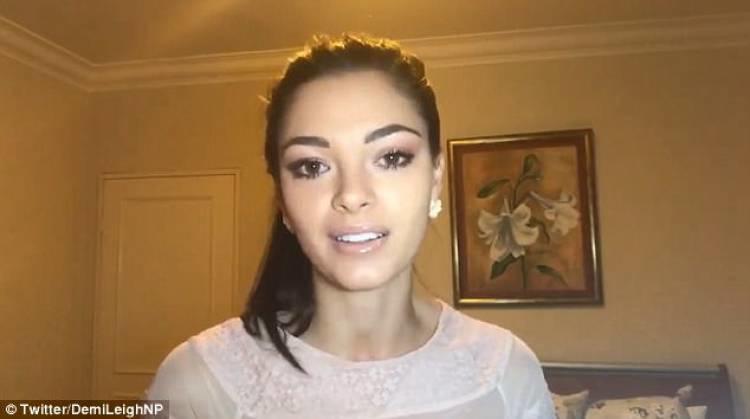 Can you get HIV by touching?

An individual cannot get HIV or AIDS by merely touching someone. This misconception stems from ignorant folks who aren't really aware about the nuances of the disease. Sexual contact, infected needs and blood contaminated fluids do that - not touching someone with your hands! 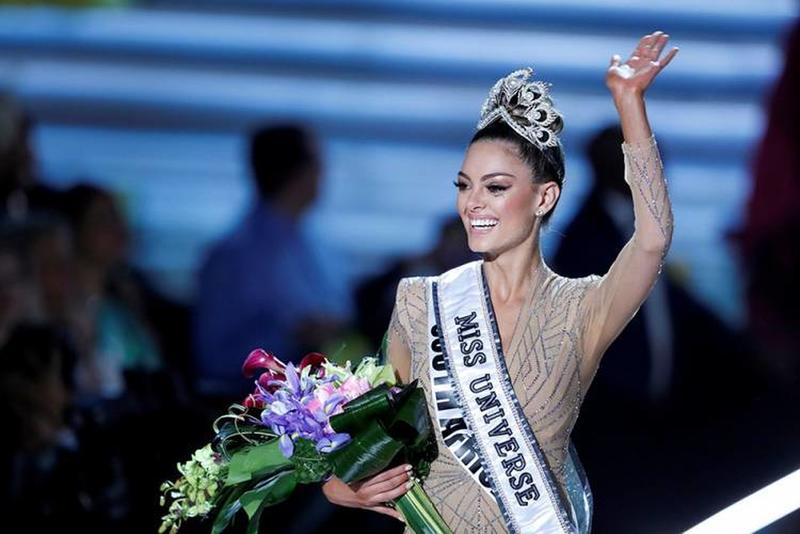 It had no consequence on her career

Despite attempts from haters to misalign her image, Demi went on to become crowned as Miss Universe. The controversy was created by people who were insecure and paranoid about covert racism perpetuated by Demi and the volunteers. 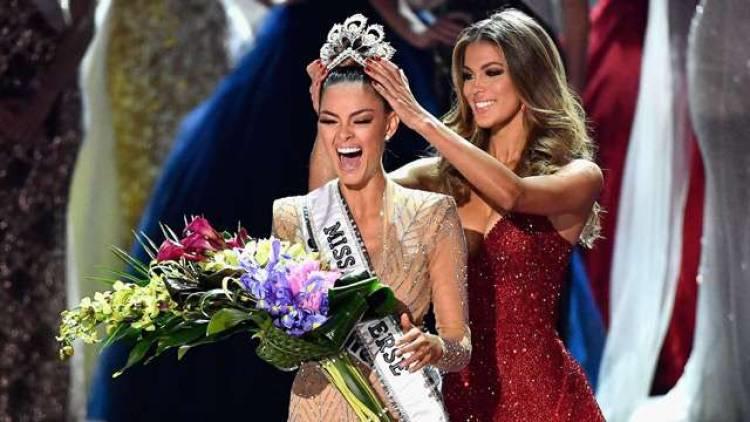 There is no reason for her to be racist

Ms Demi is actually of mixed race, this means she's the last person on earth who would be perpetuating racism. People of mixed race usually undergo extreme prejudice in their own lives. If anything, Ms Demi is empathetic to the children. 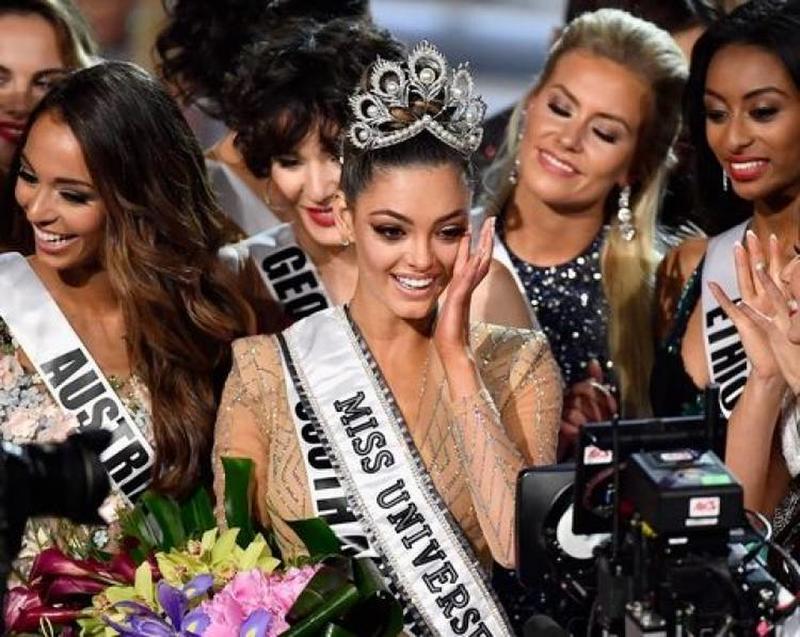 She knows better than to be racist

In a world where just about everything you do is extensively scrutinized and judged, Ms Demi knows better than to be stupid by being racist. Why would she become racist in public when her career is riding on the line? 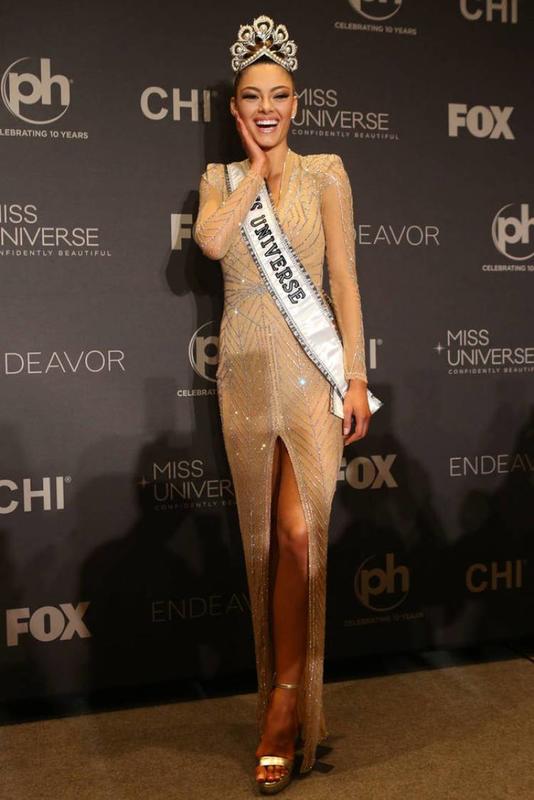 Of course we're not denying that racism does not exist in the world. Celebrities are guilty of being racists. But learn to cut them some slack because just like us, they're human. Forgive and forget should be our motto. 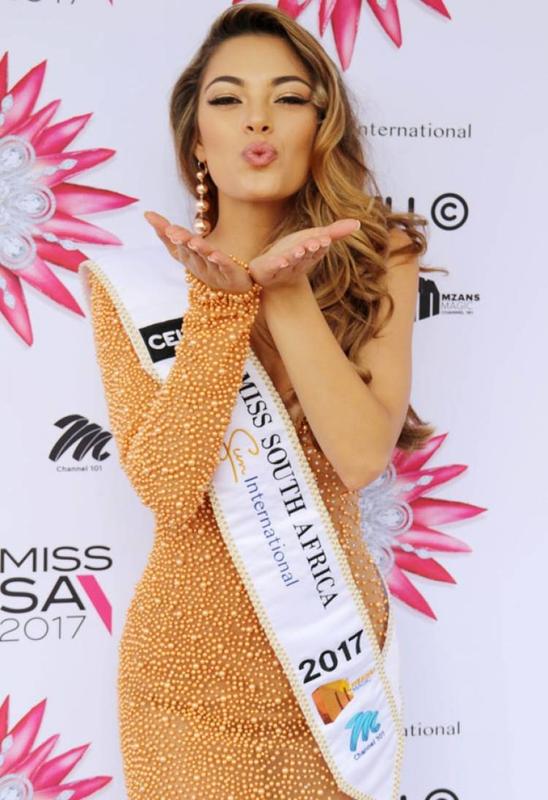 Take social media with a grain of salt

Don't trust everything you see on social media. People love to claim a lot of false nonsense. Lives have been destroyed; careers have been ruined based on word of mouth. Social media is the stuff of nightmares and should not be taken seriously. 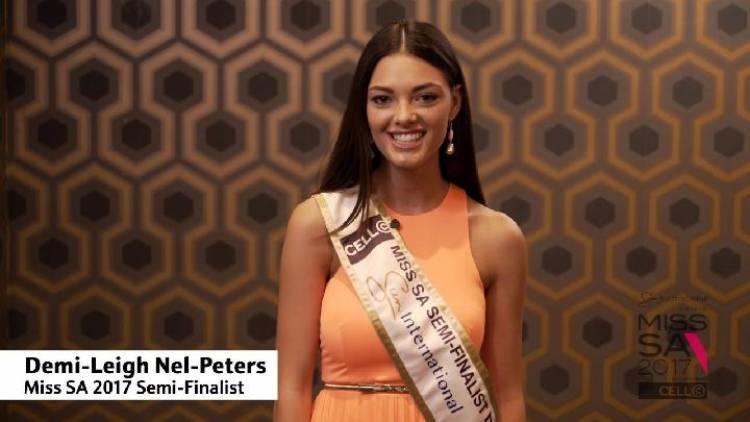 How to fight racism?

So, the real lesson we take away from this whole charade is that most accusations of racism aren't really racism. In fact, real racism goes unnoticed and undeterred in mainstream facets of society. We should fight those instead, or at least not waste our times by entertaining heresy circulating around the internet. 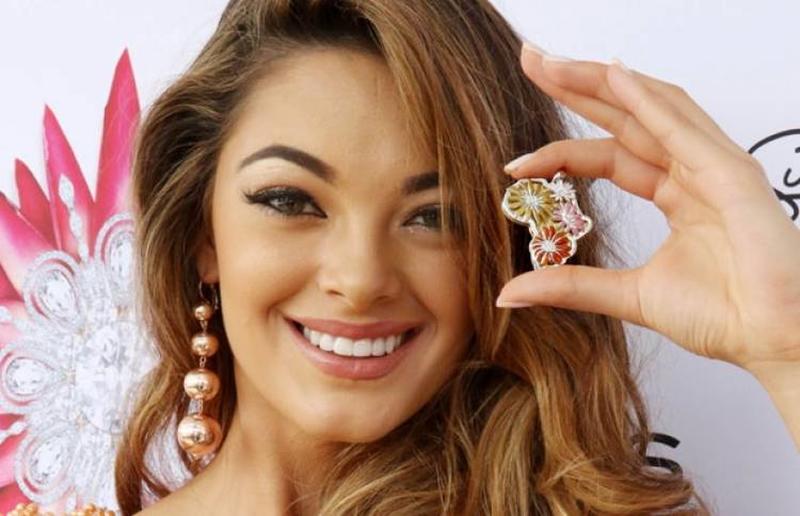 They may be beautiful, rich and famous, but celebrities are human too, and that means they're just as prone to getting sick as the rest of us. And just like us, some celebs even live with chronic conditions that can take a toll on their day-to-day lives. But eczema – also referred to as dermatitis – is a common dry skin condition. Symptoms include dry, itchy, red and scaly skin. In more extreme cases, the skin can crust and bleed. According to the National Eczema Association, 1 in 10 individuals will develop eczema in their lifetime. And given these statistics, it’s hardly a surprise there are a few celebrities out there who have eczema too.

The Duchess of Cambridge, Kate Middleton, 37, suffered from eczema in her teens. Kate was bullied heavily whilst attending Downe House girls’ boarding school, according to the Duchess’s friend Jessica Hay. According Hay, Middleton’s bullies made fun of her eczema. ‘It didn’t help that she was so tall and self-conscious about her eczema,’ Hay told CelebNow. Studies have shown children with moderate and extreme atopic dermatitis are more likely to suffer from conditions like anxiety and low self-esteem, which has a knock-on effect on their school work and ability to make friends.

Although Brad Pitt, 55, has not spoken about the issue himself, his co-star Cate Blanchett disclosed that Pitt was suffering from eczema during filming of The Curious Case of Benjamin Button. In an interview with Scotland’s Daily Record, the actress said, ‘We went through three weeks of make-up tests and he was covered in eczema from it all.’ Blanchett sweetly loaned Pitt her skin cream to deal with the dermatitis, that had developed due to the use of prosthetic makeup worn during filming. Prosthetic make-up isn’t the hugest concern for us non-Hollywood folk, nevertheless, what is a concern, is how makeup can trigger eczema flair up. Unless makeup brushes are constantly washed (let’s be real, they’re not), they become a breeding ground for bacteria. This can lead to clogged pores and irritated sensitive skin.

Adele, 31, stated that her eczema flared up when she became a new mom. During a press conference in 2013 after her Golden Globe win for Best Original Song for the Bond film Sykfall, the singer said: ‘I am exhausted. That’s how [motherhood] changed me. I have eczema from boiling bottles.’ Research carried out by the BMJ (formerly known as the British Medical Journal) has revealed that contact dermatitis has the potential to have ‘detrimental’ impact and in the worst case scenarios can even threaten some sufferers ability to work.