15 Most Controversial Things That Ever Happened On Live Television

At one point in time, if something insanely crazy were to happen, it would have to be delivered via word of mouth but, with technology becoming increasingly more accessible and more people capturing some of the more crazier moments in life on camera, we're able to watch things unfold not only as a nation but as a planet. With the 54 year anniversary of the death of John F. Kennedy quickly approaching this month, we've gathered some of the craziest things ever recorded on live television. With no further ado, check out the events for yourself right now! 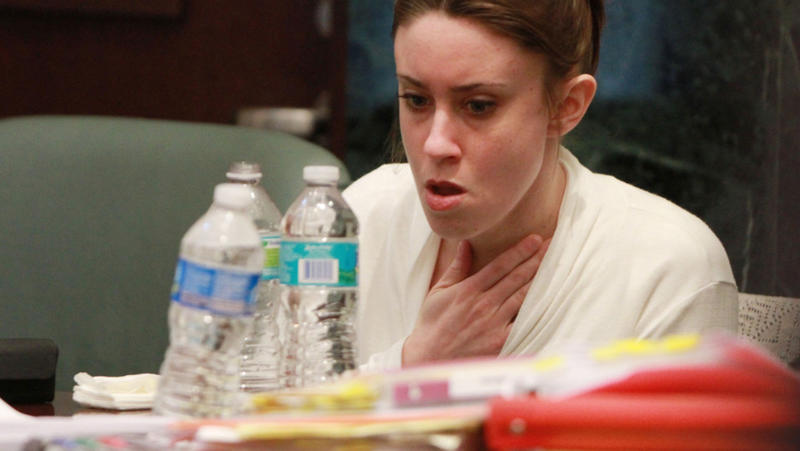 Let's face it, back in July of 2011, all of America tuned in and was expecting to hear a guilty verdict after the evidence and stories were presented to the jury in the murdering of a two-year-old girl, who also happened to be the daughter of a young mother in Casey Anthony. Unfortunately, she got off and has been in hiding ever since. 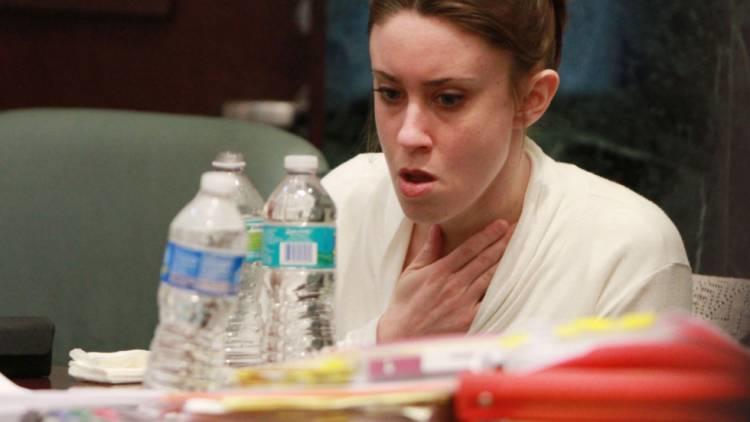 This particular live television moment was especially cringe-worthy and dark being that the Phoenix-based Fox News affiliate didn't cut the live feed of the suicide in time. Romero was in the midst of attempting to escape the police when an officer had shot at Romero after he fled from his car in the midst of the Phoenix desert. Romero then turned his own gun on himself and ended his own life. The video is still floating around the web but, we recommend you stay away from the graphic imagery...

The Death Of Dale Earnhardt

Every NASCAR driver's greatest fear was embodied in the 2001 Daytona 500 when Dale Earnhardt's car hit the wall at approximately 161mph instantaneously killing the notorious driver as fans looked on in terror. Earnhardt's a legend in the NASCAR community and has survived a few hairy ones but, this scene was one he couldn't live to talk about. 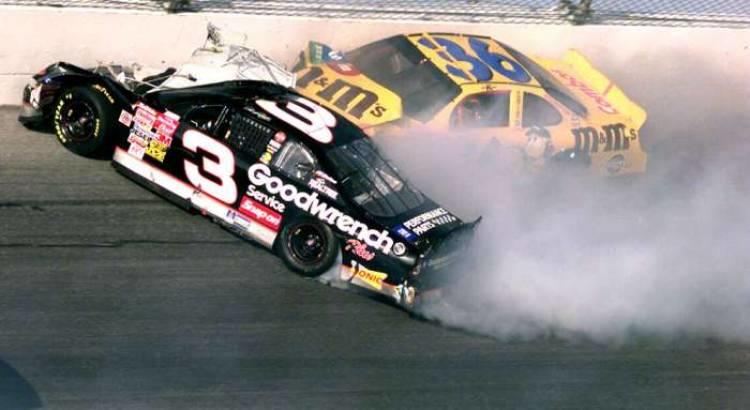 Don't get it twisted, the concept of the movie Up is amazing but, in reality, it's terrifying especially being that in 2009, a frantic phone call was received by a young kid's parents that he floated away in a large balloon in Colorado. Hundreds took to the scene live and the spectacle was filmed on live television after false reports of the child falling from the balloon. Fortunately, the balloon crashed and the boy was discovered hiding in his attic. Later, it was revealed as a hoax conspired by the kid's parents. SMH. 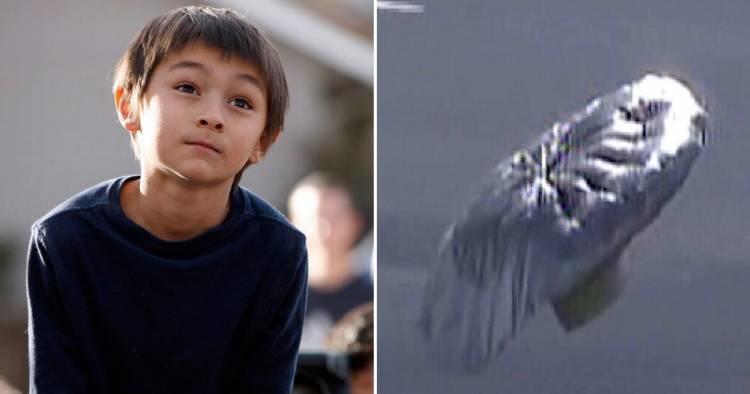 During the 2004 NFL Super Bowl, we all received the surprise of nudity in the form of Janet Jackson's right nipple beautifully decorated with a sun designed nipple ring. She was forced to apologize and faced a lot of criticism following the wardrobe malfunction, despite the fact Justin Timberlake had ripped off her clothing. To this very day, we're confused about the outrage and still lusting after Janet as well. 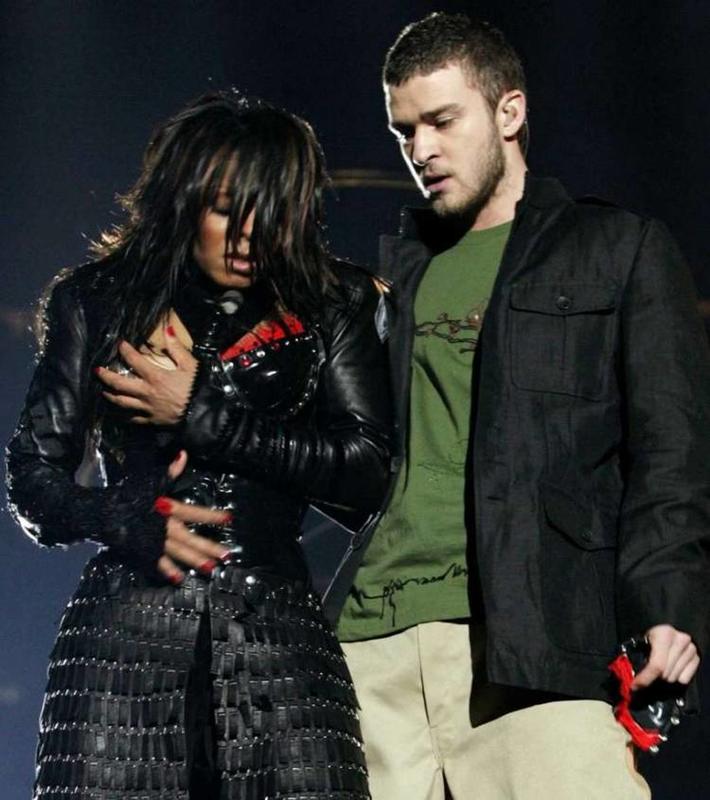 You might want to think twice about looking at this one if you haven't had your lunch yet. This particular live television moment took place in Manila, Philippines, when an ex-police officer by the name of Rolando Mendoza hijacked a tourist bus in the foreign country. Mendoza's brother had entered the bus without permission from authorities and was later arrested. After witnessing his brother's arrest, Mendoza shot and killed eight hostages, later he was killed also. Luckily, majority of the action took place on the bus and not too much was recorded live for viewers to witness. 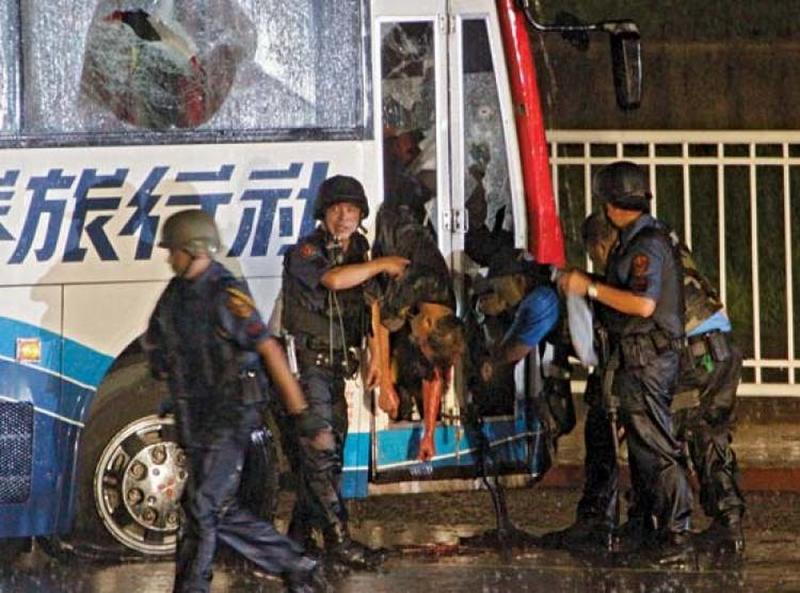 Back in September of 2005, we vividly remember watching this JetBlue Boeing aircraft circle the airport they had just taken off from after the plane's landing gear malfunctioned and was forced to make an emergency landing. What's Twilight Zone-esque about the entire ordeal is that the travelers aboard the plane too were watching their own fate live on television as well. Fortunately, the pilot was able to land the plane with no fatalities despite the fact things could have gone left easily. 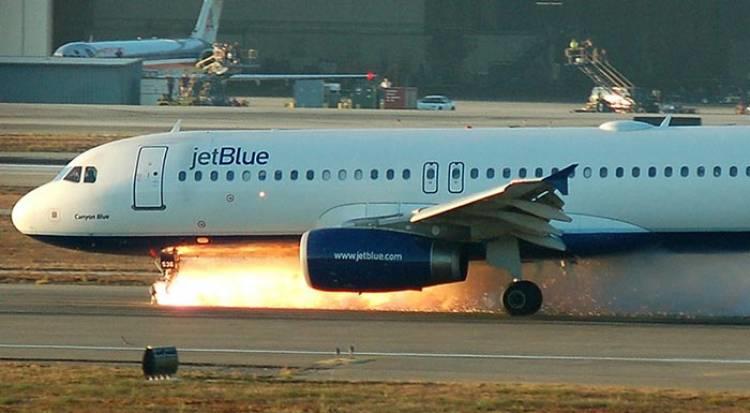 The Fall Of The Berlin Wall

Finally, a story that provides us with some type of joy, the fall of the Berlin Wall! In November of 1989. The fall of the Berlin Wall in Germany became a symbolic representation of the fall of Communism as Tom Brokaw narrated the classic footage of citizens, government officials, and international participants hammering away at the wall until it was no more was a huge step in the right direction for Europe. 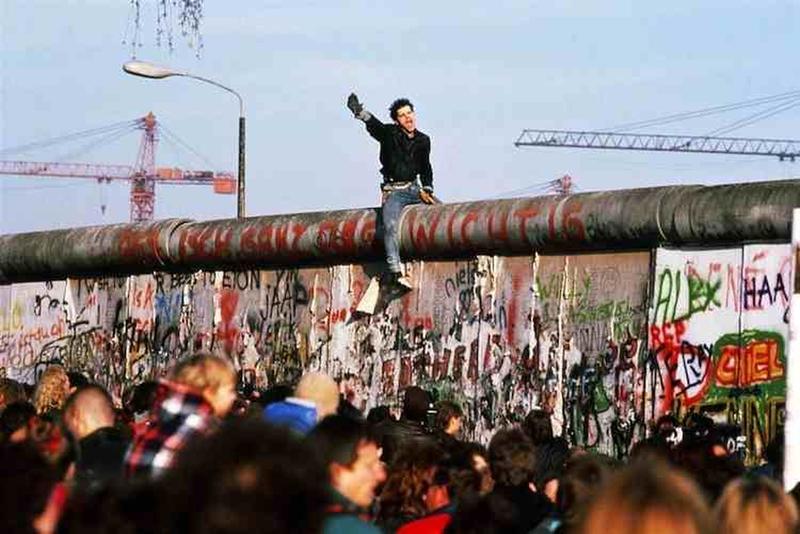 This could be one of the eeriest live television moments of all time being that Christine Chubbuck was performing her duties an on-air newscaster and on July 15, 1974, had this message for the people written in her notes, 'In keeping with Channel 40's policy of bringing you the latest in blood and guts, and in living color, you are going to see another first: attempted suicide.' She pulled on a gun from under the desk and unloaded a single bullet behind her right ear. Supposedly, all the film of the suicide has been destroyed. 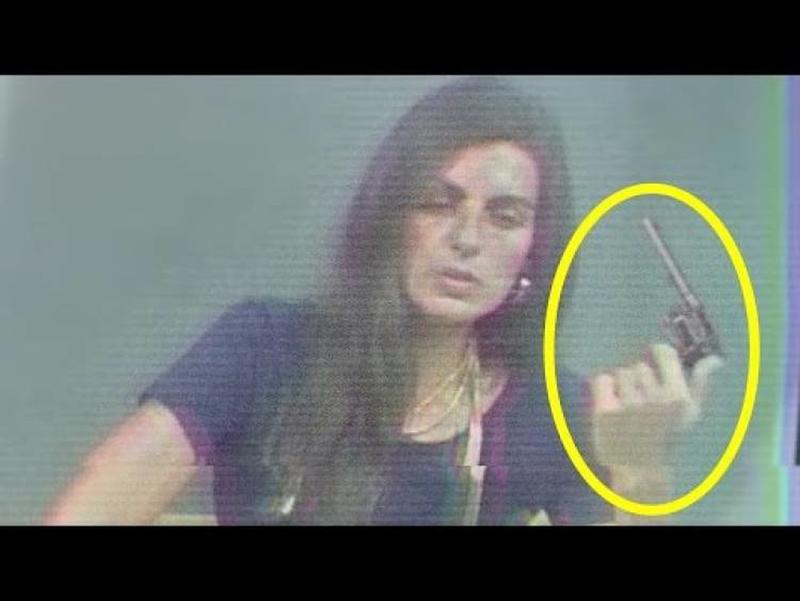 Back in spring of 1992, four Los Angeles Police officers were acquitted of all charges after brutal footage surfaced of them beating suspect Rodney King to a pulp resulting in one of the largest riots the United States has witnessed over the course of six days. 53 fatalities were recorded and thousands were injured as they demanded justice for King. To this very day, police brutality runs rampant throughout the United States. 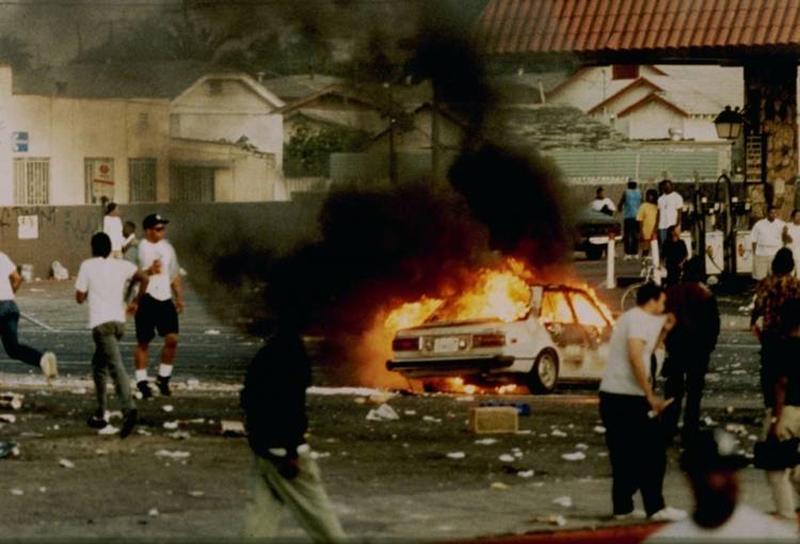 June 17, 1994, Orenthal James Simpson Orange County police officials on the most highlighted car chases of all time after the former running back had become a prime suspect in the murders of his ex-wife, Nicole Brown Simpson, and her friend, Ronald Goldman. The car chase wasn't aggressive but, it became must-watch television that captivated the entire nation as well all had our eyes on O.J.'s white Ford Bronco. 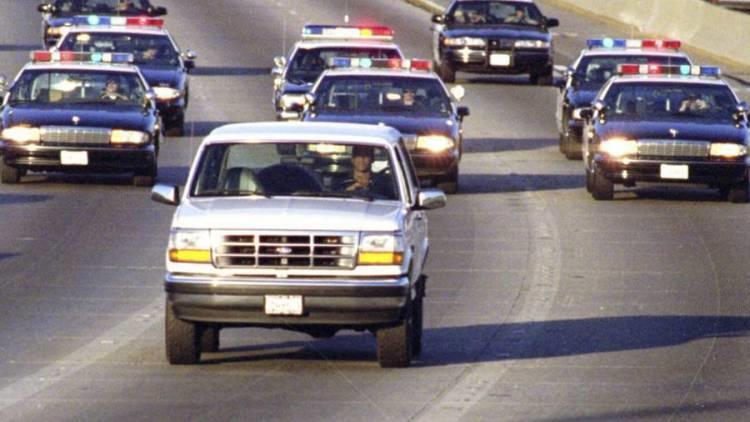 In January of 1986, everyone was rooting for the NASA team including an onboard civilian teacher by the name of Christa McAuliffe was going to be the first average civilian to experience space exploration. Unfortunately, 70 seconds into the launch the space shuttle known as Challenger was dismantled in mid-air and exploded in front of millions of viewers breaking the hearts of so many... Space exploration was forever changed on that day, January 28th. 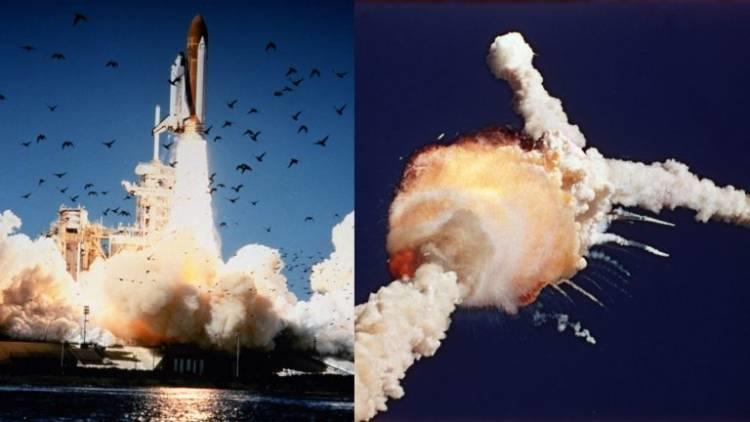 The Death Of Gaddafi

For those of you unaware of who Muammar Gaddafi is, he was at one point the leader and dictator of the North African country Libya. Gaddafi's death was recorded and celebrated by many in October of 2011 after he was stabbed and killed with a bayonet in the Battle of Sitre. The footage of his death is some of the vilest we've ever seen but, he did have a message to unite Africa and create their own currency based on the resources from the land there... The powers that be, can't and wouldn't have that, resulting in this. 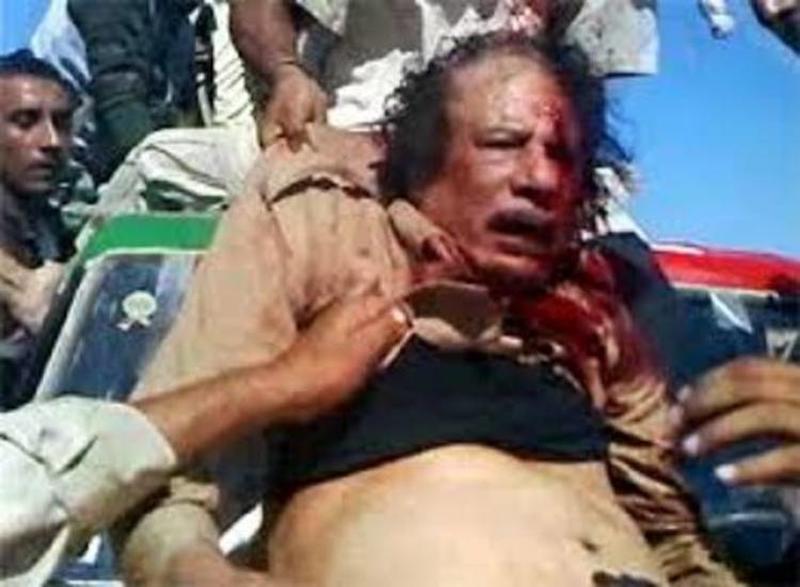 This powerful imagery is still alive and well today as the 35th President of the United States in John F. Kennedy was riding throughout the streets alongside his wife Jacqueline and their motorcade, when Kennedy was fatally shot in the back of the head by former Marine, Lee Harvey Oswald on November 22, 1963. The live footage can still be found and is just as haunting to this very day. 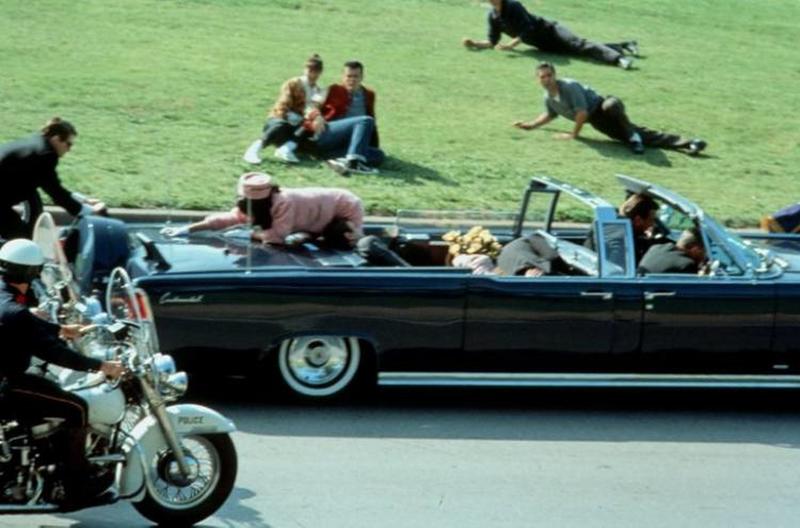 We all know exactly where we were on the day of September 11, 2001, when the World Trade Center was struck by aircrafts. It wasn't until the second American Airlines Flight 175 struck the South Tower that we all knew that this was an orchestrated terrorist attack. To this very day, theories about how something like this could possibly happen surface. This was single-handedly the worst invasion the United States of America has faced to this very day.

With that being said, live life to the fullest, in peace, and positivity, you never know what could possibly happen out here in this cold world. 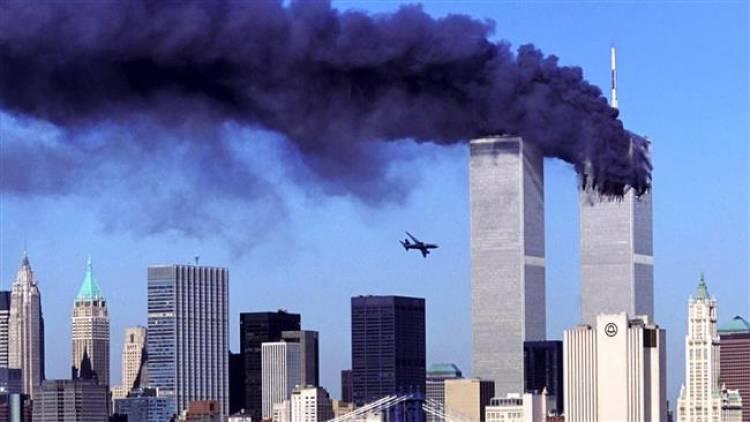