The Unexpected Reason Triscutis Crackers Got Their Names

What's in a name? Apparently a lot. Think about your own name. If suddenly your name changed to something else, would you feel like a different person? I know I would. We make bonds with our names that are hard to break, but we also make bonds with other people's names. 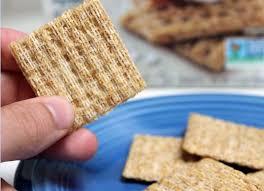 Imagine if you found out someone you knew closely was deciding to change their name. You would feel weird about it! That goes for objects too. We have all known someone who calls a remote control the “clicker” and just can't let it go no matter what other people call it.

It's interesting to find out how people and things got their names. Sometimes it makes sense and fits, but other times it can leave you scratching your head. Recently there was a Twitter threat that brought to light the etymology of a beloved snack, the Triscuit. Read on to find out the truth behind the name.

What Does Triscuit Mean?

Triscuit is like a cracker on steroids. It is amazingly crunchy, delicious, and healthy, and can pair with something as fancy as caviar as well as something as lowbrow as spray on cheese. It is just that versatile. You've probably never thought about why it is called a Triscuit in the first place. Why would you? But once you start thinking about it, you realize how strange of a name it truly is.

A Twitter user with the name @sageboggs decided to do some investigating on the snack cracker so he could share his findings with the internet. He Tweeted, "OK, buckle up. I wanna talk to you about Triscuit.” On its face it might sound like a boring exploration into a strange topic, but it would prove to be fascinating. Buckling up is completely necessary.

Boggs went on to tell the story, saying, "Several years ago I was at a party (BRAG!), and I spotted a box of Triscuits. I asked everyone, 'What does the word 'Triscuit' mean? It's clearly based on the word 'BISCUIT,' but what does the 'TRI' mean?' (I'm great at parties.)" They all assumed that the tri meant “three,” as in three layers or three ingredients. A Google search gave no answers. 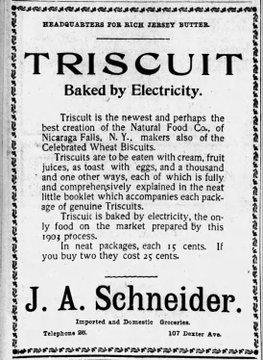 Boggs ended up reaching out to Nabisco to ask them, but their response was baffling. They said no business records survived, but they knew for sure that the Tri did not mean three. Boggs was shocked by this, tweeting, "Also, 'No business records survived'? What the HELL happened at the Triscuit factory? Did the building explode? Did someone run out of the doors and yell 'It doesn't mean THREE!' right before perishing in a giant blaze?"

Boggs wasn't satisfied with the answers he was getting, but his investigation led him to an old Triscuit ad. Boggs summed up his findings from the ad on Twitter, “In the early 1900's, Triscuit was run out of Niagara Falls. And their big selling point? Being 'baked by electricity.' They were 'the only food on the market prepared by this 1903 process.' Look at the lightning bolts! And that's when it clicked— Elec-TRI-city Biscuit TRISCUIT MEANS "ELECTRICITY BISCUIT"!! 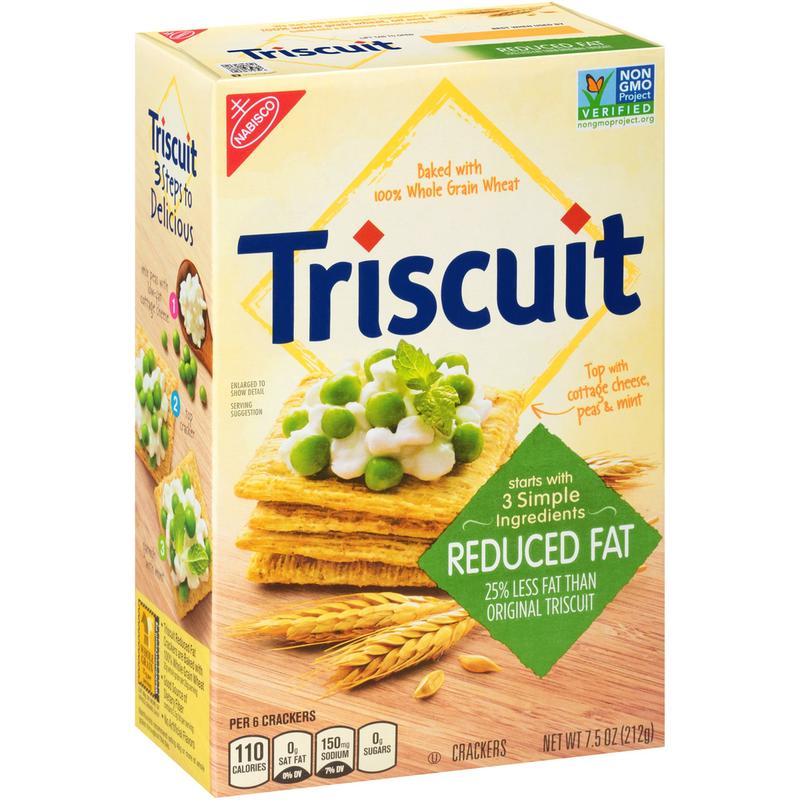 In case there was still any speculation, the official Triscuit account confirmed it to be true. This is the type of feel good story we need while we are all self isolating due to Covid-19. It is good to know that people like Boggs are spending their time well, doing the hard hitting investigating that journalists are failing to do.