Marvel-Themed Foods Are Coming to Disneyland

Is there any happier place in the world than Disneyland? If there is, I'm sure people would swarm it in the same way they do with Disneyland. It's the most magical place on Earth, according to their marketing, but it seems their many fans feel the same way. Disneyland is truly a magical place.

Disneyland theme parks have become even more magical with the acquisition of Star Wars and Marvel. The new Star Wars section of the theme park immerses park-goers in the world of Star Wars in a way unlike anything seen before it. Now, fans can look forward to getting the same treatment with Star Wars.

The new Marvel world in Disneyland is coming to the California Adventure section of the park around mid-July, and there won't just be rides and characters. Expect some delicious Marvel-themed food to keep you going all day and night in the park. Here are some of the tasty treats coming to the park. 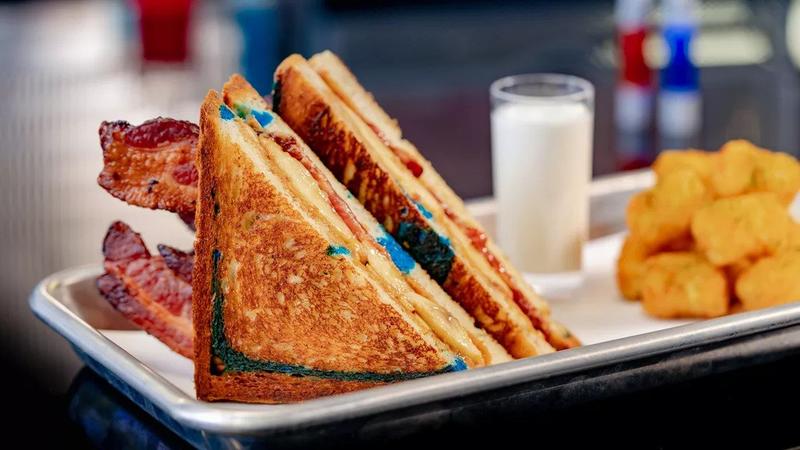 Marvel hype is at an all time high after Marvel's successful Infinity Saga. The new Marvel area of California Adventures is going to dish out a bunch of delicious, Marvel-themed goodies! The park is set to open on July 18th, featuring an Ant-Man-themes restaurant where all the food is oversized, like giant pretzels, huge meatballs, and a gigantic candy bar. They even have kiosks for colorful churros and inside jokes to fans like shawarmas - the food the Avengers eat together in one of the post credits sequences. 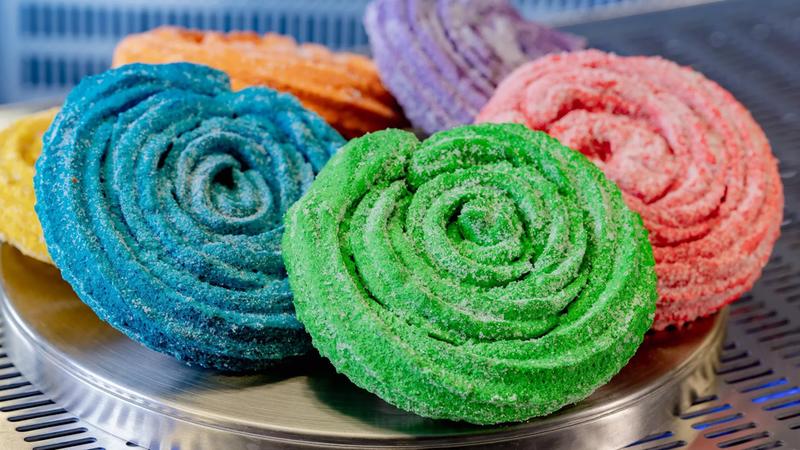 This is just the early buzz on the food, and it can change at any moment before the park's launch since it is still in early development, but knowing they are doing things that are creative and fun, like giant snacks for an Ant-Man restaurant, it bodes well for the park's success.

The Ant-Man-Themed restaurant is called Pym Tasting Kitchen which operates on the premise that the restaurant is a Quantum Tunnel machine, allowing for size experimentation with food. The Quantum Pretel is the chief item and comes with beer cheese to smother its entire 14 inch size. All of the items are large like this, including the Not So Little Chicken Sandwich, a huge schnitzel patty in a tiny bun. Even the caesar salad comes with a colossal crouton. 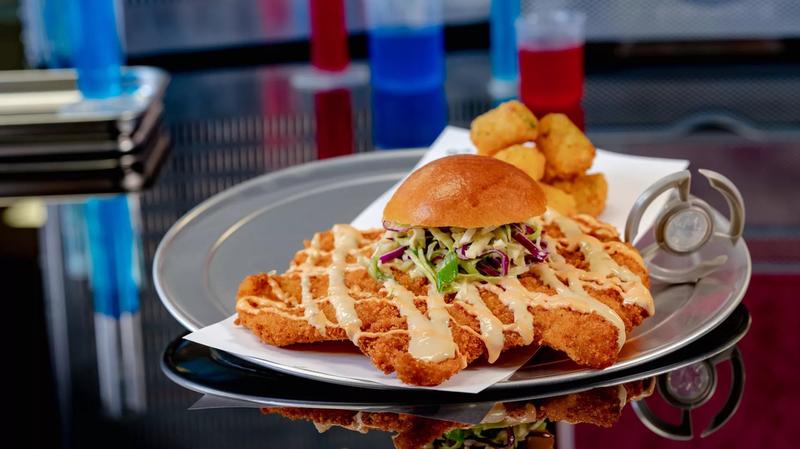 The Impossible Spoonful is a giant vegan meatball served with a tiny fork stuck on top of it. It's a good option for vegans who can handle a meatball this size. On the kids menu is a do-it-yourself peanut butter and jelly sandwich that lets the kids construct their own sandwich on top of purple-swirled Pym bread.

For adults, there is the Pym Tasting Lab, the Ant-Man-Themed bar serving beer-cocktails and hard seltzers. Don't expect to do shots at this bar. The drinks are pre-mixed or come in speciality glasses that you can take home with you. The Regulator is an interesting mix of wheat ale with Patron Silver, lime juice, and habanero-mango syrup for those looking for something with a little kick. Just don't have too many or else the Avengers might come to get you. 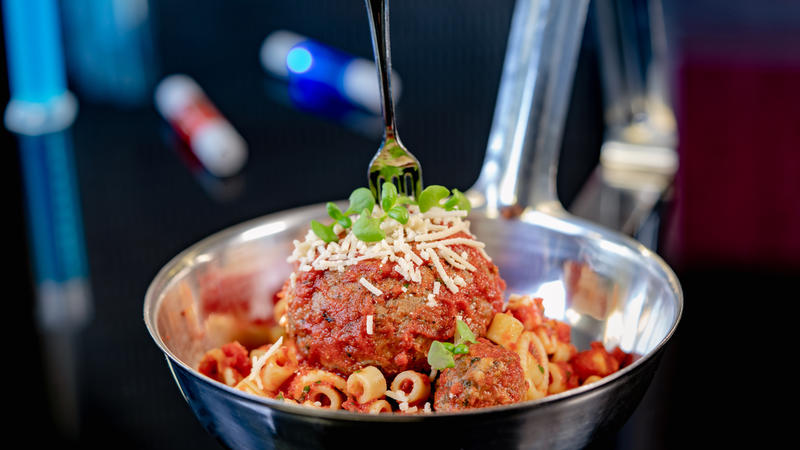 Fans will love having a shawarma, just like the Avengers, at the Shawarma palace. It is called the Impossible Victory shawarma to commemorate the Avengers' impossible victory. If Disney has proven anything, it is that they can make fun park experiences based on their film properties, so it will be an exciting new era for Disney as they play further with Star Wars and Marvel.