Cars are a big deal for many people. For some, a car is more than just a vehicle on four wheels. A car means freedom. It means you can go wherever you want to go, whenever you want to go there. They are also a way to express ourselves. If you've ever put a bumper sticker on your car, you know what I mean. 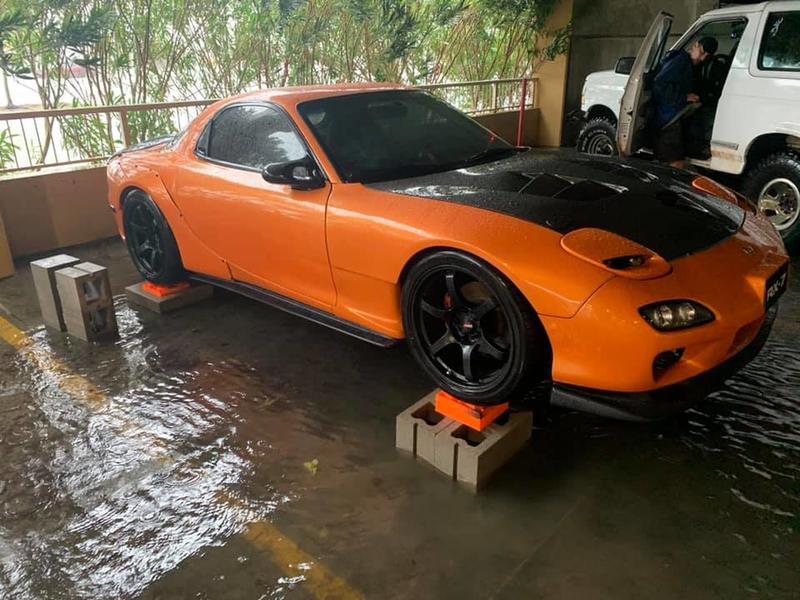 You might be someone who drives around a beater and doesn't mind what their car looks like as long as it runs, but other people spend thousands of dollars on suping up their cars. We're used to the nostalgia of 50s-70s era suped up cars, but the next wave of classics are the imports of the 90s.

Cars like the Mazda Rx-7 are coveted because they are extremely nimble and powerful, but not many were made in the United States. That's why when one good samaritan saw a pristine RX-7 about to be damaged by flood waters, he stepped in and went above and beyond to keep it safe.

Tropical Storm Cristobal Set its Sights on an RX-7

The past year has been pretty rough for many people. Natural disasters have caused many to lose their homes and property. The wildfires in Australia and California have been devastating, as well as floods and storms all around the United States. Between natural disasters and man-made crisis, it can feel like the world is a dark place. Luckily there are still plenty of people who are willing to do good, which is the case with this story. 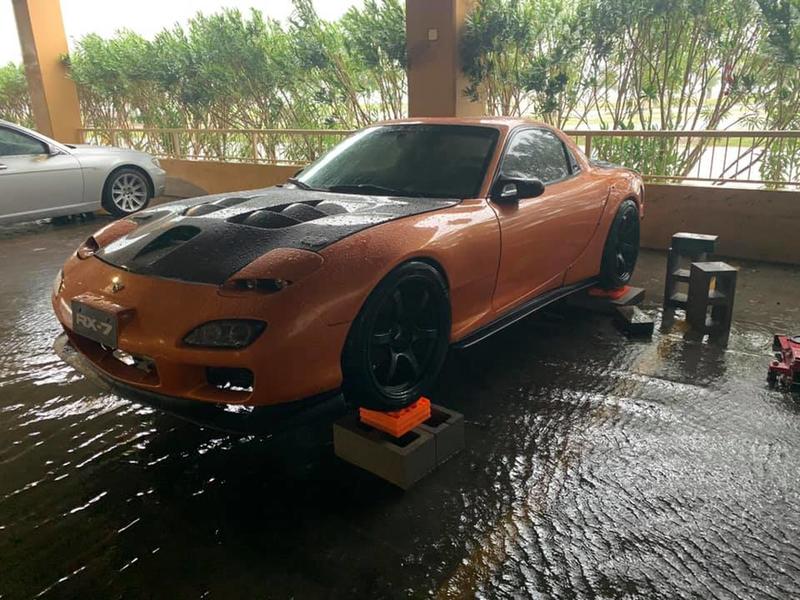 Someone had posted a picture of a flooding garage for the Biloxi Golden Nugget Casino where a rare RX-7 was in peril. The flooding was due to the tropical storm Cristobal. When Austin Ownes saw the picture, he knew the car was in trouble. Did he know the owner? No, but that wasn't going to stop him from rescuing the gorgeous car.

A Rare Car is Saved

Austin Owens jumped right into action. He even went as far as to buy brand new cinder blocks from Home Depot to put in his Ford Bronco, as well as his jack. His plan was to venture through the floodwaters and rescue the RX-7. For those who know import cars, the RX-7 is a rarity. If you do find one, they are often wrecked from reckless driving, so if you find a clean one, it's a sight to behold. 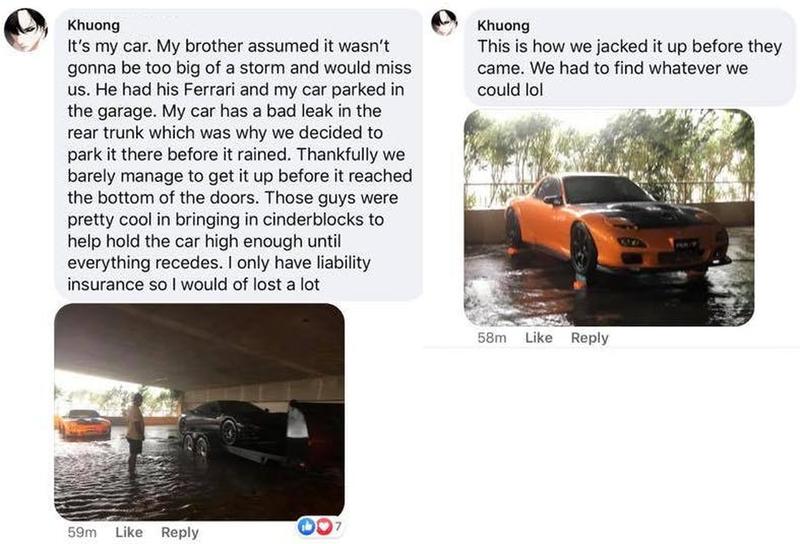 By the time Austin Owens was done, the RX-7 was safe. There were two other cars in peril as well, however, including a BMW and a Ferrari. Luckily the owner of all three cars eventually came with a trailer and towed away the Ferrari, followed by the RX-7. The fate of the BMW is unclear, but is presumed wet.

Owens Doesn't Consider Himself a Hero

Some Facebooking among car groups lead to many car enthusiasts thanks Owens for the rescue. They later tracked down the owners who are convenience store owners in town. According to them, the RX-7 was only painted earlier that month and had a custom built rotary engine. It is not something the owners would have wanted to lose, especially with only liability insurance. 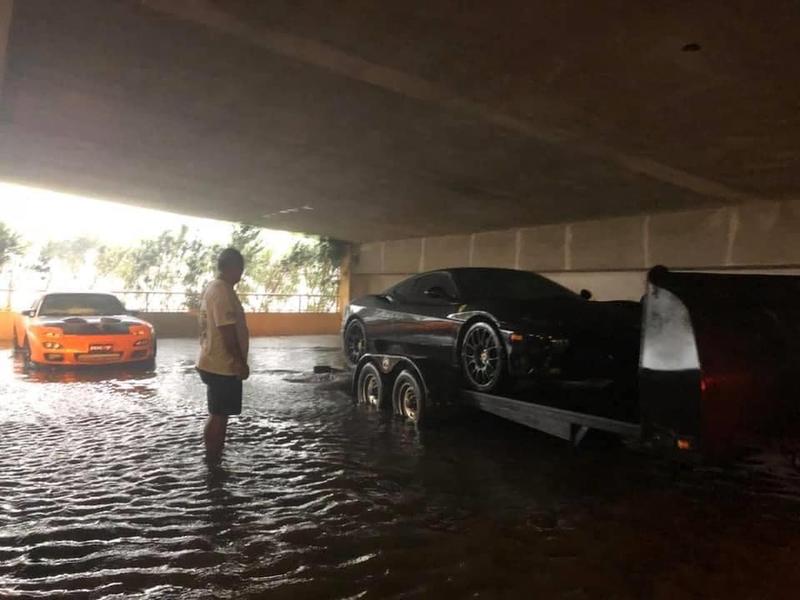 Owens spoke with a local radio station and commented on whether or not he considers himself a hero, “I wouldn't consider myself a hero by any means. I would hope that if I had a car of that stature hiding in a parking garage with a tropical storm that somebody would reach out and try to do something to get it off the ground.” Like Mister Rogers always said, look for the helpers. Austin Owens is definitely one of the helpers.