The Arctic Ocean is the smallest one of the world's five oceans and even though it's recognized as such by the International Hydrographic Organization, some people and experts simply call it the Arctic Sea. Regardless, it's been the source of some weird occurrences as NASA has recently put out photos of bizarre looking ice holes. Even the best of scientists have been quoted to say: "I have never seen anything like that before". 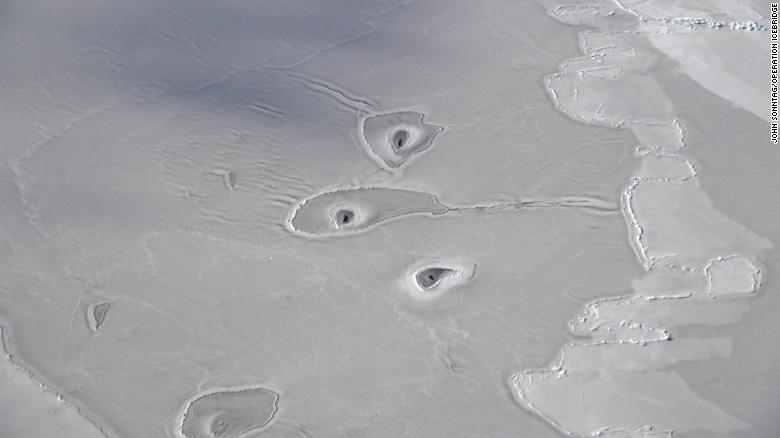 Back on April 14, certain NASA scientists were on a flight over the Beaufort Sea when they noticed something quite unusual. The sight below them included three holes in the ice of the sea that also had circle shapes around them. The more specific area where the photo was taken was about 50 miles northwest of Canada's Mackenzie River Delta. The holes were also surrounded by weird formations that suggest thin ice. 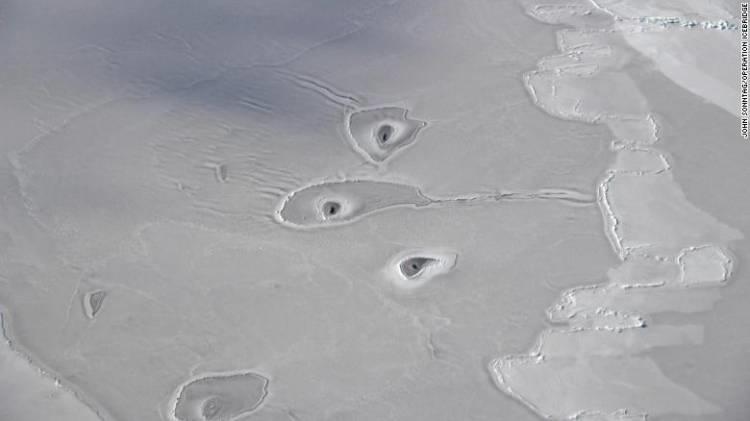 NASA scientists have been baffled by these mysterious ice holes and they have taken some guesses on what may have produced them. Nathan Kurtz, who is an IceBridge project scientist, was quoted to say: "I have never seen anything like that before". Chris Shuman, on the other hand, added: "This is in pretty shallow water generally, so there is every chance this is just 'warm springs' or seeps of groundwater flowing from the mountains inland that make their presence known in this particular area".

NASA Scientists Take Their Guesses - What Created the Ice Holes?

The first guess some of the experts had about what created the holes were Arctic seals. The reason behind this is the fact that seals have the tendency to chew through the ice for breathing holes or perhaps to heave themselves onto it in order to rest. In relation, the Ice Data Center scientist Walt Meier stated: "If those holes are less than 2 meters in size, then the encircling features may be due to waves of water washing out over the ice when the seals surface". 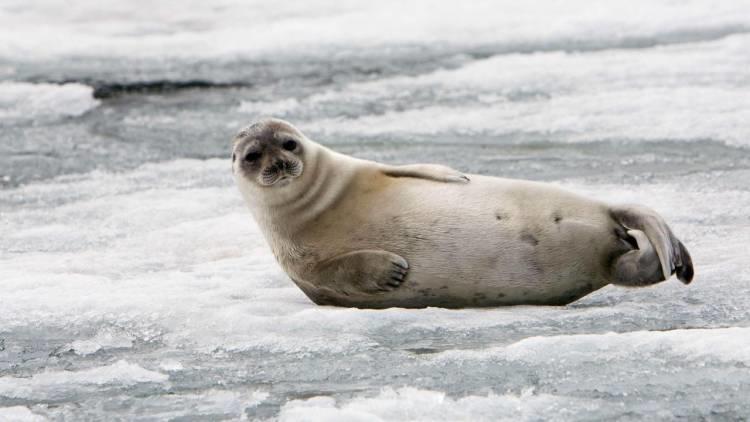 Another possible reason could be the quick warming of the Arctic region which according to Meier makes the sea ice more mobile, and therefore it has more open areas that can re-freeze. Meier also rules out the possibility of a shattered meteor hit because the holes are too near each other. Whatever the exact reasons may be, it's definitely difficult to explain these ice holes and the aforementioned Nathan Kurtz and Chris Shuman had some more to say on the subject.

Beaufort Currents or the Mackenzie River May Have Played a Role

"The other possibility is that warmer water from Beaufort currents or out of the Mackenzie River is finding its way to the surface due to interacting with the bathymetry, just the way some polynyas form", said Chris Shuman; while Nathan Kurtz elaborated that this is definitely an area of thin ice considering the color is gray enough to indicate little snow cover. However, he's not sure what kind of dynamics could lead to the semi-circle shaped features surrounding the holes. 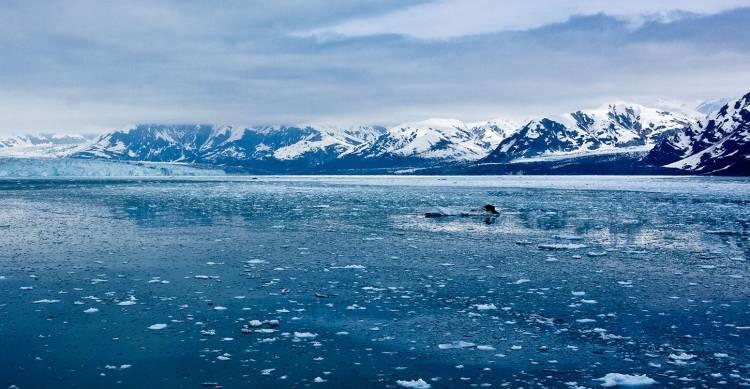 Back to Walt Meier, he also added that the circles could be a sort of drainage feature that results from when the holes are made in the ice. The picture of the ice holes was included in NASA's "Puzzler" which is a series that offers captivating photos that give people the chance to share their opinions on what is it exactly that they're seeing. This is basically similar to what the scientists have been doing themselves - taking their best guesses.