In an unusual occurrence, Nick Taylor received a 62 feet wrapping paper from Amazon which was supposedly used to "protect" a bag of dog food. According to Nick, the food didn't require any protection at all and the box which came with the bag of food was huge enough so that a person could basically live in it. Nick decided to film the 62 feet of wrapping paper disposed all around his house and he posted the video of it. 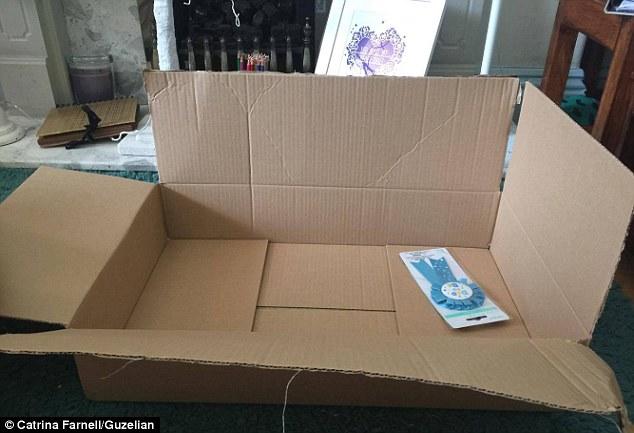 Nick Taylor Filmed the Wrapping Paper laid out In His House

The video which Nick Taylor took of the wrapping paper starts in what seems to be a utility room. From there, the trail continues into a dining area prior to proceeding to the kitchen. Considering the length of the wrapping paper, the video doesn't stop there and the paper makes its way into the hall where the viewers can get a quick glimpse of the dog food in a heavy plastic packaging. 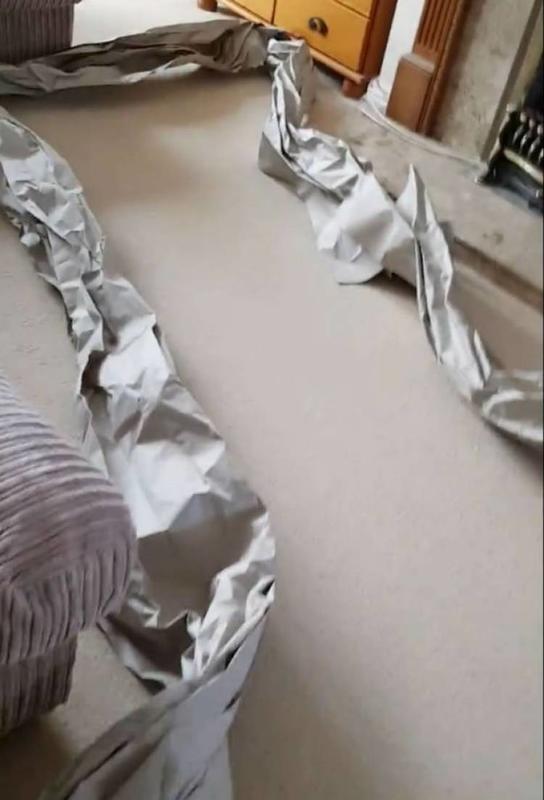 Nick bought the food for his two golden retrievers that are named Marley and Charlie. In his words, the packaging was totally excessive and wrapped around dog food which as Nick says - didn't need any wrapping at all. According to him, the box in which the bag of food was delivered could pretty much welcome a person to use it as a place to live in. As for the video, the paper goes into the lounge as its next stop.

Nick's Dog Was Confused by the Trail of Paper

After taking a right turn and entering the lounge, Nick's video proceeds with the paper passing by his dog which appears to be bewildered at the sight. Prior to ending, the paper leaves the lounge after a 180-degree turn and enters the dining room. Having bought a 12kg bag of Eukanuba breed nutrition for Marley and Charlie, his two golden retrievers, and receiving it packaged in excessive wrapping - Nick took his feedback to Amazon. 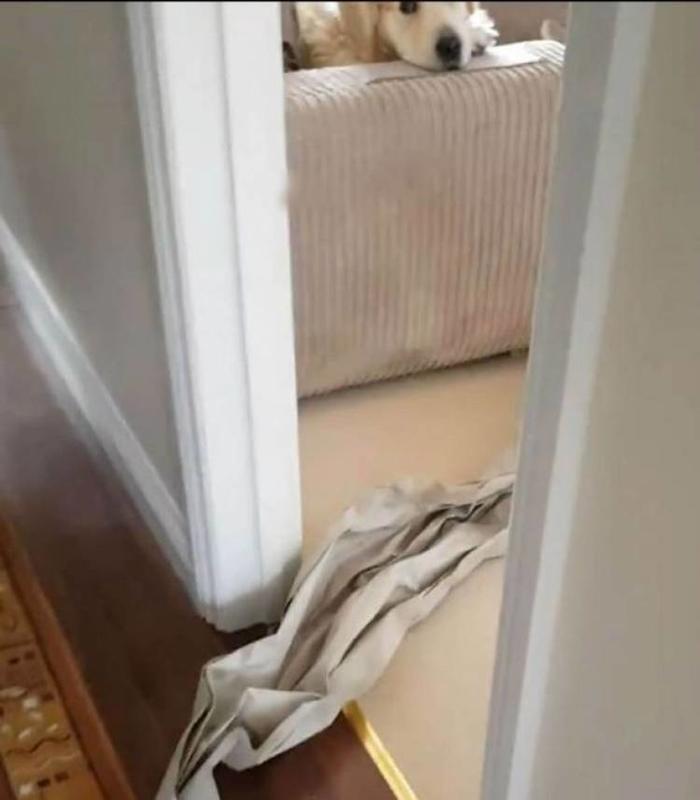 Namely, he told them the following: "So ordered a bag of dog food, which can be delivered as is. No need for packaging. It arrives in a box big enough to live in and with 62ft of brown paper. I'm seriously considering going somewhere else to buy things it's a joke". Apparently, Amazon replied to Nick on Facebook and suggested that he reports his packaging troubles through a link. Nick responded that he had already done that to no avail.

Even though this is the third time that Nick has contacted Amazon they are still sending out tons of packaging. He says that it's a real pain to recycle it all and for no reason. A spokesperson from Amazon was quoted to say: "We are always driving improvements in the sustainability of packaging across Amazon's supply chain, starting with our own packaging and our own operations". It appears that Amazon has been facing an expanded perusal in regards to oversized packaging. 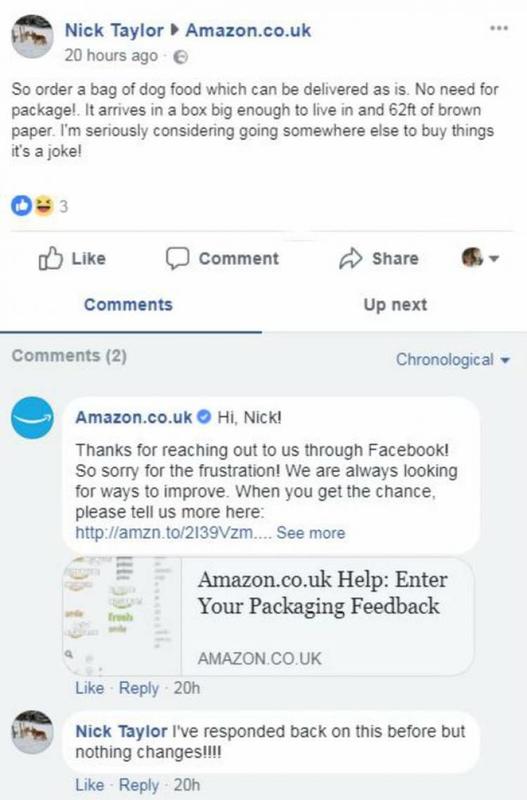 Aside from Nick's issue with the wrapping paper and the bag of dog food, other customers have faced similar issues with oversized packaging. One lady received a two feet microphone pole in a box that was big enough to fit her inside considering her height of 5ft 1. In relation, another woman from Southampton got her bottle of nail polish in a box that had enough room for her feet to fit in. She proved it by taking a photo.