12 Pound Rock From Moon Sells For More Than 600K

Space, the final frontier. While we explore space more and more with each passing year, it is still an incredibly mysterious place. It's one of the last places for mankind to explore, along with the depths of the ocean. Even then, space seems much more formidable and mysterious than the ocean.

Only a very small, microscopic amount of the population has been to space, which adds to its allure. People like Richard Branson and Elon Musk are trying to change that with their plans for commercial space flights, which only proves just how popular the concept of going to space could be.

Imagine if you could have a genuine piece of space in your own home. Wouldn't that be amazing? For the time being, no one else will be able to say that they have that. Apparently someone else thought so as well. Recently a rock from the moon sold for six figures at an auction in Boston. 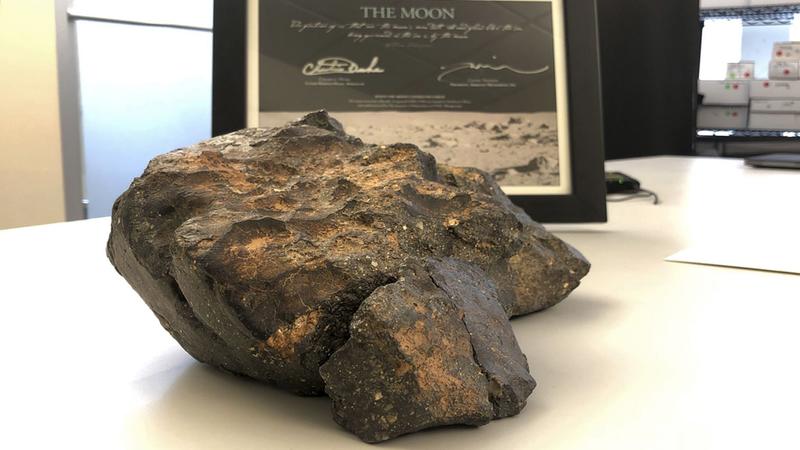 The lunar meteorite that went up for auction weighed in at a whopping 12-pounds. That's quite a heavy rock. To put it in perspective, most lunar meteorites clock in at the size of a small golf ball or walnut. They usually get burnt up in the atmosphere, or smashed apart and scattered upon landing. They aren't exactly plentiful either, so it's not like people have dozens of options to choose from when buying a lunar meteorite. Not that there are many opportunities to go meteorite shopping anyway. 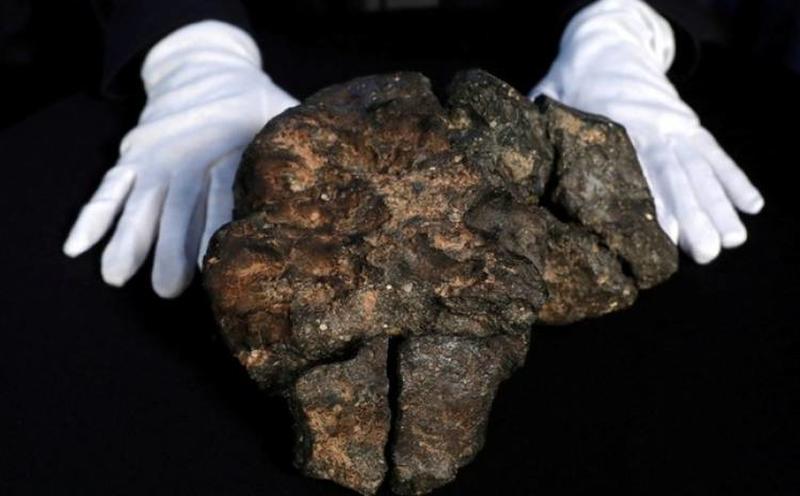 The meteorite was put up for auction by RR Auction in Boston and ended up selling for $612,500 to a representing of the Tam Chuc Pagoda complex located in Vietnam. Ha Nam Province specifically. That is one unique piece of office decor. It's not the type of thing you can buy at Ikea.

Where Did They Find This Meteorite?

You may be wondering where someone would go about finding a lunar meteorite. One might assume that you would go to the moon. While that's a good guess, it would actually be impossible, or at the very least difficult, to get an actual moon rock from the moon. When astronauts bring back rocks from their expeditions, those rocks are government property. To be able to sell and buy a piece of the moon like this, it would have to be found here on Earth. 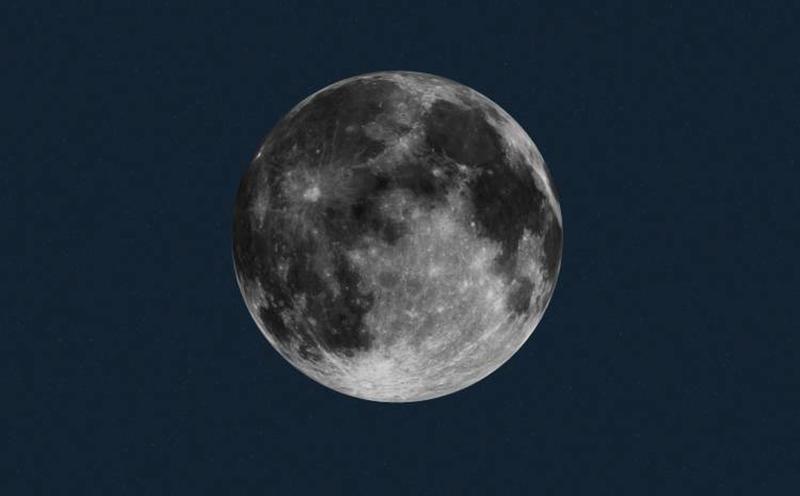 Aerolite Meteorites are the people who found the lunar meteorite in Mauritania, a remote area in the Northwest of Africa. The meteorite most likely landed here on Earth thousands of years ago. Geoff Notkin, CEO of Aerolite Meteorites, had this to say about their find: "As soon as we saw this, we knew it was extraordinarily unusual. This is close to a once-in-a-lifetime find."

Although the lunar meteorite is twelve pounds, it's technically broken up into six different pieces, the biggest of which being six pounds. For this reason, it has taken on the name of "The Moon Puzzle," since it's six different pieces all fit together like a puzzle. The executive vice president of RR Auctions, Robert Livingston, as proud to have the meteorite as part of their auction, saying, "This 'Moon Puzzle' will certainly inspire students of science for generations to come." 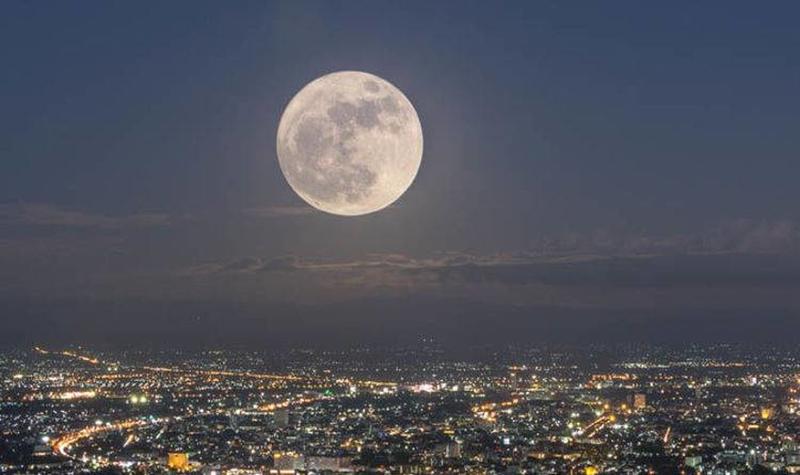 The meteorite is also unique in that is has "partial fusion crust" which is a fancy way of saying that it got burned as it entered Earth's orbit. Not many people would pay six figures for something that is both broke and burned, but lunar meteorites are a strange business. How much would you pay for a piece of the moon?