One big thing that surrounds every couple in a long-term relationship is the idea of the proposal, which of course also entails that a wedding, and probably a honeymoon, would follow. How one proposes is not a minor dilemma at all, and almost anyone who has, has tried to come up with a perfect, original and unique idea for how to pull it off. Recently this one guy did a pretty good job when he proposed to his girlfriend. 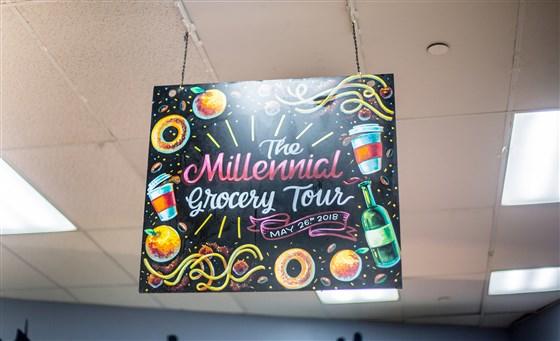 Sidd Sinha was told by his girlfriend, Melanie Diaz, that she had had a dream in which he proposed to her in no other place than a grocery store. Obviously, this gave Sidd a great direction, and considering a proposal was basically inevitable down the line, he decided to go all out with the grocery store 'theme'. What that means is that he didn't just do a random proposal at the first grocery, but he orchestrated an entire show. 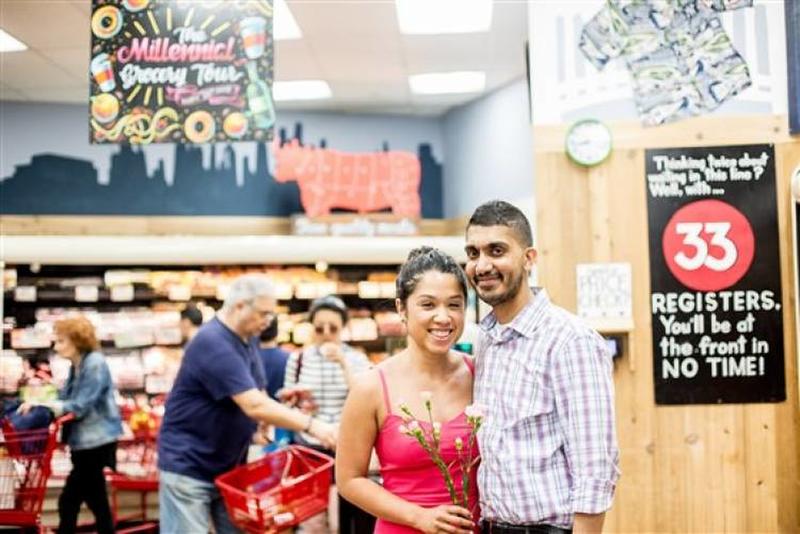 The proposal was to take place in a Trader Joe's in New York, and Sidd's idea was to organize a tour that would take Melanie to a trip down the couple's memory lane. In other words, the tour offered documentation of the couple's big moments in their relationship thus far, and it made use of all of the three floors of the shop. Apparently, Sidd wanted to make it unique. Sidd certainly accomplished his mission.

This is what Sidd had to say regarding his motivation for the proposal, as well as his plan for the way it was going to go down: "We both knew that I was going to propose at some point, and because that element of the surprise wasn't there, I wanted to make it special." Still, the situation had elements of surprise. The day started with a trip to Central Park followed by a walk that got 'interrupted'. 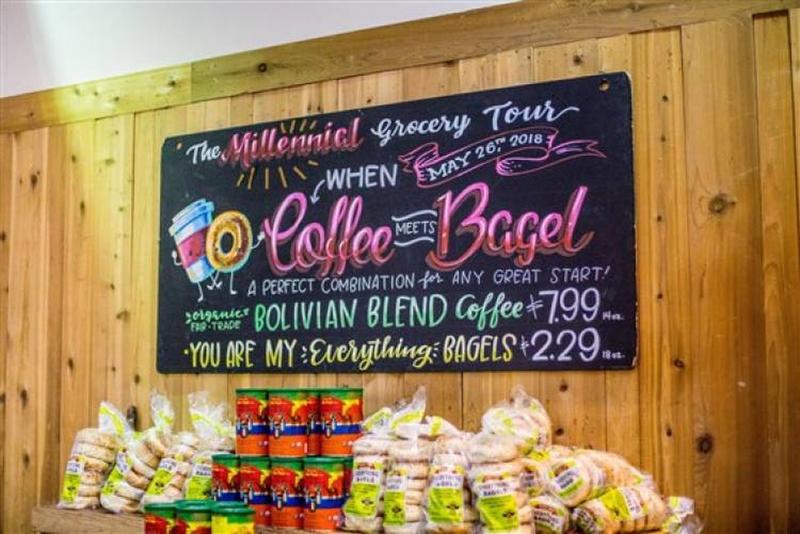 What happened is that as the couple was on their way to a bar where Sidd planned to watch the Houston Rockets game in the playoffs, he asked Melanie to enter a Trader Joe's in order to get some items: "We were walking toward the bar, and he goes, 'Oh look, your favorite store, Trader Joe's. And he starts talking about how we need to go grocery shopping", says Melanie.

One of the first details meant to tip Melanie off was a sign inside the store that read 'When coffee meets bagel, a perfect combination for any great start' - which referred to the way the couple met each other, i.e. the dating app called Coffee Meets Bagel: "At first, I didn't really know what was happening, but I had a feeling something was going on with how the signs were all applying to me and to our relationship", stated Melanie. 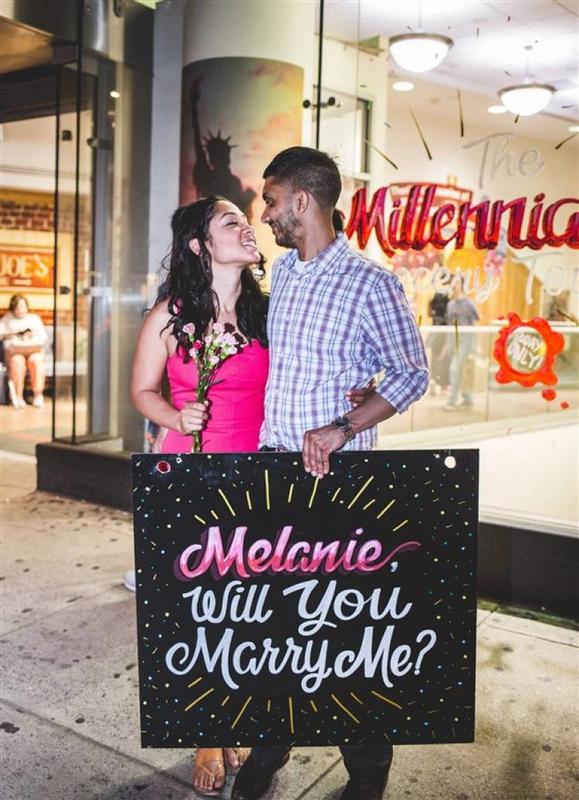 What followed was the sound of Melanie's favorite song 'Lady Marmalade,' and an employee handing out flowers. Next, the two of them were met with cups of chocolate-covered almonds, which are their favorites, but most importantly, the first one included an engagement ring. When Melanie took a look at the final sign, what she read was 'Melanie, Will You Marry Me?' Of course, her answer was yes. She describes the whole ordeal as a dream coming true.