Internet trolls tend to post obnoxious comments that stand out more easily. For example in the middle of tweet replies, in the hopes of provoking an emotional response. Therefore, it's no wonder that a perfectly reasonable tweet, elaborating on some real events and situations could attract some comments that are completely uncalled for. This is what happened to a girl tweeting about her problems with being allergic to certain substances in the air. 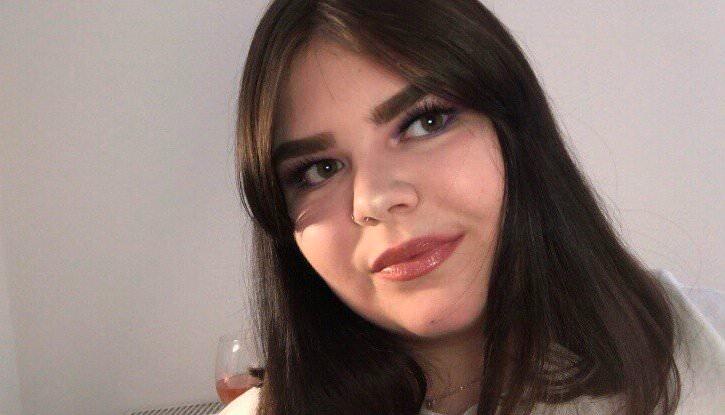 Katy Dallas is a girl, currently 19, that has had issues with nosebleeds ever since she was 11 years old. At first, the nosebleeds were not as frequent but as the years would pass, her situation got worse. Eventually, the doctors diagnosed her with an allergy related to certain substances in the air. In other words, she happens to be sensitive to what is most likely a matter of air pollution. 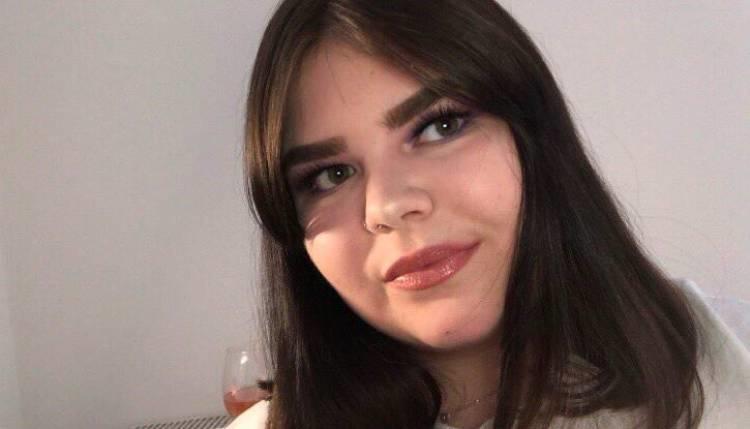 This is what she had to say regarding the situation: "When the nosebleeds got really bad, happening like four times a day when I was about 16/17, I went to the doctors. They had just become a worry and basically, I was told I had a sensitive nose lining and it was just the drier weather. But when I went to another doctor she told me I was allergic to something in the air."

Doctors Have Diagnosed Katy With Allergy to 'Air Pollution'

Katy explains that her issues became worse after she moved from the countryside to the city, which gives more credit to the idea that air pollution is a likely factor. Other than nosebleeds, she also suffers from some other symptoms such as excessive sneezing and itchiness present in her nose and eyes. In order to control the situation, Katy must take medications such as creams and nose sprays on a daily basis. 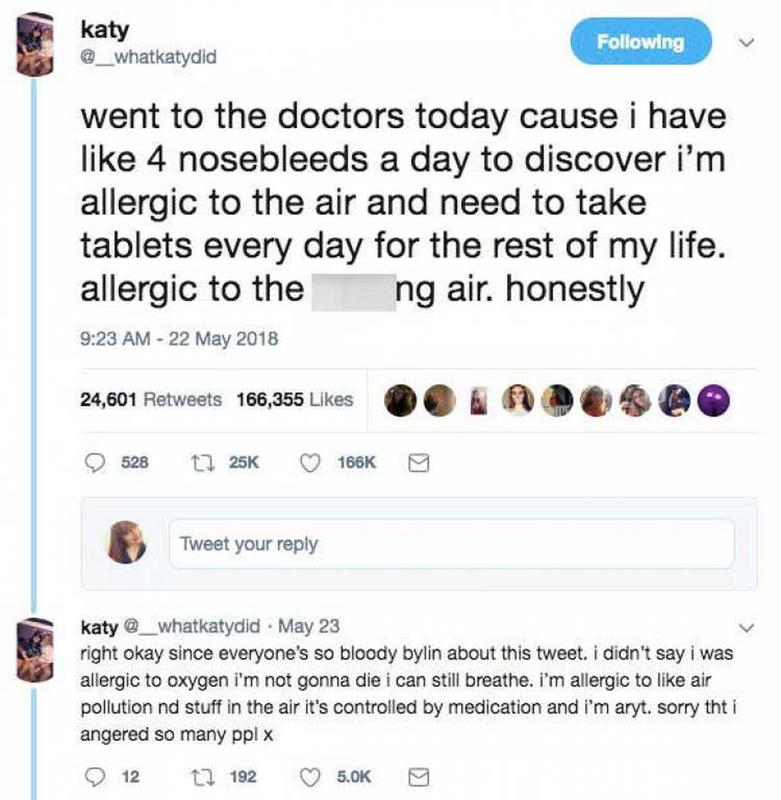 This unusual diagnosis prompted Katy to tweet the following: "I went to the doctors today cause I have like four nosebleeds a day to discover I'm allergic to the air and need to take tablets every day for the rest of my life. Allergic to the f**ing air. Honestly..." The tweet caught quite the attention and the initial number of likes reached up to 166,000, however, not all the replies were positive.

Katy's Tweet Regarding Her Allergy Received Some Very Mean Comments

Katy's tweet received a lot of likes and replies, and while the comments were positive, emphatic, and encouraging for the most part, some of them were completely bad. Other than the usual internet trolls, the negative feedback was in part caused by Katy failing to clarify that by "air" she didn't mean oxygen, but rather air polluted substances. Regardless of later tweets meant to elaborate, she still got some nasty comments. 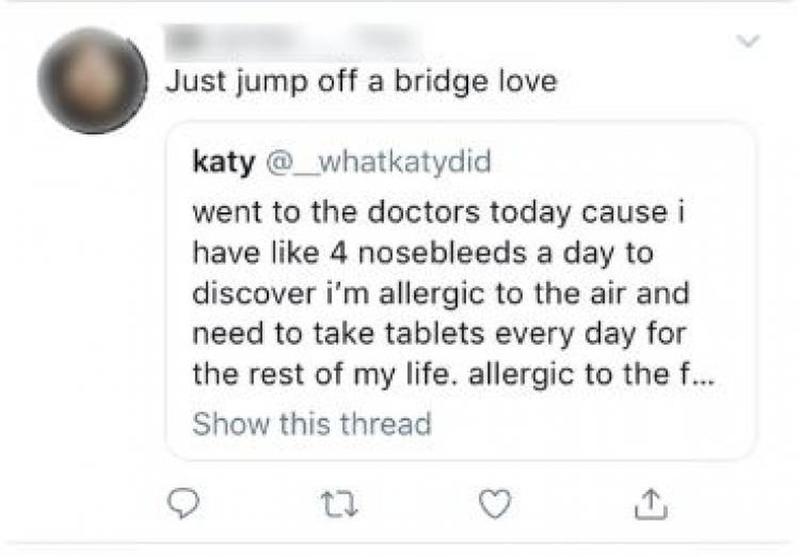 Regarding the outcome of her tweets, Katy stated: I would've worded it better if I had known, because some people took it to mean I was allergic to oxygen, which I'm definitely not. Although some people messaged me saying some really kind things or asking for advice, some reacted in a nasty manner. The worst was when people started to say I deserved to die or it would be cheaper for the NHS if I just died."