It is not uncommon for people to throw parties for their home pets, whether it is dogs, cats, lizards, etc. They become part of the family and are treated as such. Their birthday deserves as much attention as our own. In this story, it appears that celebrating birthdays is not confined to cats and dogs, but to any other animal that would become a pet. In this particular case that animal is a cute looking raccoon. 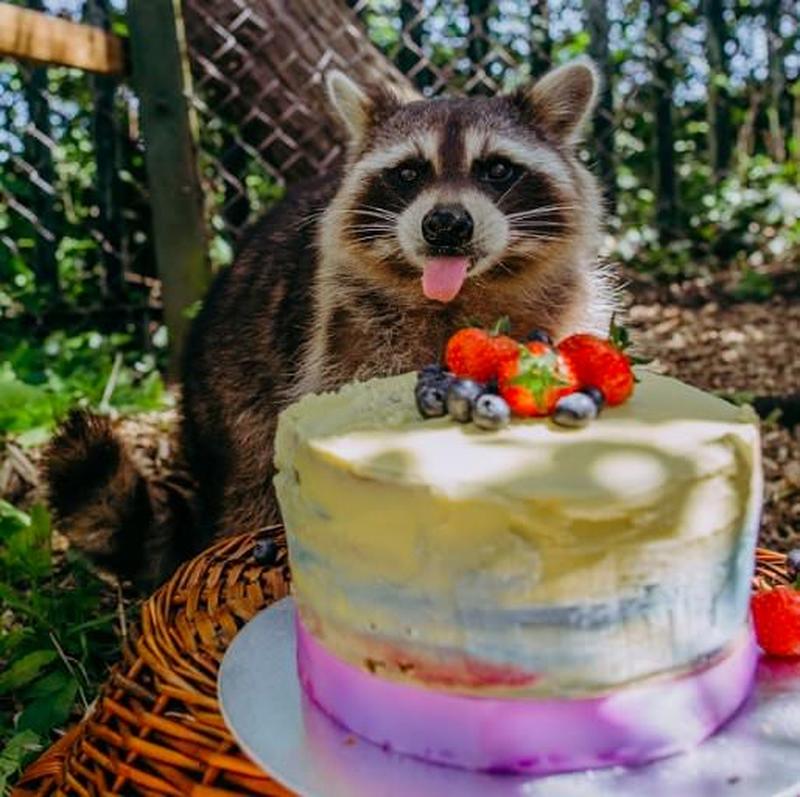 A Birthday Party for a Raccoon

Celebrating birthdays is a very important part of many people's lives, especially kids. It is a good excuse to call all your friends and invite them to your house for several drinks and a birthday cake. It is a great time to have fun. Another great aspect is being the center of attention if you crave it. A less welcome aspect is the reminder that you are a year older. 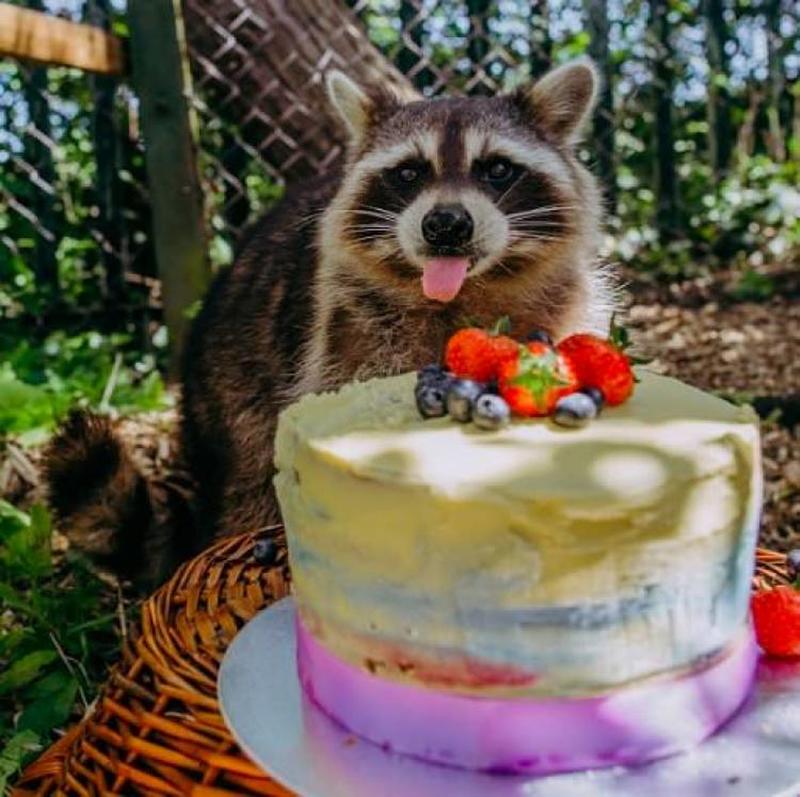 In recent decades, it has become popular for people to celebrate the birthdays of their pets. The privilege of celebrating birthdays has been extended to animals. It is a nice thing to do for the companions that people spend so much time with. In this case, a 24-year-old photographer named Xanthe Rowland from Burnham-on-Sea hosted a party for the 8th birthday of Missy the raccoon.

How Did It Happen?

Because she is a photographer, Xanthe has been asked by many clients over the years to take pictures of the birthday parties that they throw for their children. In many of those birthdays, the babies photographed would destroy the cake and make a big mess. She really enjoys what she does, but once in a while, Xanthe feels like she could use some change from the same mundane everyday routines. 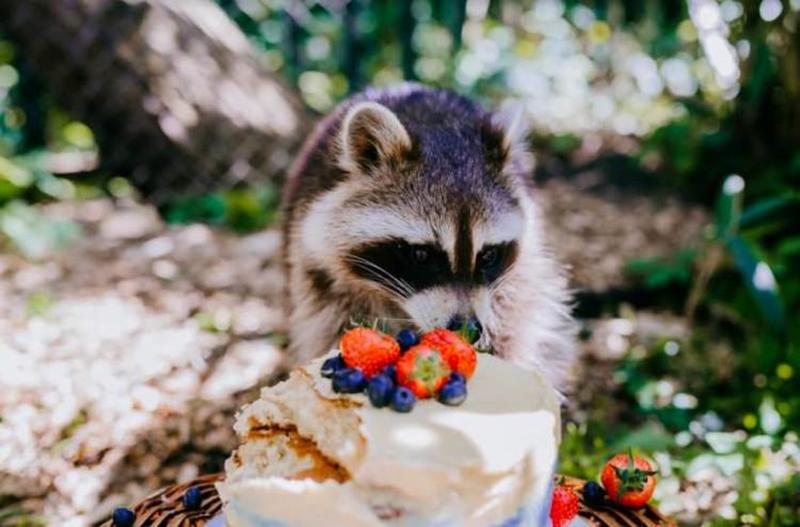 She has always liked animals and thought that taking pictures of them would be a nice change. She was asking around if any of her friends had dogs she could try it with. Finally, she received a message from a friend who is a zookeeper, the message said that one of the raccoons in the zoo has a birthday soon and she could go there and take pictures of it.

Xanthe seized the opportunity because it was all she could hope for. At first, she felt a tad nervous because she had never worked with raccoons before. She was not the only one. Missy was also shy at first, but the delicious banana sponge birthday cake made her forgo her fears and venture forth and play. Missy is one of two raccoons in the zoo, Archer is the other one. 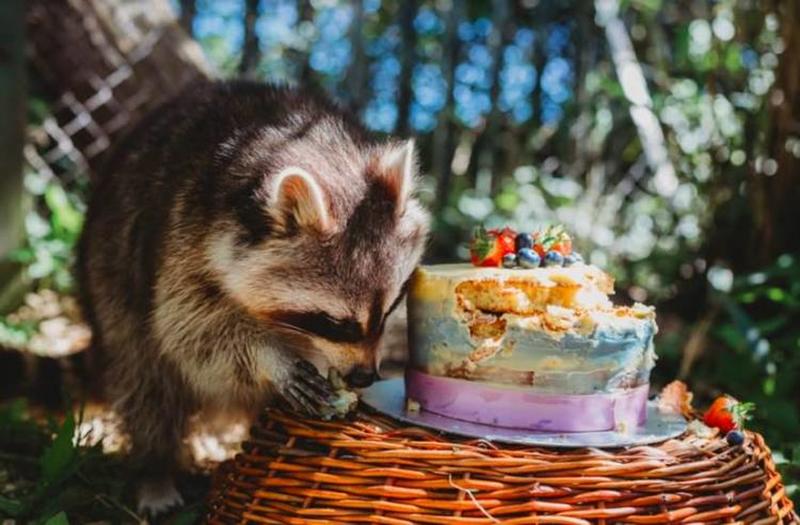 Missy is a bit grumpy when she isn't bribed with food. She can be friendly, but sassy. Watching Missy devour the cake was a sight to behold. She claimed ownership of the cake and had the time of her life. Ripping the cake apart and licking the icing from her fingers. The pictures that Xanthe took looked great, they are really unique. Just looking at them you won't stop smiling.