There are various stories on the internet about teachers. Some are about teachers who treated their students with disrespect, and others are about those who were accused of having sexual relations with them. Rarely has there been a story where the teacher did an act of good will. Maybe those stories are not as attractive to the news agencies as the controversial ones. In this story, the teacher went out of his way to help the students by making a meal for them, a truly heartwarming story. 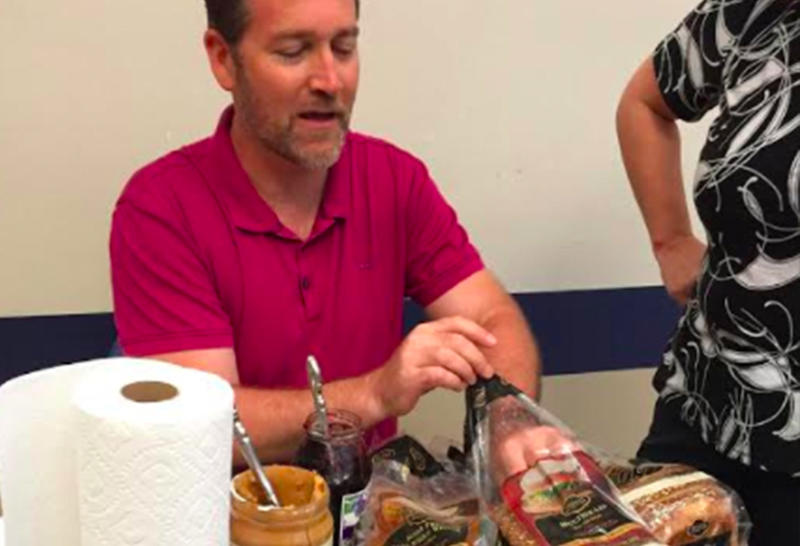 The name of the teacher is Mr. Johnston. He is an English teacher at Clear Springs High School in the state of Texas. Johnston wanted to make it easier for the students to pass their AP English exam. He figured the best way do to that would be to make sandwiches that will stimulate the student's brain power. What a better way to do it than with peanut butter and jelly sandwiches? 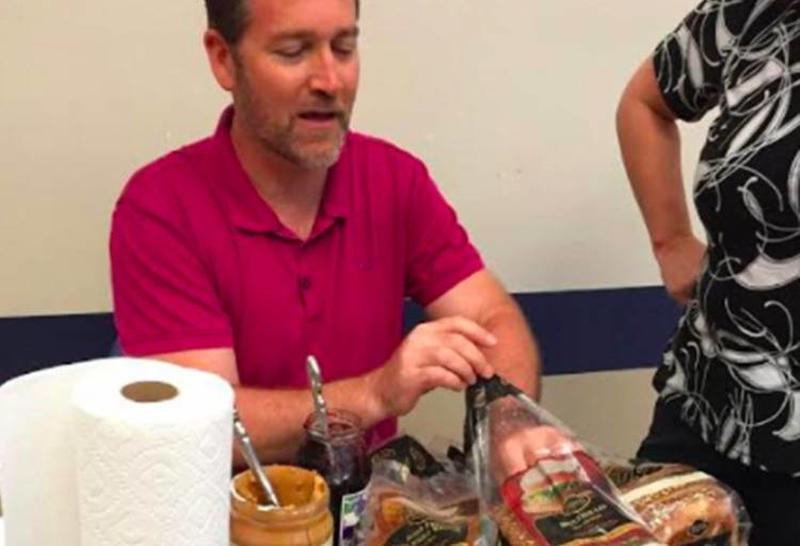 Johnston got right on the job immediately. He set up a table in the middle of the school hallway and started making sandwiches for the students. Those who did not have breakfast were welcome to satisfy their hunger in order to achieve better results on the test. This act of kindness did not go unnoticed, in fact, it attracted positive attention, and soon students started sharing it on the social networks.

It is not the first time that this teacher has outdone himself. The students always had a positive opinion about him. One of those students stated that Johnston has always supported the students in any way he could, whether it was for academic success or otherwise. On the morning he made the sandwiches for the students, they had AP test which is administered by the College Board. The results of the tests can help students to get into college. 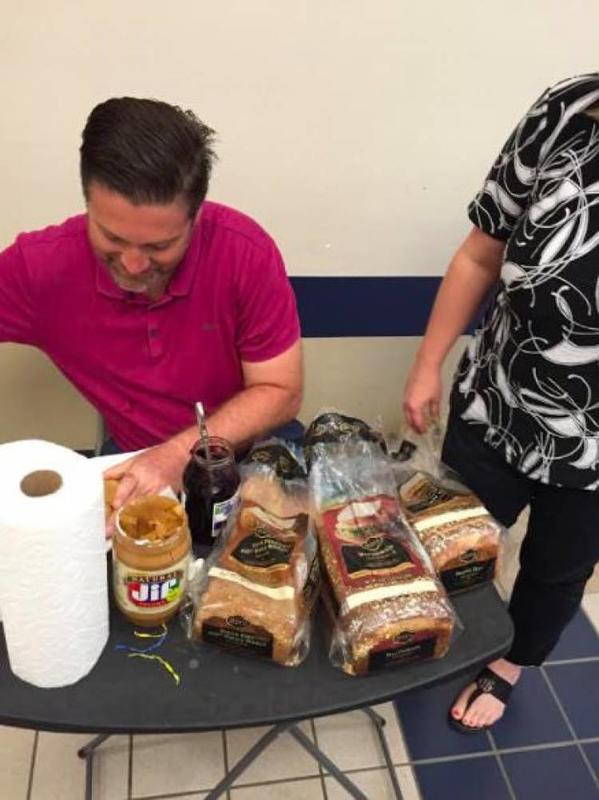 According to the students, the tests are long and painfully boring. Especially the English test since it has a long multiple choice section, followed by short answer prompts and three full-length essays. The tests start at 7 am. When the students arrived at the school, they saw Johnston preparing sandwiches with natural peanut butter and grape jelly. The students could choose between three types of bread. He offered the students the sandwiches saying that they need the proper nutrients to achieve the best results.

Although the teacher admitted that he did not come up with the idea on his own, but rather followed an example done by another teacher, that did not diminish the significance of the act, and it did not prevent it from spreading on the on the internet like wildfire. At first, no one expected that it would reach that level of fame, but as soon as students started sharing it on the internet, it touched the hearts of many people. 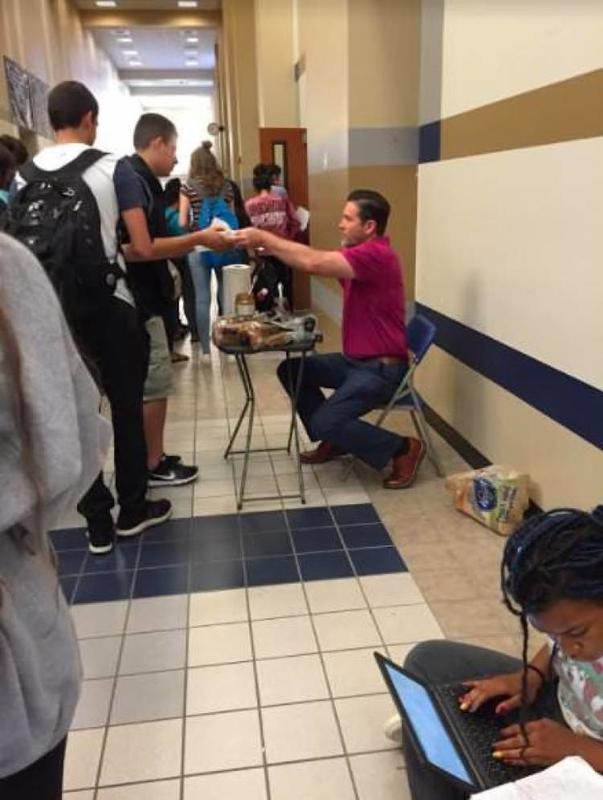 The pictures that were shared became so popular that they appeared on iFunny and Instagram accounts with millions of followers. At first, they were posted on Twitter where they received over 20k retweets and 105 likes. The vast majority of comments were positive, but some raised concerns saying that the teacher didn't wear any gloves. People are people, and they will always find the negative even in the most generous acts like this one.