Collecting albums full of stickers is part of everyone's childhood. Whether it is football, basketball, Harry Potter, Simpsons, or any other design, buying stickers and waiting to see which ones you got is something that is very exhilarating when you're a child. Some men continue with the fascination of collecting stickers well into their adult lives. As it happens, a YouTube channel worker from Brazil had his car covered in stickers from the World Cup. He tells an interesting story of how that came to be. 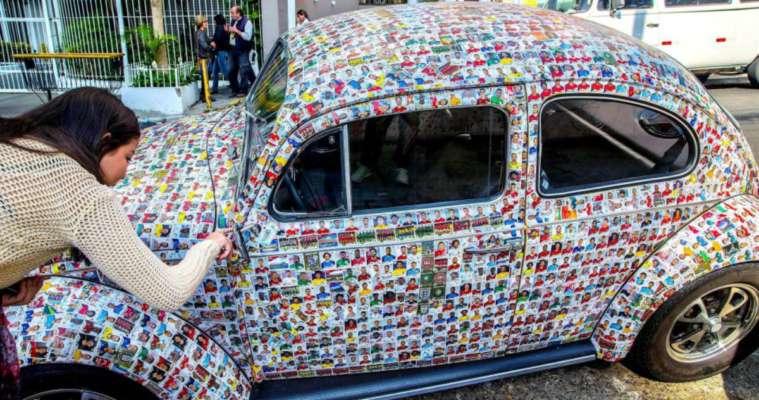 How Did It Happen?

Henrique Pedrotti is a Brazilian YouTube worker who is also known by the name Chikungunya (an infection that is caused by a virus which is spread by mosquitoes). He has an old Volkswagen Beetle which is now covered in over 15,000 Panini World Cup stickers. For those who are not familiar with Panini, it is a company based in Italy which produces books, comics, magazines, but is most famous for producing collectibles. 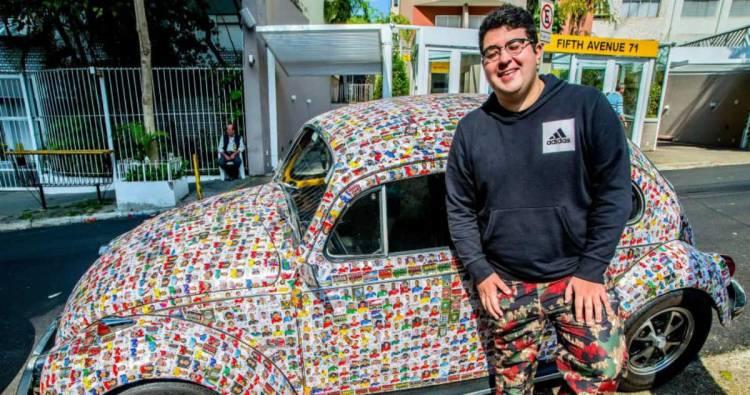 You might be wondering whose idea was it to cover the whole car in stickers. Pedrotti said that it wasn't his idea. It just happened without him knowing. According to Pedrotti, while his car was in a parking lot, someone or probably a group of people, started putting stickers on his car. By the time he came back to his car several hours later, he was very surprised. The car was barely recognizable. It was covered in thousands of stickers.

In order to achieve a feat like this one, there needs to be a concerted effort from a group of people. It doesn't just happen out of nowhere. Left in the dark, an accident like this might spark conspiracy theories. Pedrotti's car was a target which was picked out by his colleagues to do this juvenile act. They know where his car was parked and decided to act upon it without Pedrotti's consent. 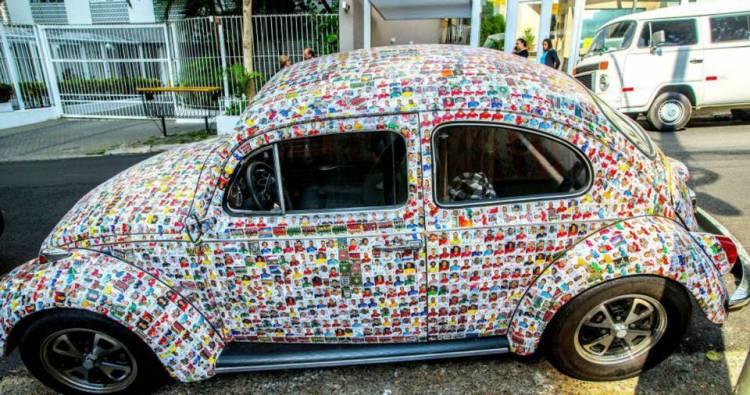 What they did is get a stack of stickers which they bought with their hard earned money. When they decided that they had enough of them, they couldn't wait to cover a car with them. Pedrotti's colleagues decided to cover his car because it was perfect for the job. It was small, round and cheap. As it turned out, they made the right choice, and now the car attracts the attention of people who wouldn't give 2 cents if it was just a regular car.

At first, Pedrotti was a bit angry about what had happened to his car. He had a great affection towards his car, and because it happened without his knowledge, he was furious. His mind came up with thoughts of anger and revenge, but he soon realized that it was just a joke. He did what any grown man should do. Instead of pretending to be the victim, he embraced the joke and went along with it. 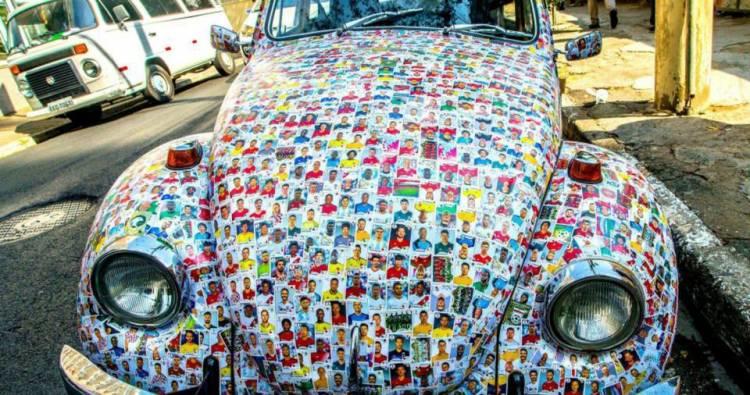 Henrique decided to leave the car as it is. For him, it serves as a joke about the World Cup. People who might happen upon his car might find it funny and bizarre because the idea is unheard of. It was a good decision to leave the car as it is because it puts a smile on people's faces, and it made Henrique a sort of a celebrity. When he is driving the car, people are always taking pictures of it.