It turns out that a guy didn't bother showing his residence permit on his car, even though he lived there. That kind of carelessness could end up costing a lot of money. He probably did it thinking that no one would bother fining him, but fortune does not always smile on the brave ones (or the stupid ones). It appears that following the rules also applies to the people driving Porsches. Bear that in mind that if you ever make it in life and start driving one of these beauties. You might attract the attention of the females, but they won't protect you from getting a parking ticket. 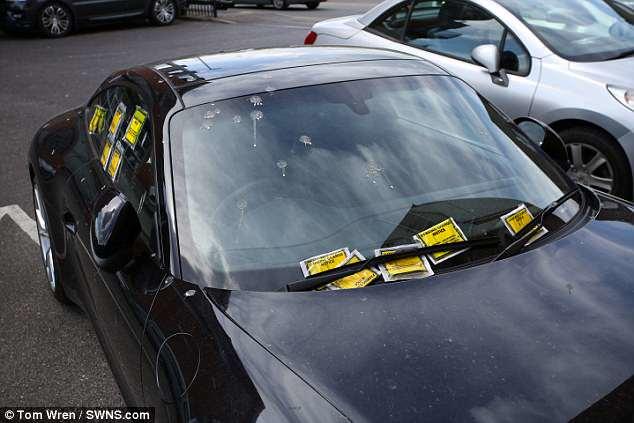 He Was Parked Outside His Luxurious Apartment

The owner parked his black Porsche 911 outside the luxurious flats in Gloucester Docks where he lived. Failing to provide resident permit, the car was plastered with 10 separate notices worth £400 in total. The fines could double up to £800 if he does not pay them within 21 days. The owner of the car is believed to live in a block of expensive waterfront flats called North Point. In the photos that were taken, it appears that the car is taking two places instead of one. 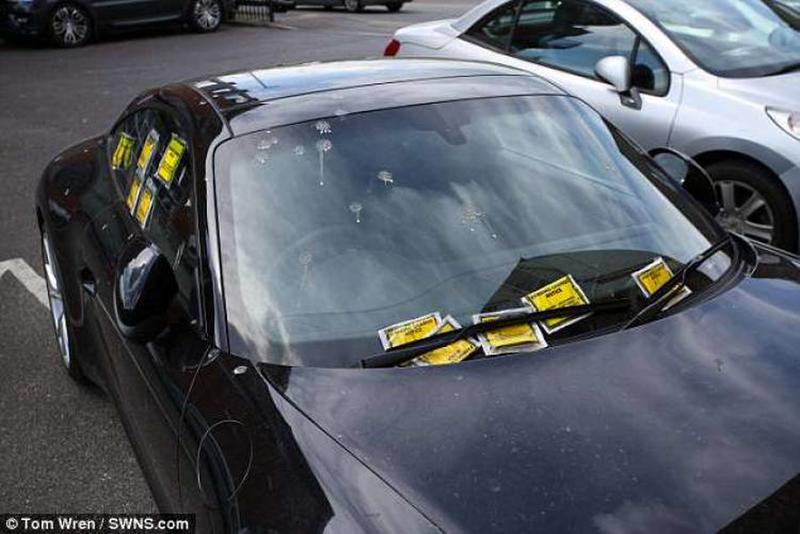 A neighbor who didn't want to reveal his / her identity stated: 'He just doesn't give a s***. 'Last year he must have been one of the most ticketed drivers in the UK.' The tickets on the Porsche appear to be written out by a private firm. By all accounts, the parking is owned privately. To add a cherry on top, the Porsche, which would cost about £85,000 new, is also untaxed. It had been due to be paid by March 22.

The Car in Question

Porsche is a German car manufacturer based in Stuttgart. By the commission of the German government, Porsche produced the famous Volkswagen Beetle. At that time, Adolf Hitler was in power. Some years later, during WW2, Porsche produced designs for tanks that were later produced for the war effort. Despite its history in the war, the company went on to become famous. It is now a brand associated with sports cars, and there was even a 2000 video game called Need For Speed: Porsche Unleashed. 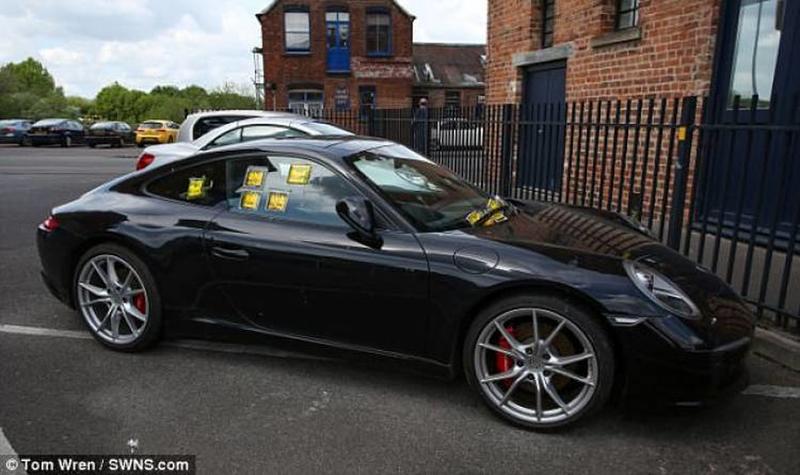 Porsche 911 is a famous series of luxury sports cars that were first manufactured in 1963. The 911 is a two-door, high-performance car that has a rear-mounted six-cylinder boxer engine. The car has a distinct design that makes it easily recognizable. It is still produced to this very day. The owners of these cars are most certainly well off, although there is an older model which can be sold for fraction of the original price. It makes one feel like a success even though the car was cheaply bought. The owner probably couldn't afford paying for the repairs if it breaks down, which it will eventually.

He Lived in the Best Neighborhood

By all appearances, the Neighborhood is luxurious, although that does not mean that the neighbors are considerate. It is situated on the western coast (Bristol Channel) in the United Kingdom. The nearest metropolitan city is Birmingham. It is close to the Welsh border. History wise, the town was founded by the Romans who saw it as a perfect place to erect a town because of its vicinity to the open sea. Later it became part of England. 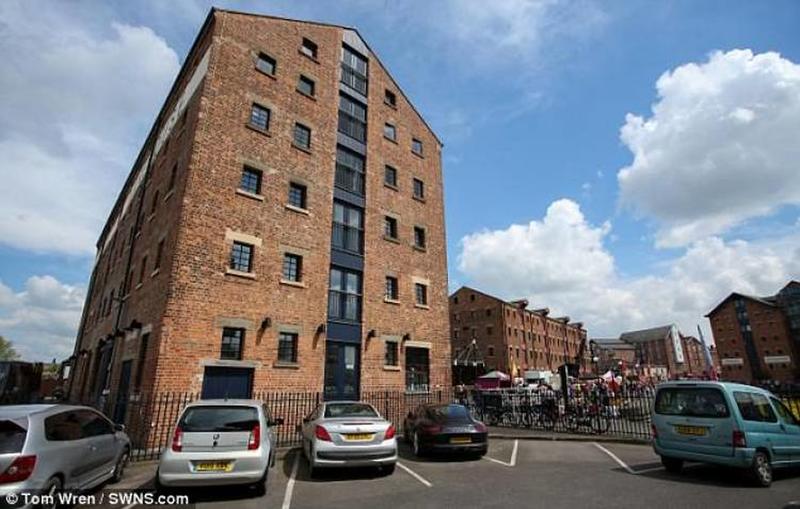 Now it is a luxurious neighborhood that has a lot to offer to its residents. Because it lays on the coast, those who buy an apartment there can have access to the docks - a place to park their yachts. They can go out and do some fishing, or just enjoy being out on the sea. For the fans of Harry Potter, there is a cathedral there where scenes from the films Harry Potter and the Philosopher's Stone, Harry Potter and the Chamber of Secrets and Harry Potter and the Half-Blood Prince were shot.