Kanye West loves to do spectacles for his fans, which is why many have taken interest about his latest exploit - a Twitter challenge where people need to contact friends, relatives, and exes with whom they either haven't spoken in ages or are in conflict. The funny thing about this challenge is the responses many people have received - many of them received insults they have never imagined they would receive. We've posted some of those responses in this text. 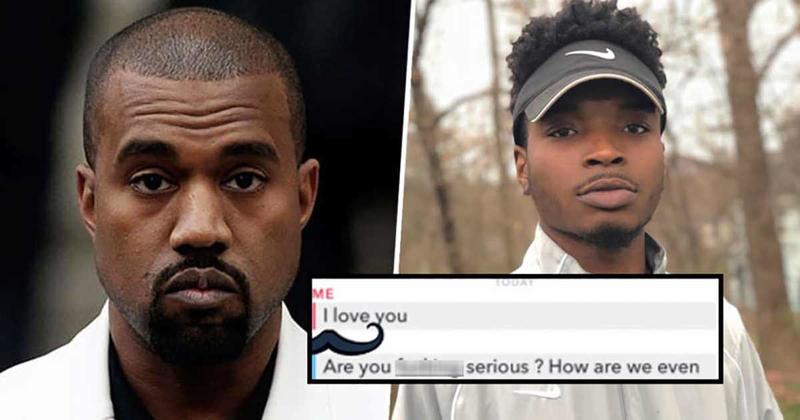 Kanye is well-known for his Twitter ramblings - from embracing Donald Trump's MAGA campaign, to having rows with other celebrities, Kanye has done it all. This time though, he has a challenge for his fans - and here's how the challenge goes: you need to say "I love you" to someone with whom you've had an argument with, hate, or haven't spoken to in ages. For most people, finding a person on those terms shouldn't be too difficult. 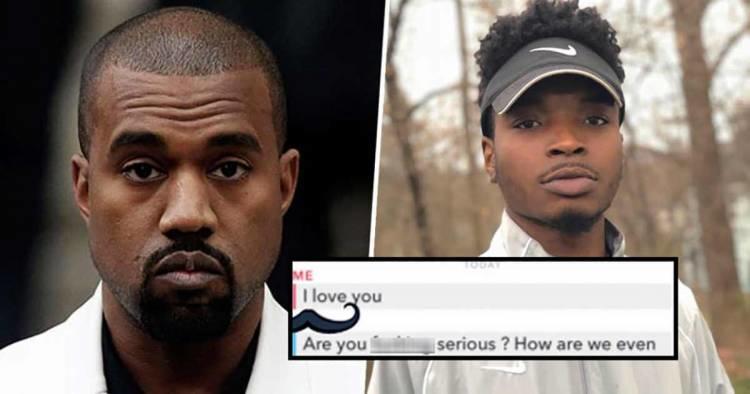 Ever since the 40-year old celebrity posted that status on his Twitter account, he has received a barrage of comments from his fans, with many talking about the responses they have received from friends and relatives they have been estranged from. One such person was Raheem Santos, who tried to message his ex-girlfriend. Sadly the responses he received were filled with profanities and other words of hate.

Raheem Explained His Side of the Story

After Raheem's story got worldwide attention, several media outlets tried to reach out to him, hoping to get an explanation for his side of the story. Unilad succeeded in doing so, and here is what Raheem had to say: "Me and this girl were dating for about a year and a half. We were in love. Her birthday came up and I thought I'd do something nice for her because she did a lot for me." 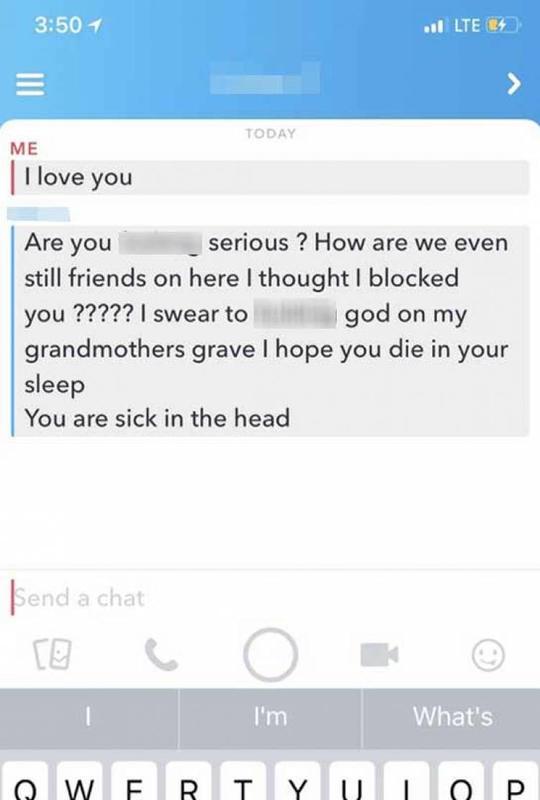 Raheem continued his story, saying "I purchased her a Yorkie puppy off of Craigslist. She was a beautiful and very smart dog. Then one night she was sleeping and music was playing through the speakers from her phone and I wanted to hear a different song so I unlocked her phone, and notice it was on do not disturb mode. I took it off and this number kept texting her things like 'wake up', 'Is he asleep yet', 'I'm about to just come get you'. So I woke her up and asked her who it was and she just started crying."

He Found Out His Girlfriend Was Cheating on Him

Obviously, from the previous text excerpt, it can be understood that Raheem's girlfriend was cheating on him, which is why she has received those suspicious messages late at night. Anyway, since Raheem had just given her the puppy, he decided to get it back and to gift it to another family via Facebook. Obviously, his girlfriend didn't take the news about this very lightly, which is why she got upset. 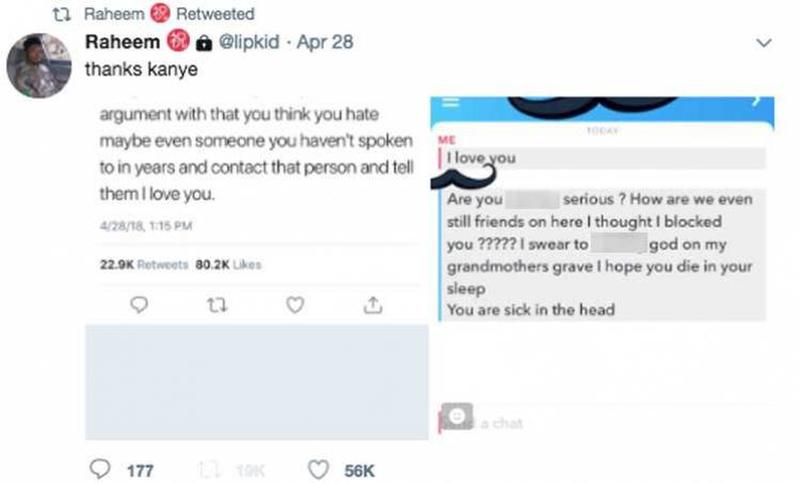 However, that is not how the story finishes - a few days later, Raheem was invited to a house party, in which he cheated with another girl, and his girlfriend later found out about this. The worst part about the cheating was that the girl was his girlfriend's cousins, which is why she eventually broke up with him and is still mad at him (which he found out with Kanye's challenge).