66 Million Year Old Beastly Creature is Unlike Any Other

There are some strange creatures on this planet. On both land and sea, Earth is home to almost unexplainable animals. Just look at the jellyfish. It's hard to tell exactly what part's the head and whether or not it even has any internal organs. It couldn't be further away from us humans. 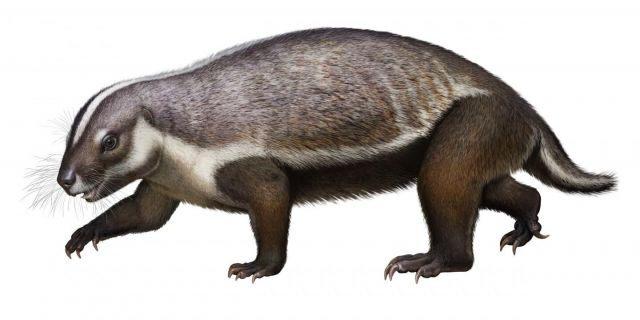 It is incredibly eerie knowing we live on the same planet as some of these creatures. That's just the creatures who live in our era too. The animals of the past were even stranger. Thousands of years ago, dinosaurs roamed the land. They lived alongside who knows what else. Until fossils are found, we can only imagine.

To this day, we are finding new creatures who live on this planet with us, and we're also finding new discoveries of old creatures thanks to new fossils we uncover. Recently, a discovery was made for a 66 million year old mammal who is unlike any creature we could compare it to today.

The world was a much different place back when the dinosaurs roamed our land. Even our continents looked different due to plate tectonics. If you lived back then, you'd be lost, and the creatures you'd encounter would be enough to make you shriek in terror. Now scientists have discovered a fossil that is 66 million years old that might be the oldest mammal in existence. That means there aren't “any real parallels” between it and other creatures. 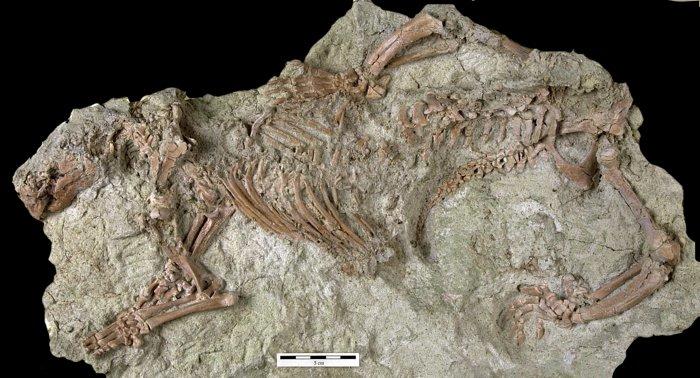 The creature is called Adalatherium. That name translates to “crazy beast.” You'll see why. Scientists found the fossil of the crazy beast in the northwestern part of Madagascar. A million years ago it was called the Gondwana supercontinent. It is part of the Gondwanatherians group of mammals. It has strange teeth, an even stranger body, and holes in its skull.

The Fossil is Absurdly Complete

Guillermo Rougier is one of the co-authors of the study. In a statement he described how bizarre the finding was. “"When Dr. [David] Krause showed it to me in a scientific meeting and asked me for my opinion, I said I had never seen anything like this. This mammal has teeth for which we have no parallel." Researchers were able to draw an image of the crazy beast using the fossil. Researchers first found it in 1999, but they only had some pieces of its hip and skull. They have been analyzing it ever since. 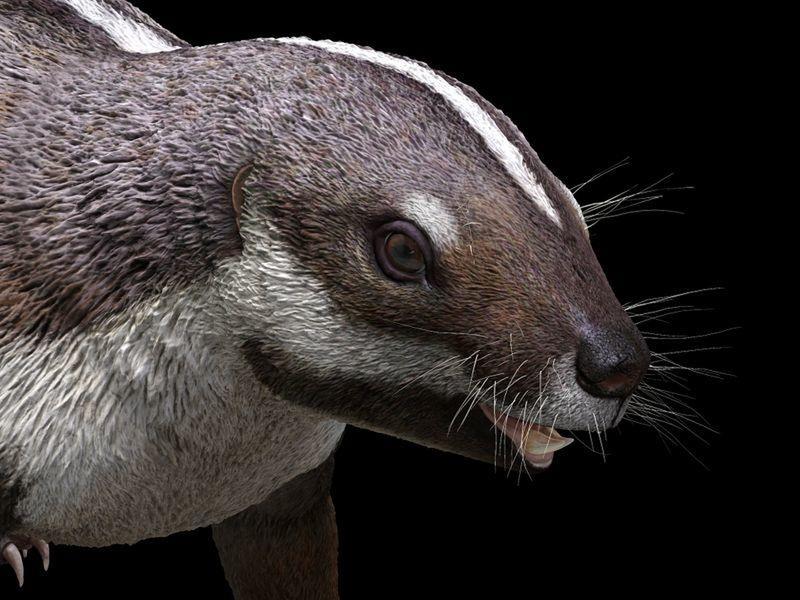 This new fossil is very complete. As Rougier states, “First, it is surprising how complete it is. Second, this fossil is preserved in three dimensions. When you have an animal that dies and is preserved in the rocks, the weight of the rocks on top of it flattens it out. Often it looks like a steam roller ran over it. So you might have a complete skeleton but it will be the thickness of a piece of paper - all splat out. This animal was preserved in 3-D so this gives us a wealth of detail that we very rarely have in other specimens."

The creature obviously looks like a beaver or capybara. It differs in its oddly sprawle back legs. This is due to where it lived. Rougier explained, "Adalatherium is a product of this time of isolation when Madagascar was an island, detached from India and shifting towards Africa, but before there was any African influence. So it was basically an experiment, an example of what we call island biogeography or island evolution.” 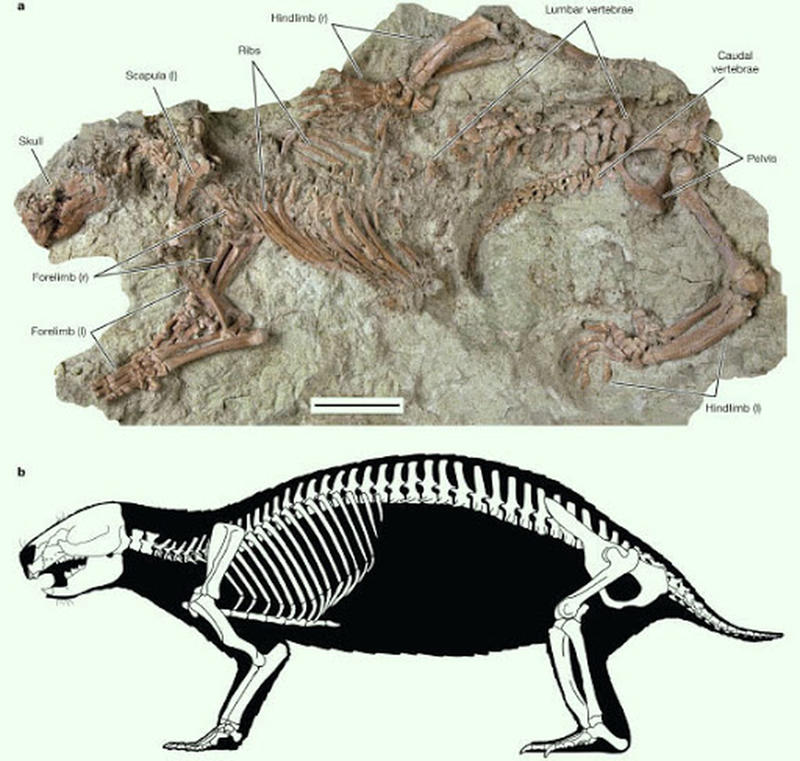 "Long isolated places produce very unique results in biology. These fossils keep reminding us of the unexpected forms and shapes that evolution can take over long periods of time in an isolated place. Adalatherium is an animal for which we don't have any real parallels." Discoveries like this make you wonder if some future lifeform will look back at our fossils with the same wonder.