There is a lot of symbolism with the heart. We use the image of a heart to convey love and caring for one another, even though the symbol looks nothing like the actual organ that it's named after. Despite looking vastly different, there's no question why we use the heart to symbolize love and care.

We can't live without our beating hearts, which is what makes it such a powerful symbol. It is like saying that love is literally life itself. Think about the Grinch who stole Christmas. When he finally found love, his heart grew three sizes larger than normal. That's usually a medical condition, but not in the Grinch's story.

What's surprising about real life is that the physical size and strength of someone's literal heart has very little to do with the heart they have in terms of love and care. Elliot Wyche is a boy who proves this statement. He only has half a heart yet he's spent his Christmas proving he has the biggest one of all. 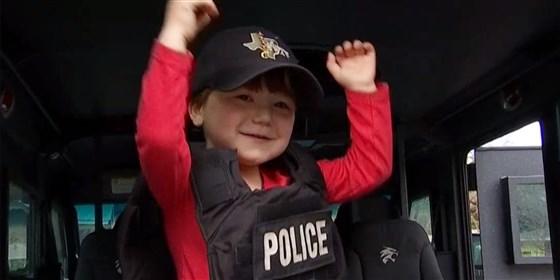 Despite His Heart Condition, This Kid Has a Big Heart

Being born with half a heart is a congenital defect known as hypoplastic left heart syndrome. It is something people are born with and it is very serious. You would think that only being born with half a heart would stop a person from achieving certain things, or even make them bitter about their lot in life. That's not the case for Elliot Wyche who suffers from hypoplastic left heart syndrome. He has enough heart to spare.

Ellio Wyche is a 4-year-old boy who lives in Arlington, Texas. He has a humorous nickname, "Tin Man," referencing the Tin Man from The Wizard of Oz who didn't have a heart. He's quite a special kid, not just because of his condition. He's special because he's spent this Christmas donating toys to the local police's donation program.

It was Elliot's Idea to Donate to Santa cops

Elliot Wyche's condition is no laughing matter. At only four years old, he has already gone through three open heart surgeries. Because of his condition, he has gained support on Facebook from people who want to give him as much love as they can to help him get through his condition. When his supporters wanted to send him presents for the holidays, it was his idea to instead give them to the Santa Cop program at the Arlington Police Department. It is a program that helps give toys and food to over 400 families and 1,200 children in the Arlington area. 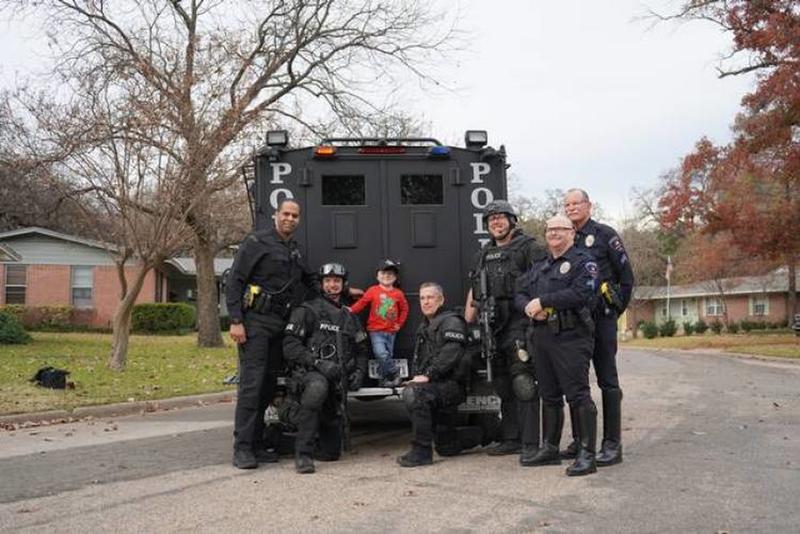 Using his fame from all around the country, he was able to get more gifts for the program than they would normally get on their own. If that doesn't warm your heart, I don't know what will.

A Boy with a Big Heart

Carla Strauser is an officer for the Arlington police department. She told NBCDFW, "He's going through so much, but he's giving back to show that not only are we heroes for some kids, but he's my hero!" Elliot also spoke with NBCDFW and said, "My heart is going to be beeping tonight, and I don't know what to do." Elliot doesn't let his heart condition slow him down. As his mother says, "He essentially is walking around, running around, with only half of a heart," yet he helped load up the presents with the police officers. 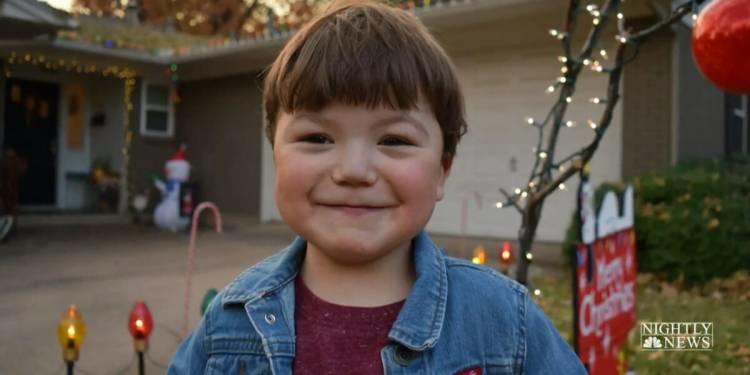 The Arlington Police Department made sure to give Elliot a little treat for all he'd done. They gave him his own police vest and was allowed to control the SWAT team's robot. "My dad is the best, my mom is the best and everyone that I know is the best!"