A Hurricane Swept These Cows Away, But Then They Survived

Nature is a powerful thing. It may be the most powerful thing. That's because it is something that we can't stop. We tend to be fearful of man-made things such as guns or bombs. The Cold War was bred from fear of nuclear weapons, but at the end of the day, they weren't used because we chose not to.

Nature does not allow us to debate whether or not it will unleash its onslaught on us. There is no slatemate bred from mutual assured destruction. Nature will destroy and can never be destroyed. Earthquakes, tsunamis, and hurricanes are forces of nature that have no conscience or moral decision making.

We have to just sit back and accept whatever nature throws our way. Luckily we have some degree of protection, such as being able to track incoming natural disasters, and ways to protect ourselves with specialized buildings. Animals don't have these protections, which is why it's amazing these cows swept away by a hurricane actually survived. 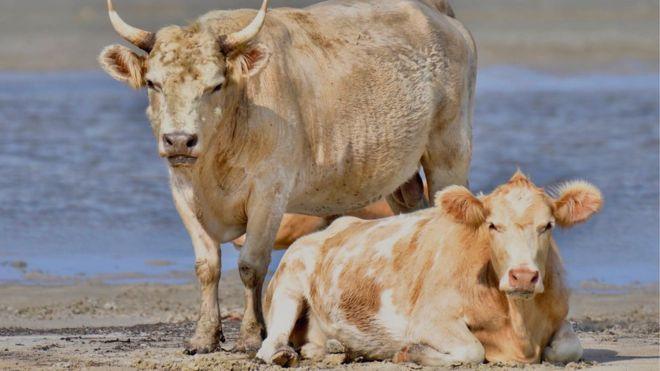 Hurricane Dorian has been a deadly storm that has destroyed millions of dollars of property and taken away countless lives both human and animal. While we as humans may understand what's coming for us, animals don't. They may have innate senses that alarm them of disasters, but then what are they supposed to do? One of the fears from Hurricane Dorian was that it would decimate the horse and cow population on North Carolina's Cedar Island in September when it struck. 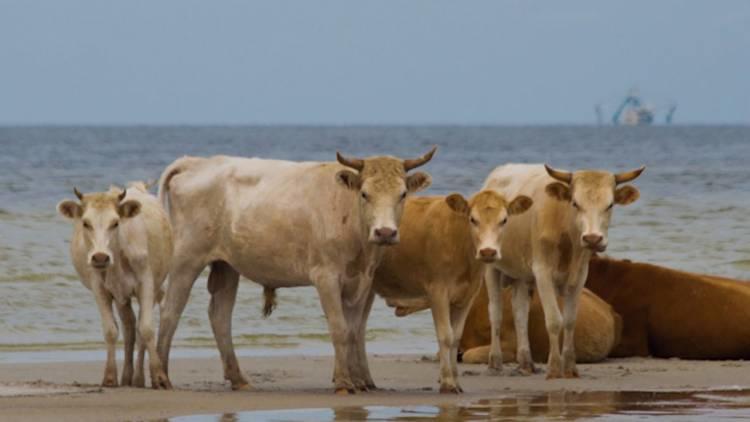 While the hurricane did try its hardest to destroy the livestock, it didn't finish the job. It seems that three of the wild cows on the island simply took a trip to another island. Did they get on a boat or a plane? No, of course not. What they did was actually more miraculous than that.

Originally the three cows had lived on Cedar Island, about three miles from Cape Lookout National Seashore park on the Outer Banks. That's three miles across water, but somehow the cows were found hanging out at the Cape Lookout National Seashore park, much to the surprise of the national park workers and residents of the island. One local resident, Rhonda Hunter, said, "the cows surviving has just been a blessing." 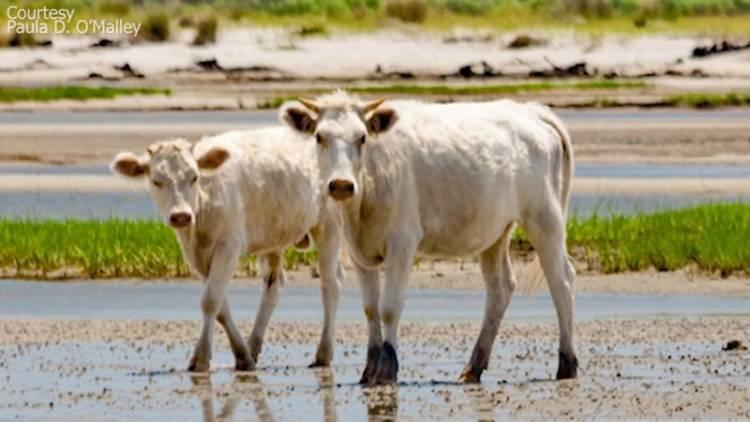 The big question is just how these cows got across three miles of water to the island. As it turns out, the national park workers are guessing that the cows took the sea for a 3 mile swim, all while the category 3 hurricane made the journey even more difficult for them. If you have ever questioned a cow's will to live, this story should answer that question.

Not All Animals Were so Lucky

BG Horvat of the Cape Lookout Parks Department said, "It's an amazing story. To be swept up by a 9-foot-plus surge of water that's coming back and filling up the sounds, and it's just coming. It's not stopping. It's just moving forward with a lot of force." Although these three cows have lived, 28 wild horses and 20 other wild cows have gone missing. Pam Flynn said, "There have been animals living on these islands for years and years and they've always found a way to survive" 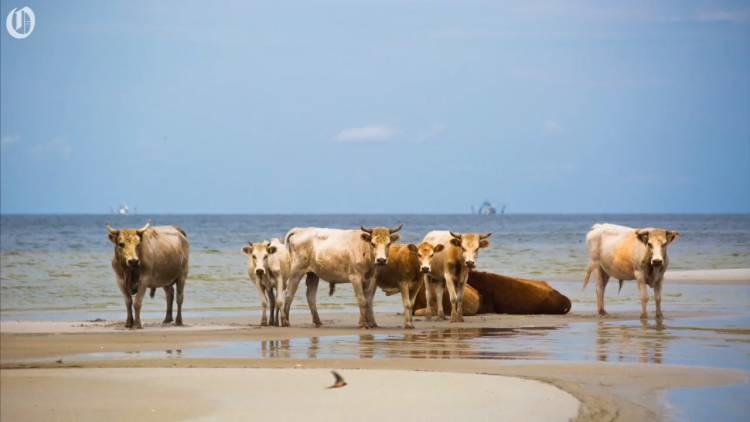 Animals are natural survivors. There was also the story of a dog named Miracle who had lived for three weeks while being trapped under rubble during the hurricane. For the parks department, this has been a big win. Flynn added, "I guess if horses can swim, I guess cows can. Highlight of our day, week, month, year."