We all have our opinions on people who stand at the side of the road with a sign asking for money. Some people have no problem giving these people money, whether it's a couple pennies from the cup holder or a fiver from your wallet. Other people aren't comfortable giving their money at all.

The people who don't like to give money to strangers have the feeling that these people should be working instead of begging on the street. That's a fair criticism in some cases, however, we never know what circumstances the person has fallen under to resort to asking for money on the street.

There is one way to gain the respect of any passerby if you are down on your luck. That way is to ask for work instead of asking for money. That's not exactly an easy thing to do, because most people aren't looking to hire off the street, but one Phoenix man found a way around that. 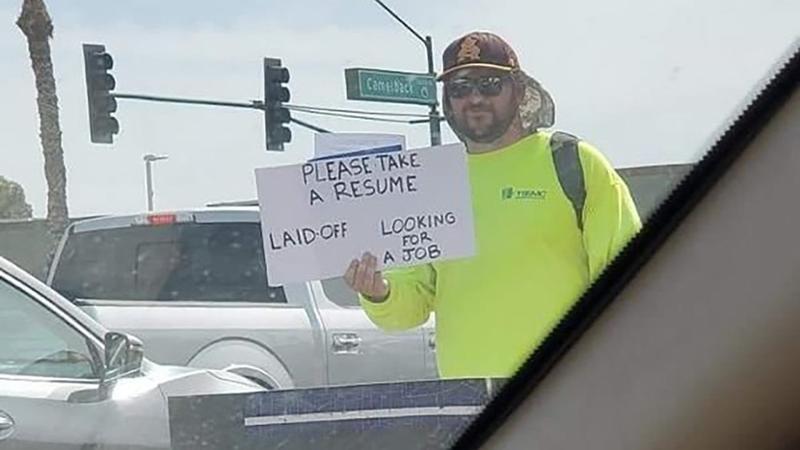 Patrick Hoagland is a man from Phoenix who found himself in a position many Americans find themselves in. He was unexpectedly laid off from his job as a forklift driver. His job at a metal recycling company laid him off, so he was stuck scrambling to find a job. He handed out resumes and filled out applications, but nothing worked out for him. Despite his best efforts, it just wasn't working. 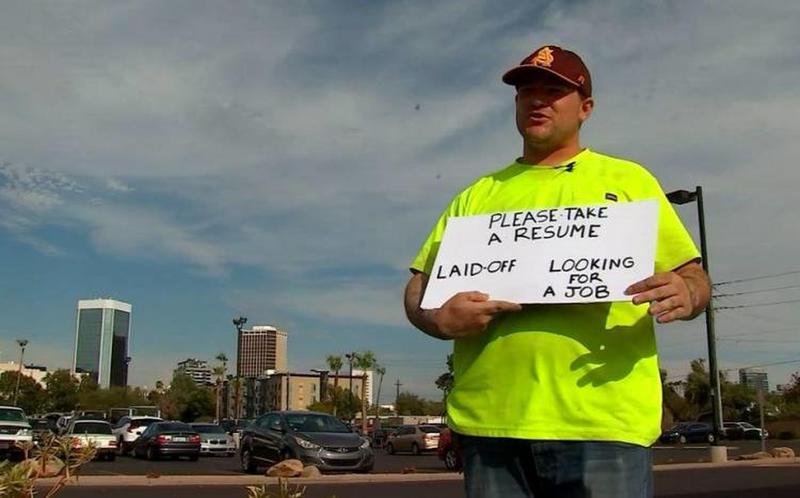 That's when Patrick Hoagland decided on a new plan. After exhausting all of his other options, he decided to make a sign and stand on the street corner. Hoagland described in an email, "I had only been unemployed a few weeks, but it was very unexpected and I needed to figure something out fast. I at first laughed and thought that was silly, but I kept thinking about it. I figured, why not?! There are millions of people in Phoenix driving around, someone might hire me."

Hoagland Proves His Worth

Instead of simply asking for free money, Hoagland decided to do something much different. He decided to ask for a job. He spent his own money to print his own resume - over 200 copies - and stand out on the street looking for work. One woman, Melissa DiGianfilippo passed by as she was driving in the area. She said, "I was impressed with Patrick because it was 110° outside and what I saw was really unexpected. He was standing on the side of the road with a sign and a stack of resumes and a huge smile on his face." 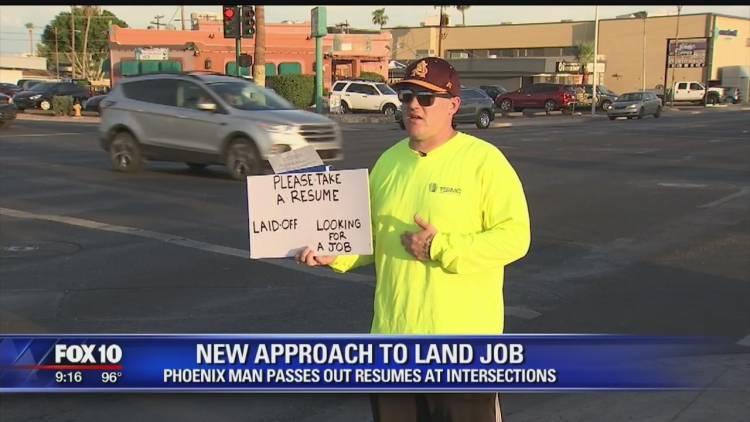 DiGianfilippo was impressed enough to grab his resume. She owns a PR Agency and Marketing firm, so she knows creativity when she sees it. Although his resume didn't fit her company, she posted it online for him to see if someone she knew could use his talents.

Hoagland Gets the Job!

Amazingly, Hoagland ended up getting contacted by thousands of people ranging from recruiters to contractors to well-wishers. DiGianfilippo remarked on the response, "I was definitely hoping he would get some good job leads out of the post, but I definitely did not anticipate it blowing up in the way it did! The post on LinkedIn is what really has taken off the most, generating thousands and thousands of re-shares, reactions, and likes. I also posted it as an Instagram story which got a ton of engagements and people wanting to reach out to him, on Facebook and on Twitter. I am so amazed by how many people re-shared the post because they really wanted to be a part of a positive story." 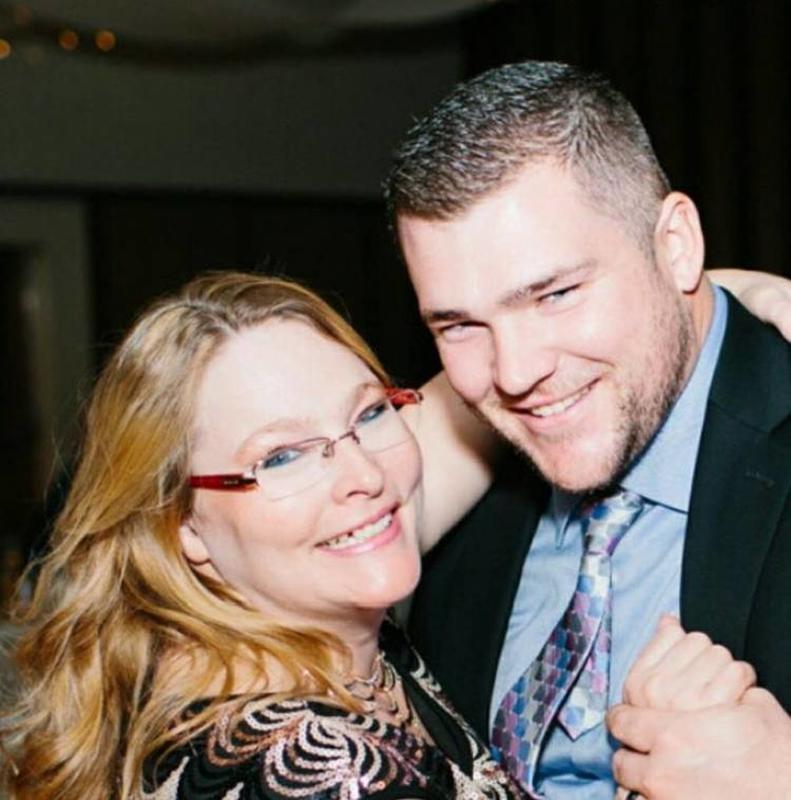 Hoagland was eventually hired by a concrete grinding company. It's a great reminder of two things. One is that you have to do everything it takes to make your dreams come true. The other is that one tiny action, like posting someone's resume, can have a big effect.