Nothing can bring people together quite like war. When people are in dire situations, brought down to their most basic of survival impulses, they can often end up falling in love amidst the tragedy of war. There's also the common story of two people getting married before someone is sent off to war.

We've seen the story of someone being sent off to war to leave their loved one behind many times in popular movies, books, and television. There's something about that type of story that rings true for us all, and we just can't get enough of it. The truth is, however, that's not the only story about war. 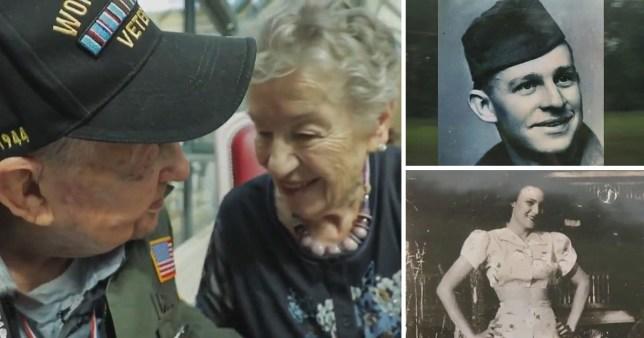 A U.S. Soldier and a French Girl Fall in Love

In time of war, there are often soldiers who have to leave their loved one behind to go and fight. That's the story of The Notebook, after all, one of the most famous and popular love stories, but what about the people who fall in love after they've been deployed? And no, I'm not referring to soldiers falling in love with the nurses. I'm talking about a soldier falling in love with someone in the country they were sent off to. That's exactly what happened to K.T. Robbins, an army veteran who was deployed in Northeastern France in World War II in 1944. 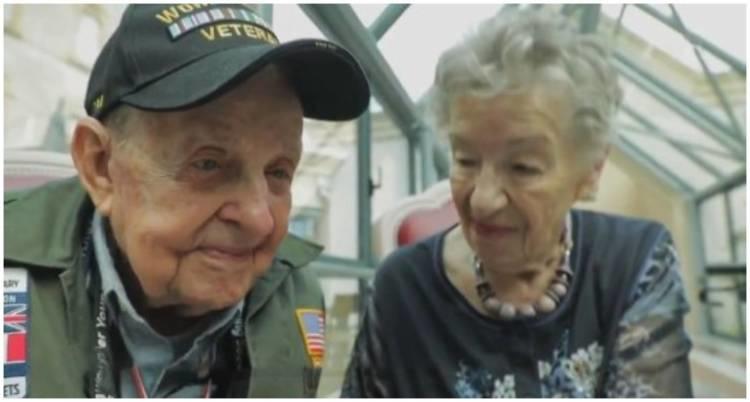 K.T. Robbins fell in love with a French girl, Jeannine Ganaye, while fighting in the Northeastern front, but when he was taken to the Eastern front, he had to say goodbye.

Unfortunately after K.T. Robbins said goodbye to Jeannine Ganaye, he was not able to contact her before going back to the United States. He didn't think he'd ever see her again, so he married someone else and lived out his life. Their bond was so strong that he always kept a photograph of her. Jeannine Ganaye, who would later marry and become Pierson, also continued on with her life without K.T., but still hoped they would someday meet again. 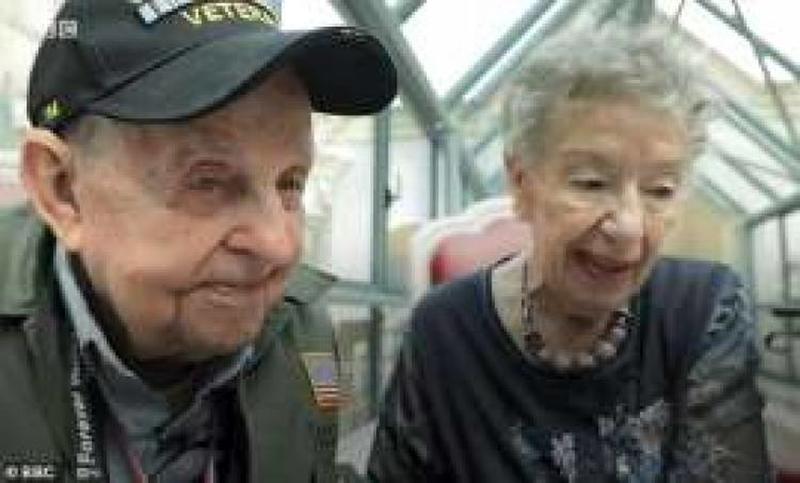 The two always thought they would meet again, and as it turns out, they would. French television produced a series of TV segments for the 75th anniversary of the D-Day invasion, including a segment that reunited K.T. Robbins and Jeannine Pierson 75 years later. They first met when they were 24 and 18, now at 97 and 92, the two of them finally met as if no time had passed.

The TV segment had K.T. Robbins meet Pierson at her retirement home where they shared a hug and a kiss. Robbins told her, "I always loved you. You never got out of my heart." Pierson, still a French speaker, told reporters, "he said he loved me. I understood that much." Their second chance at seeing each other was all thanks to the television station interviewing Robbins about his experiences in the war. That's when he showed them the old photograph. The station tracked down Pierson. 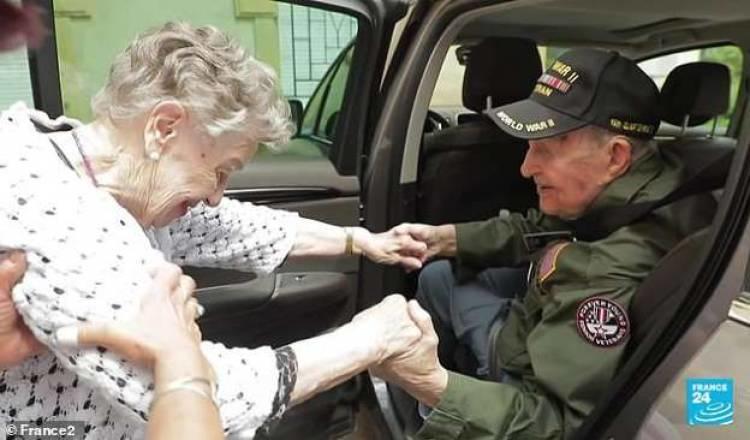 Pierson had attempted to learn English after the war in case Robbins returned. "When he left in the truck I cried, of course, I was very sad. I wish, after the war, he hadn't returned to America," she told reporters. Even though they hadn't seen each other in decades, the love was still there. As they left, Robbins said, "Jeannine, I love you, girl."