Often when we hear "police" and "viral video" in the same sentence it's because of something that went awry in the video. VIdeos seeking social justice for the incorrect way a police officer handled a situation can run rampant across the internet, making us all feel a little less safe.

The public can often have a complicated relationship with the police. Wanting their help at certain times, and wanting to avoid them at others.The truth is that being a police officer is a tremendously difficult job, and while their follies may shake the pillars of our society, their triumphs can restore our faith in humanity. 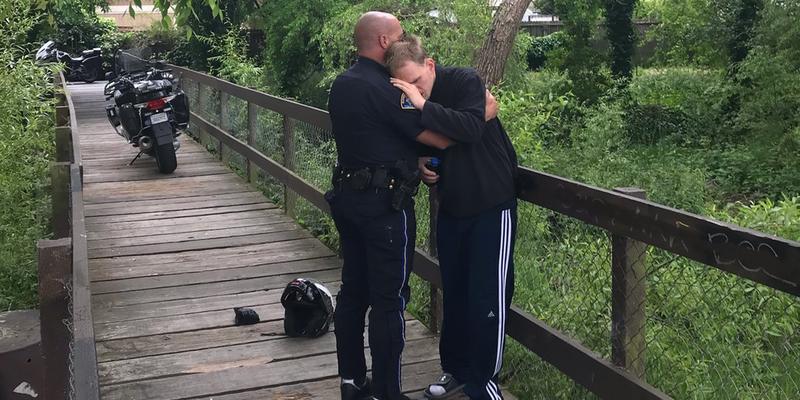 Police Officers Sgt. Jerrod Marshall and Officer Justin Thompson serve Rohnert Park, California. They were on patrol on the morning of May 8th when they received a troubling call. A mother had reported her son as missing. The call was made by Diane Grumley, a 56 year-old mother to a 31-year-old autistic man by the name of Lance. She had prepared to take him to work, but then realized he was gone. 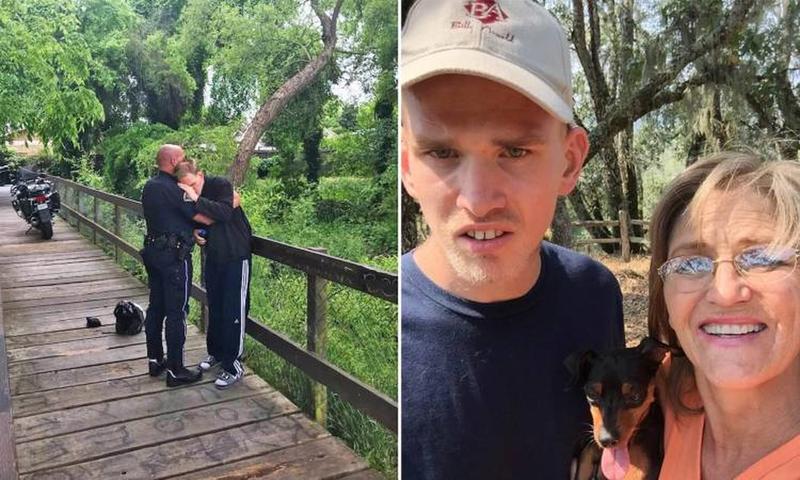 Since Lance was in the process of being more independent, Diane Grumley wasn't very worried at first. It wasn't until she couldn't find him on his usual path that she grew concerned and called the police. Marshall and Thompson received the call and could tell that Grumley was shaken. They set out to find Lance. Marshall on foot, and Thompson on his motorcycle.

It wasn't long into their search before Thompson was hailed by someone in the park who had seen Lance on a pathway. The officers quickly found him, but they discovered that he was "huddled and scared" looking. According to Officer Thompson, "His body language ... He was flailing his arms a bit. It was hard for him to communicate." They approached him carefully, but Lance was insistent that he wanted to see his mom. He needed to be calmed down. 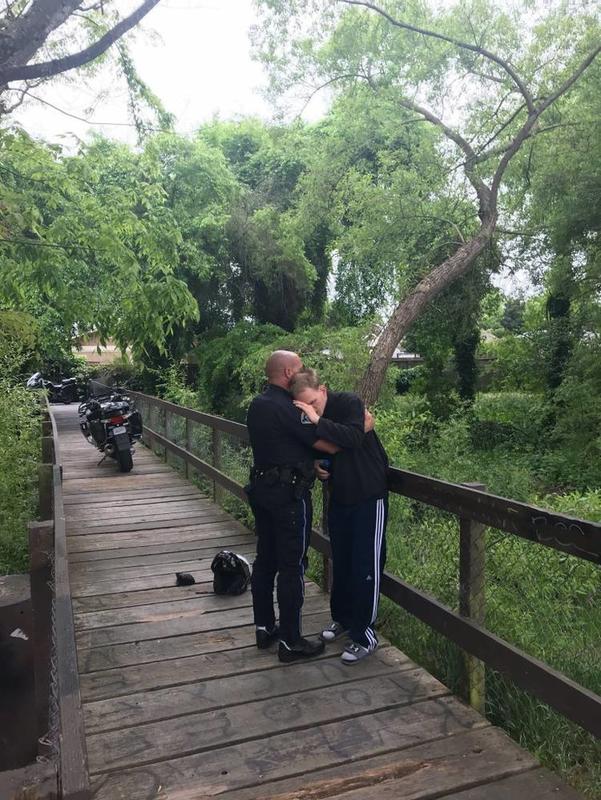 Officer Thompson ended up gaining Lance's trust enough to go for a hug. They embraced, which is what became the viral video. Thompson said, "I had to (keep) holding him tighter because I didn't want him to run away (again)." Thompson's partner, Marshall, was the one who took the picture because he was so touched by what he was seeing.

According to the Rohnert Park Police Chief, Chief Tim Mattos, all of his officers go through a type of training specialized for crisis intervention. It's this training that helped Thompson know what to do with someone with autism. Chief Tim Mattos had nothing but positive things to say about his subordinate, "To have Justin be the one ... He was the right person at the time, in the right place. How much he cares for people ... He understands the little things it takes to do this job." 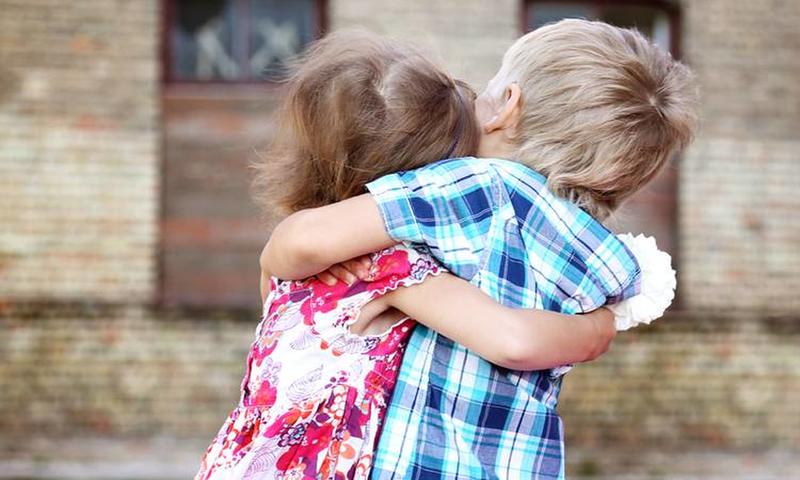 The post really connected with people on social media. It quickly went viral with comments and likes. One user said, "You are an amazing person. This is clearly more than a job for you. It's a true calling. Thank you for the compassion that you have shown this man and his worried mother."