This Strange Dancing Act Welcomes Children Back To School In China

Whether or not pole dancing is something you're interested in, there's no denying that it's an incredibly popular activity. It has grown beyond a performance into a workout routine as well. Some fitness studios will teach pole dancing as a way to exercise. It would appear that the taboo is shrinking.

Despite how popular it may be, it is still safe to assume that most people would find it taboo enough not to want to discuss or participate in in public. In fact, there are certain places where doing anything related to pole dancing would be completely inappropriate. One of those places would be a school.

That's why this story is so weird. The last place you would expect to find a pole dancing performance would be amongst a bunch of school children, but that's exactly what happened at a Chinese school. Read on to see exactly what caused this bizarre performance, and what people had to say about it. 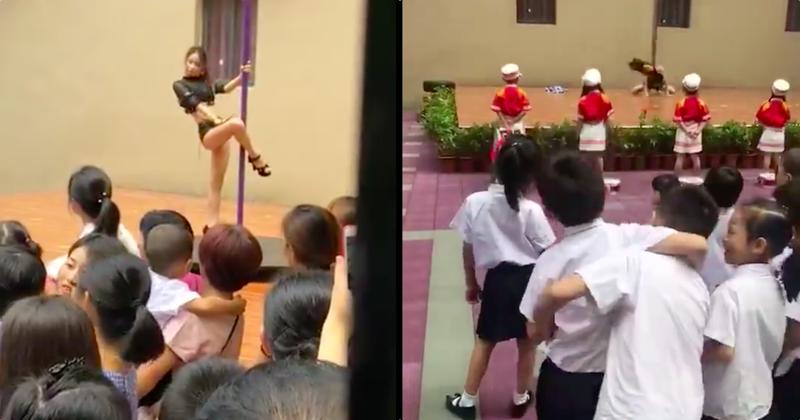 This all occurred at a back-to-school event at a Chinese kindergarten. These types of events are often filled with performances from children, or from professional performers who can set an example for the type of learning and activities the school might offer. The safe assumption is that these types of performances will be kid-friendly. The last thing anyone would expect is an adult performance. 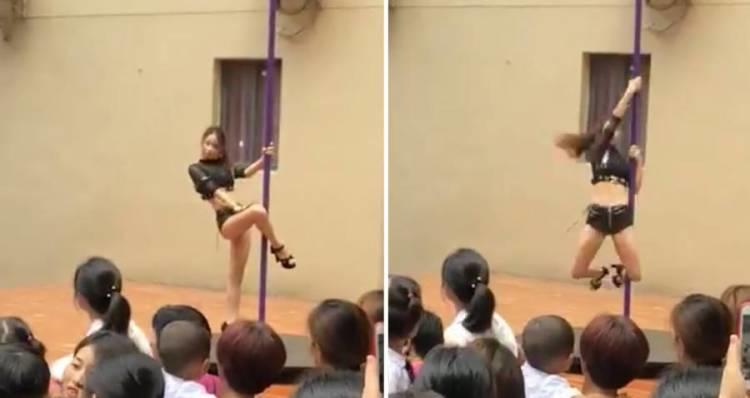 The parents and children of this Chinese kindergarten were shocked to see a performance of a woman in short, black shorts and a crop top putting on a sexy performance. One journalist was on site whose kids attend the school. He posted videos online and wrote: "Crazy. We're trying to get them out of here and get our tuition back." According to him and others, the problem wasn't only the dancer.

Aside from just the dancer, the school was covered in advertisements for a pole dancing school. We know that pole dancing is a popular form of work-out, but it's completely inappropriate to advertise at a kindergarten, even if the target demographic is parents. According to the journalist, Michael Standaert, "They also had a bunch of adverts out for a pole dancing school. Most likely paid the principal to put them up." If you follow the money, you can usually find the reason. 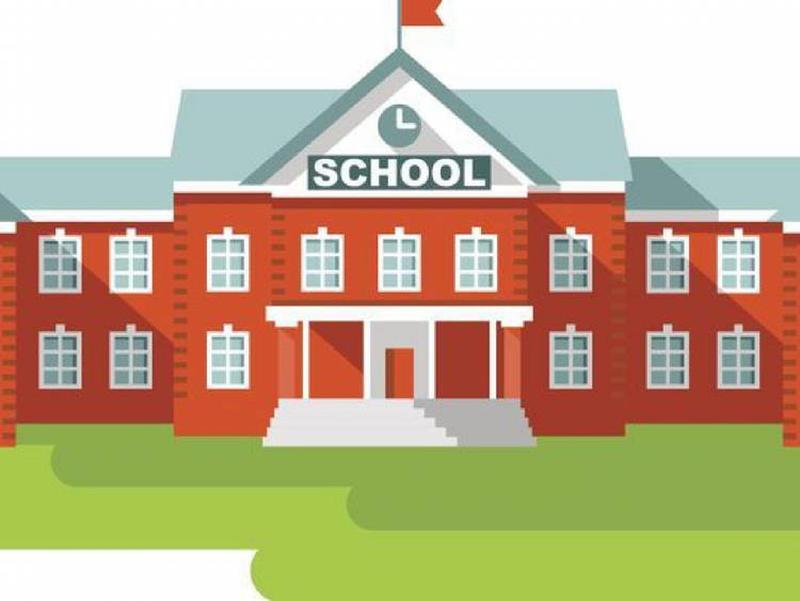 The story gets more bizarre. Michael Standaert's wife apparently called the principal of the school, but the response she got was not what you would expect. "The principal hung up on my wife when she called after saying it was 'international and good exercise' ... okay, yeah for adults maybe, but not 3-6 year old kids."

Usually a pole dance only costs you a couple of bucks, but this pole dance cost the principal his job. The Shenzhen education authority fired the principal. A social media post from the education bureau went as far as to warn their young students about the threats of pole dancing. Whatever amount of money the principal made from those ads was certainly not enough to make up for the fact that they lost their job. 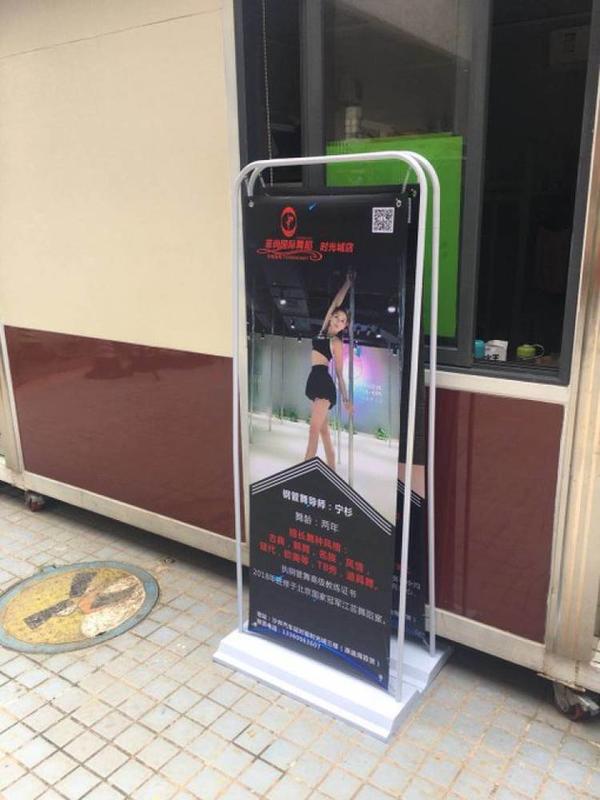 The reaction from Chinese social media users has been mixed. One user said, "pole dancing is by nature sexy and flirtatious, and by that measure, it is for the eyes of adults, not young children." While that is certainly true, another user had a different perspective: "Well, I'm speechless. Pole dancing could be an Olympic sport in the future. It's an art form."