Woman Destroys New Ferrari Seconds After Driving Out Of Dealership

Imagine spending almost half a million dollars on a Ferrari 458, and then crashing into the oncoming lane just a few seconds after leaving the dealership. While this story can be difficult to imagine, this is the exact thing that happened to a woman in China. The woman was driving on a wet road in a busy city center before her Ferrari lost control and swerved all over the road before having a frontal crash into a white BMW SUV. The driver was okay and sustained only minor injuries in the accident. 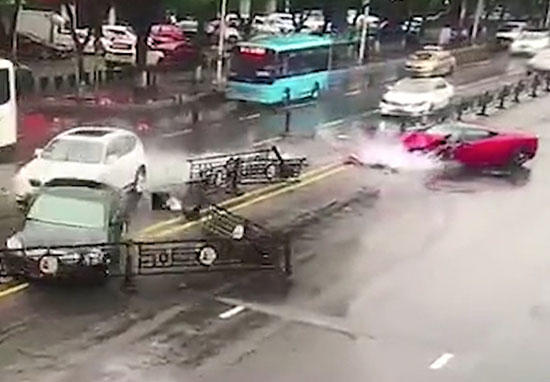 She Lost Control of Her Brand New Ferrari

A lot of people dream of having a Ferrari - but this was no ordinary Ferrari, this was the 458, one of the newest and most expensive models to come out of the Italian supercar factory. Unfortunately, the woman in question enjoyed her brand new Ferrari for mere seconds before crashing it, which resulted in the car being totaled before it even made its first 100 miles. 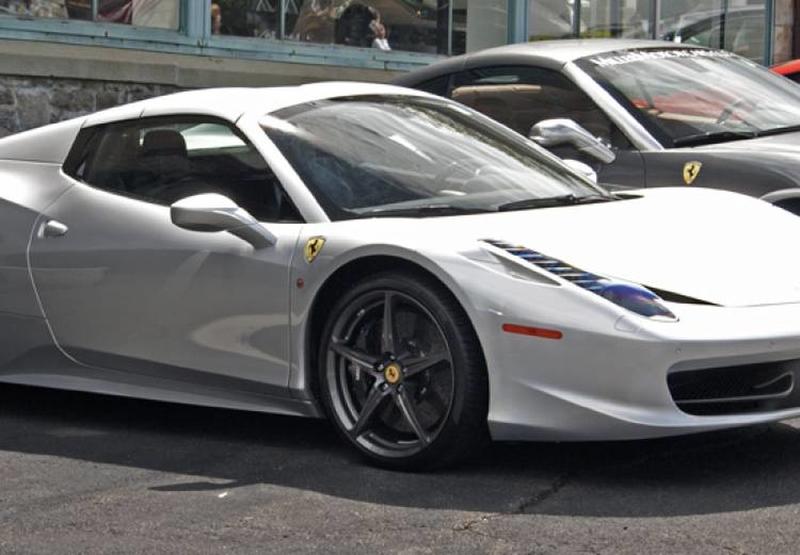 The woman left with only minor injuries, which is great news, and perhaps she can buy a new supercar in the future (if she still has the funds to do it). The Ferrari 458 cost nearly half a million dollars to buy and import into China - a sum that is greater than the sale price in the US and most European countries.

The Car Smashed Into a BMW 4x4

The video released from the accident shows the driver going over wet asphalt, before losing control of the vehicle, crashing through the barrier and hitting a large BMW 4x4. Before the driver started driving, she can be heard in the video saying that this is her first time driving a Ferrari, and the feeling is truly amazing. 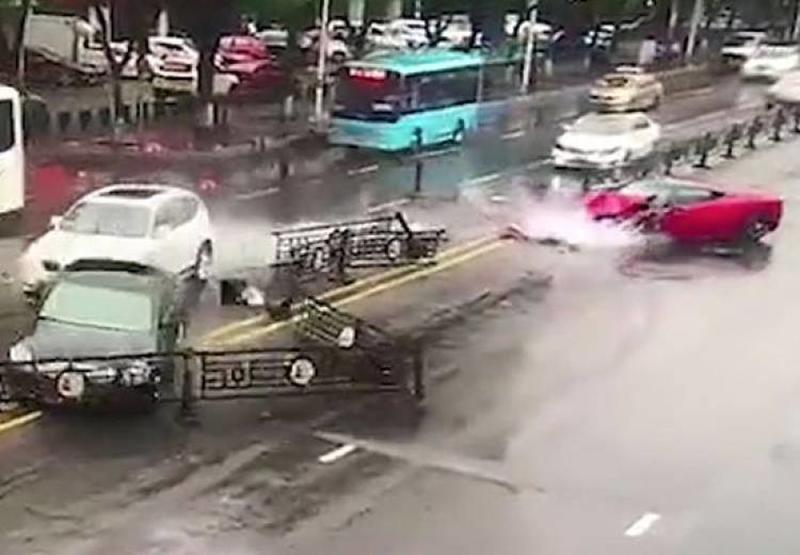 While those words are no doubt true, it is sad to see her enjoying the bliss of driving a Ferrari for just a few seconds before crashing into the large SUV. Many people can only dream of driving such a car, so you can easily imagine how horrifying it can be to lose control and end up totaling it. If the car was purchased with a loan, the driver could still end up paying most of the cost of the car.

After the Ferrari went through the barrier and into the oncoming lane, it crashed into the SUV, and then came to a complete stop. It isn't known whether the car engine was wrecked, but it can be seen that the car is not moving after the crash. The video seen here has been uploaded by traffic cameras in the busy city center, and the vehicle can be easily seen swerving out of control. New vehicles made in the past decade or so have ESP (electronic stability control), so it not known why the Ferrari lost control on the wet asphalt like that. 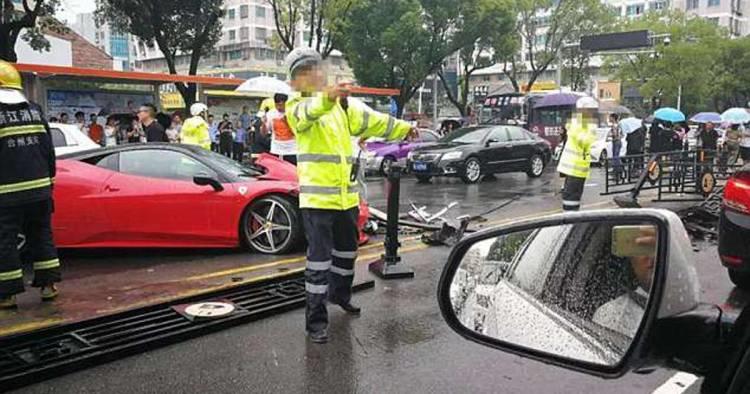 There is a possibility that the ESP system was turned off, which can easily be how the woman lost control. The Ferrari 458 features a massive engine with a lot of horsepower, and without a computer system to modulate the power, accidents like these can occur quite easily.