Coming up with a cool username can sometimes be a difficult task, but what's worse is when a person thinks of something they really like and then they find out it's been taken. Sure, this may not matter that much in let's say, certain video games, but if it's a social media account i.e. something a person would probably use for a longer time, then the regret of 'not thinking of it sooner' may appear. 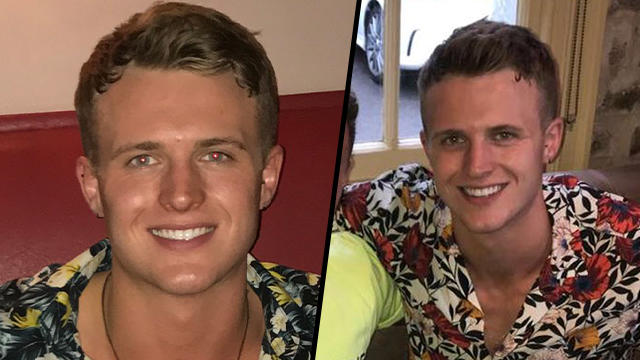 Ryan Set up a 2 Payments Deal to sell his Username

Instagram is one of the most popular social media platforms. Ryan had the username of 'rydoo' which happened to catch the attention of some random person. The guy in question apparently really wanted to have that username for himself, and he was even ready to pay money for it. Understandably, Ryan was hesitant to share bank information in the fear of being scammed, but the guy's offer was tempting. 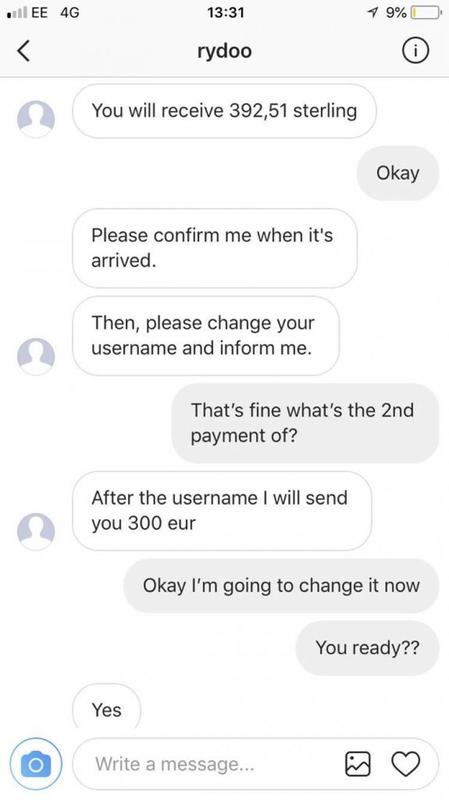 What could be seen in a screenshot offered by Ryan, (with the username 'rydoo' visible on top) the random person offers him 392,51 sterling and then asks him for confirmation that he had received them. The next request was for Ryan to change the username and to inform the random guy. After that was done, Ryan was to receive another 300 euros which would complete the deal and earn him good money for a simple username.

Nobody Believed That Ryan Would Actually Get Any Money

Regarding the situation, Ryan was quoted to say: "Basically I had had an offer for my username before, but when I got asked for an IBAN I didn't know what it was and thought the woman was trying to steal money off me. About eight days before I went to New York I realized I had an Instagram message request. I had explained how I wanted cash, since if you get cash through Paypal they can reverse the transaction". 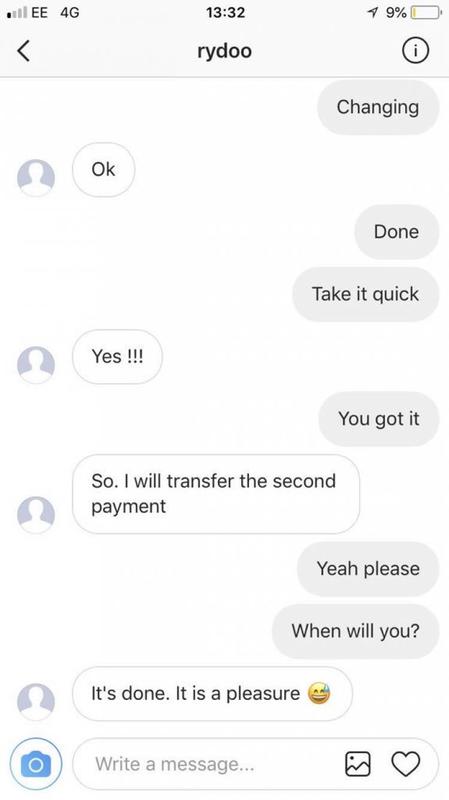 Ryan's friends didn't believe anyone would pay him, but he explained: "I had been out foot-golfing with the guys from college as it was our last week. The signal wasn't the best, but we were on the 3rd hole and I got the mail saying the first payment had been sent. When I saw I had been transferred £398 I couldn't believe it! I was running about telling everyone about out it in my group chats."

Ryan's Tweet Regarding the Situation Got Quite the Attention

In order to not get scammed, Ryan gave the random person information for an account that he didn't really use. In the aftermath, he really did receive the first payment and that's when he actually changed the username. After that, Ryan was ready to get the second half of the deal i.e. the other 300 euros. To Ryan's disbelief, he actually received the second payment. The deal had worked! 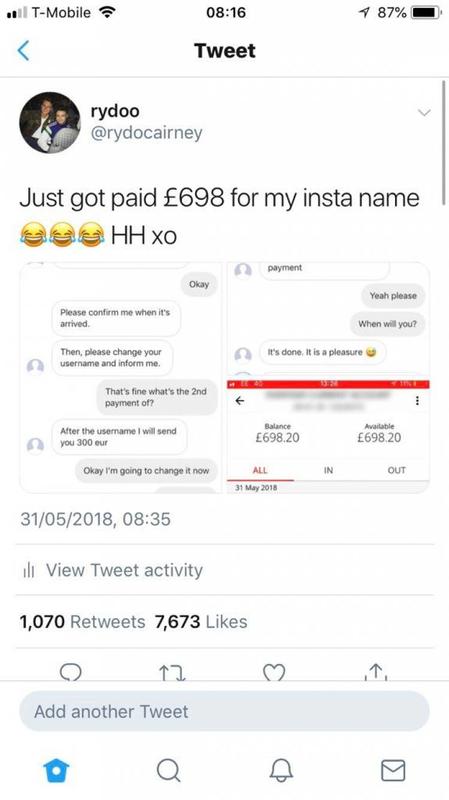 Ryan also made a tweet regarding the situation. This is what he says: "I couldn't believe it so I made the tweet almost instantly. I thought the tweet would do well. Like maybe 100 favorites or so, but I wasn't expecting it to do so well. I actually had to turn my notifications off. It couldn't have come at a better time as I was leaving for New York, San Francisco, and Las Vegas the following Wednesday."